The Devil and Daniel Webster
by Stephen Vincent Benet
Trial by Jury
by W.S. Gilbert and Arthur Sullivan 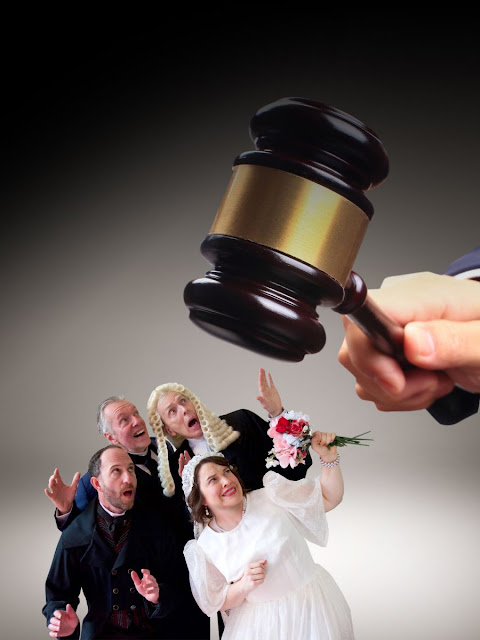 City Lit Theater's 2018-2019 season closer will be a double-bill of one-acts, dubbed TWO DAYS IN COURT, offering first a fantastic and then a silly and satiric look at the legal system. Artistic Director Terry McCabe will direct the bill, which will open with THE DEVIL AND DANIEL WEBSTER –  the play by Stephen Vincent Benet based on his 1936 short story.

It concerns a New Hampshire farmer who sells his soul to the Devil and when he seeks to get out of the deal is defended in “court” by Daniel Webster, a fictional version of the famous statesman, lawyer, and orator. The second half of the TWO DAYS IN COURT program will be Gilbert and Sullivan’s one-act operetta from 1875, TRIAL BY JURY. This short piece with a plot too silly to summarize was G & S’s first hit, leading to a career for their partnership that produced the classics THE PIRATES OF PENZANCE, HMS PINAFORE, THE MIKADO and many others. Daniel Robinson will be music director for the double-bill.

For thirty-nine years, City Lit Theater has been dedicated to the vitality and accessibility of the literary imagination. City Lit produces theatrical adaptations of literary material, scripted plays by language-oriented playwrights, and original material.