All good things must come to an end, and that includes Mary Zimmerman’s extended and highly recommended revival of Wonderful Town. Here at ChiIL Mama we adored this retro gem. I remember my mother singing me the songs from the production as a child, but I'd never seen it on stage. It held special meaning for her, since she saw it in New York, back in the early 60's! Before I was born, my parents relocated to New York from Cincinnati for a stint in their early 20's, when my father had a short term cross training there. The stellar acting, costumes, hilarious stylized set, and crazy catchy score brought those days back in glorious detail under the brilliant hands of director, Mary Zimmerman. 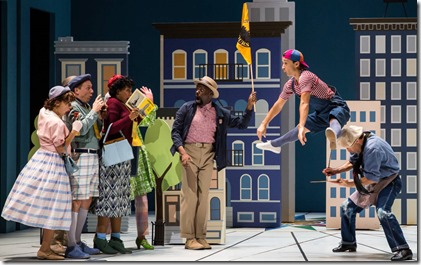 I'm still laughing about and loving the standing Taxi cabs whizzing across the stage, as I'm humming bars of tunes from the show. Goodman's Wonderful Town is playful, energetic, enthusiastic and all around fun. This sister act is a must see! Highly recommended. 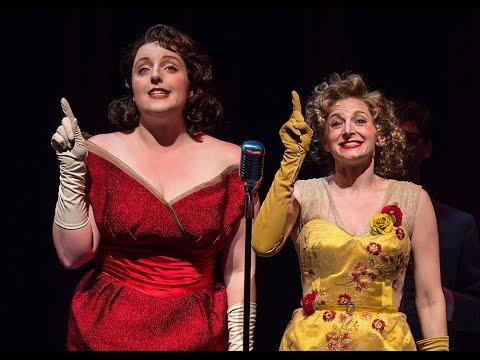 Don't miss this. Wonderful Town is now entering it's final extension, so don't delay if you haven't caught it yet, or go again, while you still can. This production was laugh out loud funny and had the audience grinning and toe tapping to the catchy numbers and empathizing with the still too timely story lines of struggling creatives trying to make it in the big city.

“It’s Love!” Goodman Theatre adds eight performances of Mary Zimmerman’s revival of Wonderful Town, extending the show through October 23. Featuring a company of over 40 actors and musicians, the Goodman production of Leonard Bernstein ’s whimsical love letter to Manhattan marks the first major revival in more than 10 years. The musical is based upon the hit Broadway play My Sister Eileen by Joseph A. Fields and Jerome Chodorov and the autobiographical short stories by Ruth McKenney. Fields and Chodorov later collaborated with lyricists Betty Comden and Adolph Green to create Wonderful Town—the musical adaptation of the play, which features 20 Bernstein songs—including “Ohio,” One Hundred Easy Ways,” and “A Little Bit in Love.” 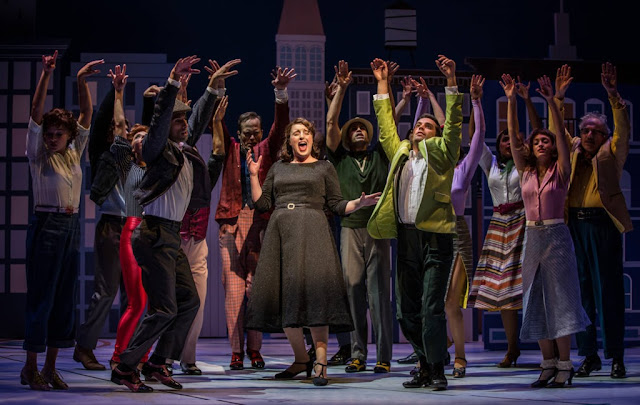 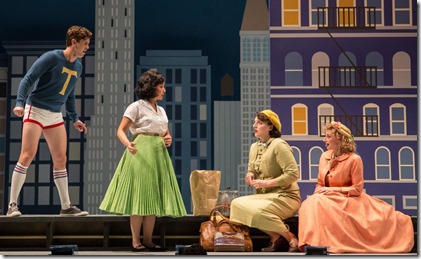 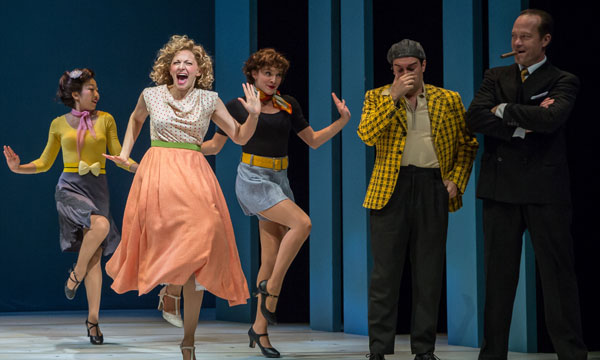 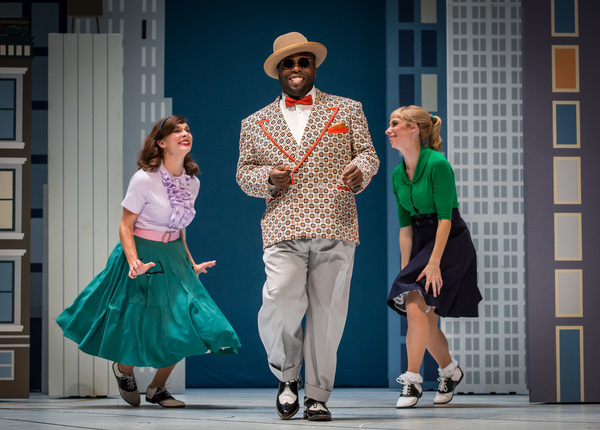 About Goodman Theatre
Called America’s “Best Regional Theatre” by Time magazine, Goodman Theatre has won international recognition for its artists, productions and programs, and is a major cultural, educational and economic pillar in Chicago. Founded in 1925 by William O. Goodman and his family in honor of their son Kenneth (an important figure in Chicago’s cultural renaissance in the early 1900s) and represented today by descendant Albert Ivar Goodman, Goodman Theatre has garnered hundreds of awards for artistic achievement and community engagement, including: two Pulitzer Prizes, 22 Tony Awards (including “Outstanding Regional Theatre” in 1992), nearly 160 Joseph Jefferson Awards and more. Under the leadership of Artistic Director Robert Falls and Executive Director Roche Schulfer, the Goodman’s artistic priorities include new plays (more than 150 world or American premieres in the past 30 years), reimagined classics (including Falls’ nationally and internationally celebrated productions of Death of a Salesman, Long Day’s Journey into Night, King Lear and The Iceman Cometh, many in collaboration with actor Brian Dennehy), culturally specific work, musical theater (26 major productions in 20 years, including 10 world premieres) and international collaborations. Diversity and inclusion have been primary cornerstones of the Goodman’s mission for 30 years; over the past decade, 68% of the Goodman’s 35 world premieres were authored by women and/or playwrights of color, and the Goodman was the first theater in the world to produce all 10 plays in August Wilson’s “American Century Cycle.” Each year, the Goodman’s education and engagement programs serve thousands of students, teachers and life-long learners. In addition, for nearly four decades A Christmas Carol has led to the creation of a new generation of theatergoers in Chicago.