American Blues Theater, under the continued leadership of Artistic Director Gwendolyn Whiteside, announces the cast of August Wilson’s Fences, directed by Monty Cole. The intimate and up-close production of the Pulitzer Prize-winning drama will play to a capacity of 60 people per performance

This is the sensational drama about Troy Maxson, a former star of the Negro Baseball League, who now works as a garbage man in 1957 Pittsburgh. Excluded as a black man from major leagues during his prime, Troy’s bitterness takes its toll on his relationships with his wife and family.

MONTY COLE he/him (director) is an award-winning theater and film writer-director from Oak Park, IL. He has directed for the Goodman Theatre, Steppenwolf, Center Theatre Group, The Playwrights Center, Oregon Shakespeare Festival, The Repertory Theatre of St. Louis, Victory Gardens Theater, the Center for New Performance, Cape Cod Theatre Project, Alley Theatre, and others. Recent projects include directing the workshop of world premiere Adrienne Kennedy play, Etta and Ella on the Upper West Side for the Center for New Performance in California. His re-interpretations of classics from Eugene O'Neill's The Hairy Ape to Hamlet have received awards and critical praise in Chicago. As a writer, his plays include American Teenager (a commission from the Goodman Theatre) and Black Like Me, an adaptation of the 1961 novel currently in development with The Repertory Theatre of St. Louis. Cole was one of four writers in the Goodman Theatre's Playwrights Unit and is currently an Artist in Residence at the Center for New Performance, a fellow at Hermitage Artist Retreat, and a Research Scholar of the Bridge to Faculty at UIC. In 2021, Cole directed three short films: SIX FEET APART by Isaac Gomez, SONS OF TOLEDO, written by Cole and Matt Foss, and his own short, WHOLE. SONS OF TOLEDO has appeared in film festivals around the world including winning Best African American Short at the Phoenix Film Festival, while the other two shorts are in post-production. Monty has a BA in Theatre Studies from Emerson College and an MFA Directing degree from the California Institute of the Arts.

MANNY BUCKLEY he/him (Gabriel) is a proud Ensemble member of American Blues Theater. He is a Chicago-based director, actor, playwright and teaching artist. Blues credits include It’s a Wonderful Life: Live in Chicago!, Six Corners, Looking Over the President’s Shoulder (Jeff Award Nomination-Best Solo Performance), and Dutchman/TRANSit (Black Theatre Alliance Award Nomination). Manny toured nationally as “Satchel Paige” in the original production of The Satchel Paige Story, and appeared in The Father (Helen Hayes Award Nomination) at Studio Theatre in Washington, D.C. He originated the role of “Carson” in Hit the Wall, which sold out extensions in Steppenwolf’s Garage Rep. Select Chicago credits include The Brothers Size, 1984, and Of Mice and Men (Steppenwolf); Dorian (House Theater); and Love’s Labor’s Lost (Chicago Shakespeare Theatre). Mr. Buckley is the recipient of a Black Theatre Alliance, and Black Excellence Award. He most recently directed Kingdom, an audio drama, with Broken Nose Theatre.

AJAX DONTAVIUS he/him (Cory) is a Chicago-based actor who is so excited to join this amazing production of Fences. Previously, Ajax has co-starred on NBC’s Chicago P.D. and will appear on the second season of AMC’s 61st Street. He was last seen on stage in Lifeline Theatre’s stage adaptation of Middle Passage as Rutherford Calhoun.

WILLIAM ANTHONY SEBASTIAN ROSE II he/him (Lyons) is a Chicago based actor most recently featured as King Henri Christophe in The House Theatre’s The Tragedy of King Christophe. He was last seen in an on-stage, in-person production with Broken Nose Theatre’s Labyrinth as a still wet behind the ears loan officer. He has also had the privilege of working with Kunoichi Productions virtual presentation of The True Tale of Princess Kaguya as the psychotic Emperor and power hungry but moronically pathetic Prince; a man searching for his truth in Victory Gardens Theater’s The First Deep Breath; a dilettante English lord fancying himself an amateur sleuth in Whose Body, Lifeline Theatre; a forgotten political prisoner fighting for change in We Are Pussy Riot, Red Tape Theatre. You can also see him on display now in the Chicago Maritime Museum exhibit as the founder of Chicago, Jean Baptiste Point du Sable. TV credits include Lovecraft County. Represented by Big Mouth Talent Agency.

RILEY WELLS she/her (Raynell) recently worked on a short film They Say Time Heals as Anisah as well as the CW’s television show 4400. Riley studies dance and acting at FieldCrest School of Performing Arts. She also studies voice and piano at the MuzicNet. For fun, Riley enjoys engineering, space, gymnastics. 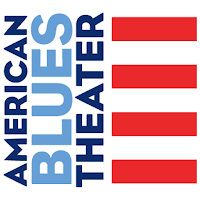 The diverse and multi-generational artists have established the second-oldest professional Equity Ensemble theater in Chicago. As of 2022, the theater and artists received 221 Joseph Jefferson Awards and nominations that celebrate excellence in Chicago theater and 40 Black Theatre Alliance Awards. The artists are honored with Tony Award and Pulitzer Prize nominations, Academy Awards, Golden Globe Awards, Emmy Awards and numerous other accolades.

Posted by Bonnie Kenaz-Mara at 3:02 PM No comments: