OPENING: The triumphant all-American opera returns to Lyric -- The Gershwins’Porgy and Bess

The triumphant all-American opera returns to Lyric
The Gershwins’
Porgy and Bess
by George Gershwin, DuBose and Dorothy Heyward and Ira Gershwin 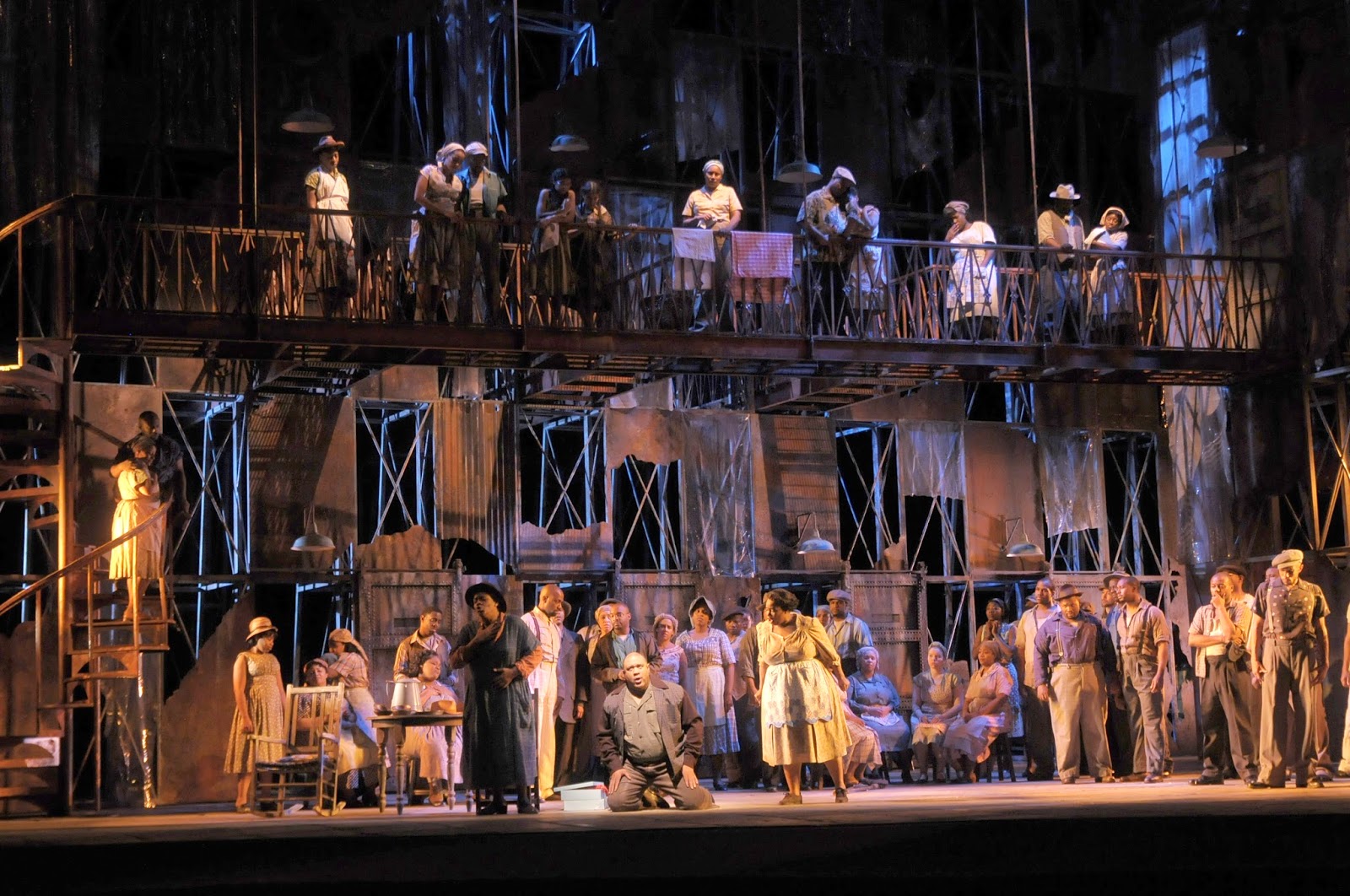 Lyric Opera is a favorite of ours here at ChiIL Mama/ChiIL Live Shows. Their immense talent pool, lavish sets, and ability to make the rarified world of opera accessible and interesting to novices and aficionados alike, are nothing short of impressive. The 2014 season continues in the same vein with this familiar Gershwin score – including jazz standards “Summertime,” “I Got Plenty o’ Nuttin’” and “Oh Lord, I’m On My Way”. This production is a great way for jazz fans to be introduced to opera or for opera fans to hear classic jazz/musical theater work in a new way. 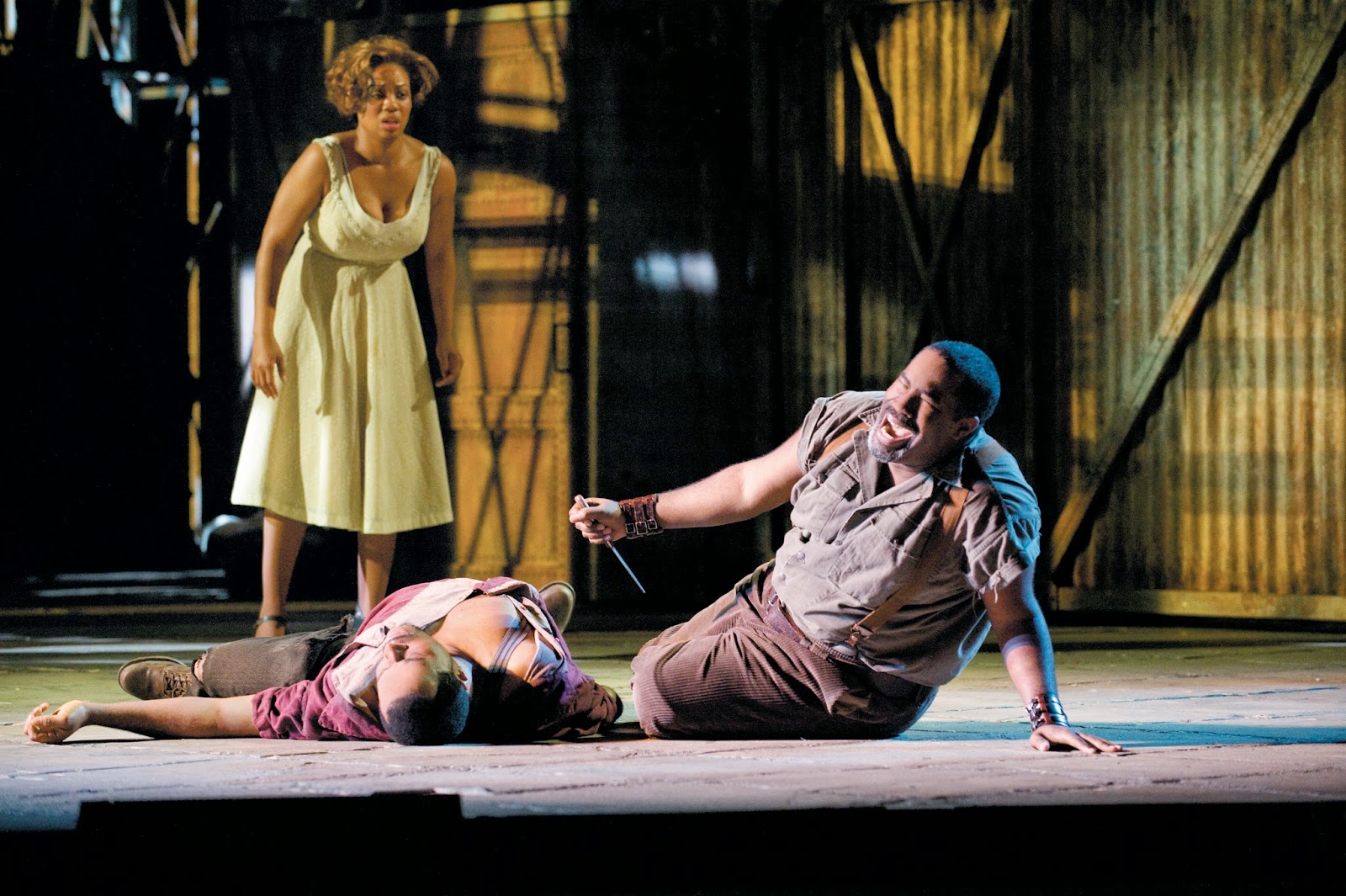 Hailed by innumerable critics as the greatest American opera, George Gershwin’s masterpiece of 1935 has lyrics by Ira Gershwin (the composer’s brother) and Dorothy Heyward, and a libretto by Mrs. Heyward’s husband, DuBose Heyward. The opera is based on the 1927 Broadway play Porgy by Mr. and Mrs. Heyward and Mr. Heyward’s own novel of the same name, written in 1924.

Onstage in the opera Porgy and Bess, an entire community comes to life: the fictitious tenement called Catfish Row on the shore of Charleston, South Carolina. It is there that the lame Porgy (bass-baritone Eric Owens) meets and falls in love with the sultry Bess (soprano Adina Aaron, Lyric debut), girlfriend of the hulking Crown (baritone Eric Greene). Bess leaves Crown to live with Porgy but is susceptible to the drugs (“happy dust”) offered her by the devious Sportin’ Life (tenor Jermaine Smith). The cast also includes soprano Karen Slack (Lyric debut) as the devout Serena, soprano Hlengiwe Mhkwanazi (Lyric debut) as the endearing young mother Clara, contralto Gwendolyn Brown as the earthy Maria, and baritone Norman Garrett (Lyric debut) as Clara’s warmhearted husband Jake.

Porgy and Bess will be conducted by Ward Stare and directed by Francesca Zambello.  Peter J. Davison is set designer, Paul Tazewell is costume designer, Mark McCullough is lighting designer, Michael Black is chorus master, and Denni Sayers is choreographer and associate director.

Says Anthony Freud, Lyric’s general director, “Lyric had such a great success with the company premiere of Porgy and Bess during the 2008-09 season that we decided to bring this magnificent work back for further performances in Francesca Zambello’s vibrant, revelatory production. Ward Stare conducts an almost totally new cast, including the incomparable Eric Owens in the title role.” 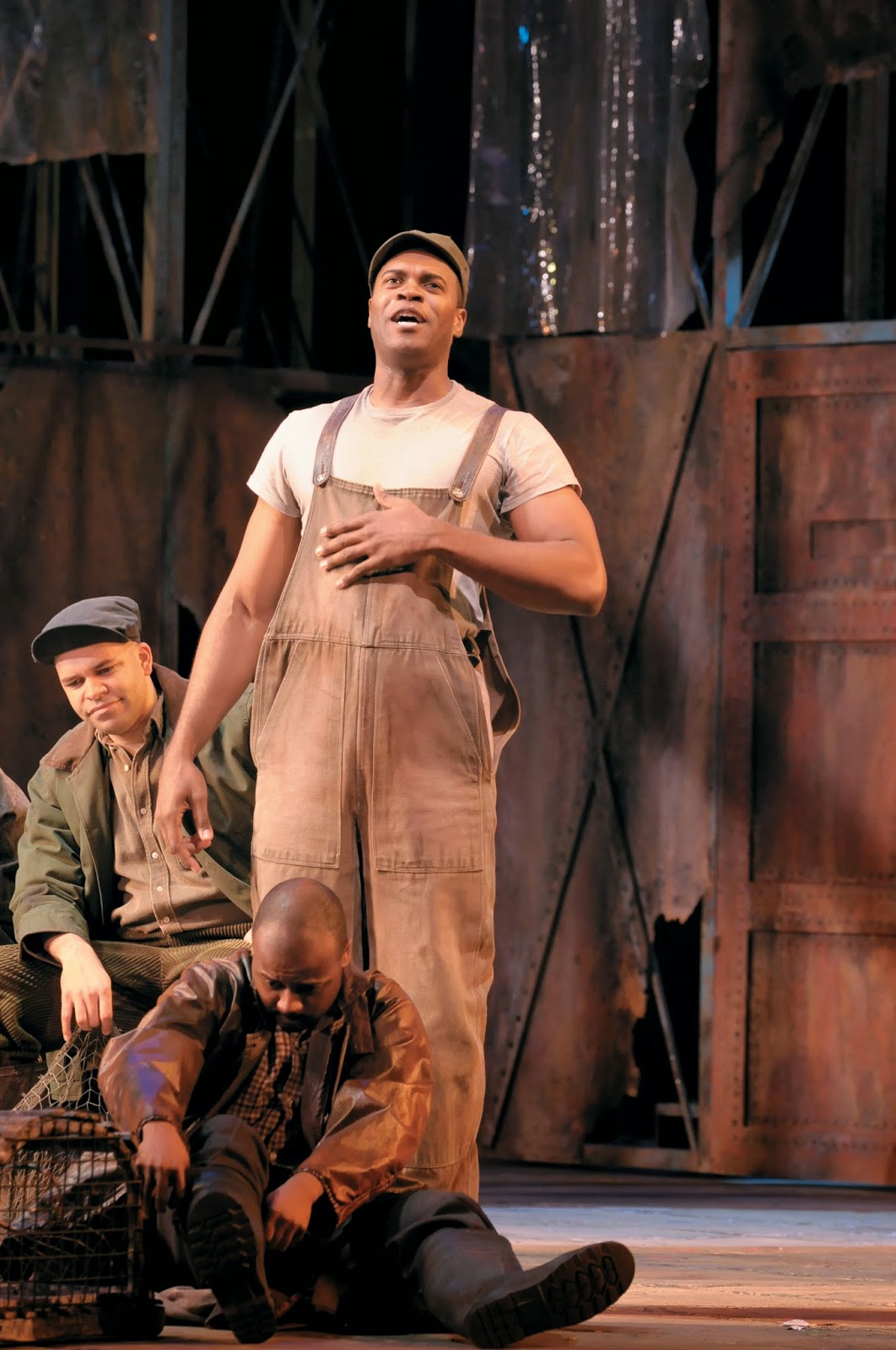 For tickets and information call (312) 827-5600 or go to lyricopera.org/porgy. Watch video and read articles about this production at lyricopera.org/InsidePorgy.

The Nov. 17 opening night performance will be broadcast live on 98.7WFMT and streamed on wfmt.com starting at 7:15pm. For those listening to the broadcast, live mobile titles will be available at lyricoperalive.org.

Operagoers can also enjoy the exhibit DON GIOVANNI: Past to Present before curtain and during intermission of all Lyric performances. Located in the Opera Club Wine Cellar on the lower level of the Civic Opera House, this new exhibit showcases the 60-year history of Mozart’s Don Giovanni at Lyric and pays tribute to Lyric’s brand-new production. It is free to all ticket holders and will on display through December.