Get your geek on with a rendition of Christmas Carol like no other! Here at ChiIL Live Shows, we caught A Klingon Christmas Carol a few years back and were astonished. It plays out like a foreign language movie with subtitles, yet the carefully crafted script and translation is far from gibberish. The Klingon values of courage and honor shine through and the language is impressive, to say the least. This is a must see for Star Trek fans and anyone who enjoys pop culture, unique takes on holiday classics, and a fun night out.

The performance schedule is Thursdays and Saturdays at 8:00PM and Sundays at 2:00PM (with a special Friday performance on December 1st at 8:00PM). Tickets are $22 and may be purchased at edgeoforion.com/purchase-tickets/.

A Klingon Christmas Carol is the first play to be performed entirely in Klingon, a constructed language first appearing in Star Trek. It is the Charles Dickens classic tale of ghosts and redemption, adapted to reflect the Klingon values of courage and honor, and then translated into Klingon (performed with English supertitles).

ABOUT E.D.G.E. THEATRE
E.D.G.E.’s anachronism stands for “Esteem Development through Greater Expectations”. Using the theatre arts, they educate and entertain to foster the tools of social change. E.D.G.E has a goal of finding every participant’s personal best and holding them accountable to it. E.D.G.E. main thrust is developing theatre for marginalized communities and to bring a message of non-violence, civic and social change through exploration of the theatre arts. E.D.G.E.’s four sectors are: E.D.G.E Core, company produced classes offered on a select curriculum in theatre, social skills, history and stage combat; E.D.G.E. Satellite,

E.D.G.E programs produced, collaborated or sub contracted by an outside produced program; E.D.G.E Troupe, a professional actor program providing a training ground for interns from our marginalized community to observe the highest standards of professionalism and be part of the process and E.D.G.E Workshops, limited time commitment programs are meant to harness their educational and entertainment abilities in a workshop environment. These programs are targeted for school assemblies, conventions, and camps.

Posted by Bonnie Kenaz-Mara at 8:04 AM No comments:

CHOIR BOY, which was first produced by the Manhattan Theatre Club in New York during the summer of 2013, concerns a gay teenage boy in an all African-American prep school. The Charles R. Drew Prep School for Boys is dedicated to the development of strong, ethical black men. Pharus wants nothing more than to take his rightful place as leader of the school's legendary choir. Can he find his way inside the hallowed halls of this institution if he sings in his own key?

Regular run: Friday, October 6 – Sunday, November 12, 2017
Curtain Times: Thursday, Fridays and Saturday at 7:30 pm; Sundays at 3 pm. Please note: there will not be a performance on Thursday, October 5.

Tarell Alvin McCraney (Playwright) is well-known to Chicago audiences for his acclaimed trilogy, The Brother/Sister Plays: The Brothers Size, In the Red and Brown Water, and Marcus; or the Secret of Sweet, which were performed at Steppenwolf Theatre in 2010. He was named a Steppenwolf ensemble member that year, and his play Head of Passes received its world premiere there in 2013, the year he received a MacArthur Fellowship “Genius Grant.” On February 26 of this year, he shared an Academy Award with Barry Jenkins for “Best Adapted Screenplay” of Moonlight, which was also named “Best Picture” of 2016 by the Academy.

Michael Menendian (Director) is co-founder and co-artistic director of Raven Theatre through the current season, where he has directed over 50 productions in the past 35 years.  Some favorites include The Last Meeting of the Knights of the White Magnolia, Cobb, A View from the Bridge, You Can’t Take It With You, Glengarry Glen Ross, Marvin’s Room, Golden Boy, A Streetcar Named Desire, Death of a Salesman, Beast on the Moon, and Direct from Death Row The Scottsboro Boys.  He is the recipient of nine Joseph Jefferson, and multiple After Dark awards.  Mr. Menendian has also directed for such companies as The Meetinghouse Theatre (Boston), Victory Gardens Theatre, The New Haven Playhouse, Oak Park Village Players, Chicago Dramatists, and The Agency Theatre Collective.

OPENING: Haven at Raven US PREMIERE OF THE DISTANCE 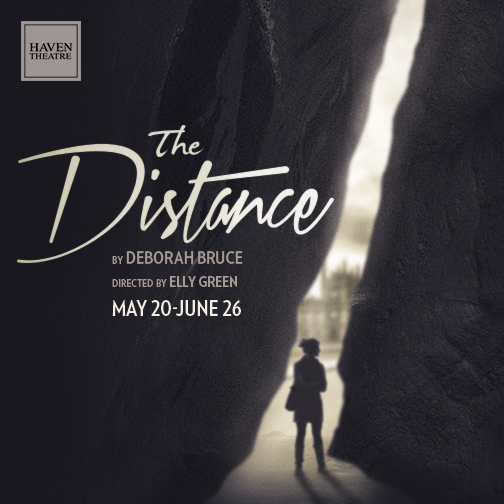 Tonight we'll be ChiILin' with Haven at The Raven for opening night of the US Premiere of The Distance. Check back soon for our full review.

Haven Theatre Company announces the United States premiere of Deborah Bruce’s The Distance, directed by Elly Green, at the West Stage within the Raven Theatre Complex, 6157 N. Clark St., May 20 – June 26. The regular schedule is Thursday – Saturday at 8 p.m. and Sunday at 3:30 p.m. Regular run tickets are $28, senior/student/industry tickets are $14 and preview tickets are $10. You may purchase tickets and get more information at www.haventheatrechicago.com.

Good friends should be there for one another - no matter what. However, when Bea returns home to England after five years abroad, having made a bold choice about her life, old friends struggle to support her or even to understand. One night in Brighton, things threaten to slide into chaos...The Distance is a painfully funny play about motherhood and fatherhood, about keeping control and about letting go.

ABOUT PLAYWRIGHT DEBORAH BRUCE
Deborah Bruce is a celebrated theatre director with over 20 years of experience. She recently began writing and several of her works have been published by Nick Hern books. The Distance has recently been performed in Melbourne Australia, as well as enjoying a revival in the UK. It was a finalist in the 2012/13 Susan Smith Blackburn Prize. Bruce is currently writing an original drama for the BBC with Tanya Ronder. She has been commissioned to write plays for the National Theatre and The Royal Court in London. Other work Bruce has written include Joanne (Clean Break), Same (National Theatre) and Godchild (Hampstead Theatre Downstairs).

ABOUT DIRECTOR ELLY GREEN
Elly Green is a British freelance text-based theatre director based in Chicago who received her MFA in Theatre Directing at Birkbeck College, University of London from 2004-2006. Since moving to Chicago, she has directed for Sideshow Theatre Company, Strawdog Theatre Company, Trap Door Theatre, Stage Left Theatre, Redtwist Theatre, Theatre Seven, Livewire Theatre Company and assisted for the Court Theatre and Chicago Shakespeare Theatre. Her first production in the United States. was The TomKat Project at the Playground Theatre, which then transferred to the New York Fringe in 2013.

Previously, Green worked as a freelance director in the United Kingdom for several years in London and in regional theatres, including the Royal National Theatre, Royal Court Theatre, AlmeidaTheatre and Royal & Derngate, Northampton. She has an equal passion for classic and contemporary material and for several years in London, worked as a director and producer for Brother Tongue, a company she co-founded which focused on producing new translations of European work.

ABOUT HAVEN THEATRE COMPANY
Haven Theatre Company, led by Artistic Director Josh Sobel and Executive Director and Founder Carol Cohen, is dedicated to nurturing empathy and passion in the Chicago community through championing artistic voices, visions and values that are staking their claim within the immediate future of the American Theatre.
Posted by Bonnie Kenaz-Mara at 10:43 AM No comments: