SAVE THE DATES: ATC Announces 12 New CORE Projects Throughout Season 33 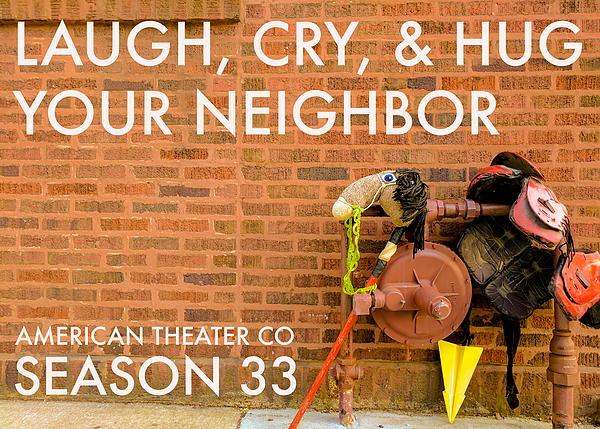 "At ATC, we are invested in exploring unique ways of making new plays for the American theatre,” says Artistic Programs Manager Sarah Slight. “The artists who've received residencies this year are looking at new work from a variety of perspectives and approaches. On the presentation date, you might experience anything from a movement sequence to a staged reading to a guided design tour. For us, the anticipation of cutting-edge artistry is incredibly exciting. We've spread the residencies out this season to ensure that ATC’s space is filled with as many artists as possible throughout the year. Please join us in celebrating their tremendous work all season.”

CORE awards a free week of rehearsal space and a presentation of the work to groups of artists and works in progress. CORE artists will receive space to work and present, as well as basic artistic, technical and box office support.

Tickets to CORE performances are free with a suggested donation of $15. To make a reservation, please visit http://www.atcweb.org/.

Black Like Me – Monday, August 7, 2017
Adapted and directed by Monty Cole
Based on the book by John Howard Griffin

In 1959, John Howard Griffin--a white man from Texas--began the process of dyeing himself black. Two pills and regular sessions under a sun lamp made Griffin’s skin “black enough” to pass, and he set out on a journey through the South to discover what it was like to be a black man. His book, Black Like Me, was published in 1961 and made into a movie in 1965. Now Cole, working with an ensemble of actors, will explore the question “What does it mean to be black in America?” and, ultimately, create a script that depicts Griffin’s experience against the contemporary black experience.

Kissing is a multidisciplinary piece which explores cultural customs and personal stories around kissing. It explores how this simple gesture might invigorate our current world order with more joy, love and tenderness.

Presented in conjunction with About Face Theatre's First DrAAFT Series - a program designed to feature the artistic work of AFT's Artistic Associates - playwrights Sprunger and Stovall will workshop and present an adaptation of Baldwin's 1956 novella Giovanni's Room.

Dig is a new work in development which explores the themes of romantic love, non-monogamy, trans identities, mental illness, and how to overall exist within, challenge, and/or fight the flawed legal system within this country. On the night after their lover's funeral - a trans-masculine person from a highly conservative and religious small-town family - 2/3rds of the remaining romantic triad sneak into their deceased partner's apartment to try to come to terms with the tragedy at hand, but the night takes another-worldly, empowering, and illegal turn as they piece together the truth around their partner's death.

(saliva) things that i like about my partner that are not their mouth or genitals – Monday, September 18, 2017
By Jasmine Jordan and Valerie Gallucci

(saliva) is about sex, about discovering sex and sharing every detail with a best friend, about keeping score, about discretion, about bodies, about lust, about shame, about exes, about celebration. It is by two friends who don't have sex the same way or make art the same way and are figuring that out. It requires those two friends to learn how to dance, learn how to give a lecture, and learn how to work together for the first time since they were sixteen.

Through a series of performance pieces called Any of my Enemies, using a shared title, themes, and devising techniques, an assembly of performers and designers will collaborate to build a series of short performance scenes. This will be a radically inclusive project that incorporates multiple modes of accessibility.

Javier C. is dead, and in his wake are fragments and scraps of his magnum opus mailed mysteriously from New Mexico to his group of ex-friends in New York. Carlos Murillo's Diagram of a Paper Airplane is the first in a trilogy of plays that examine the capacity of friendships to withstand the unimaginable.

As part of their process leading up to production, Metzgar and Murillo will receive a CORE pre-production week to explore a key element(s) of the play.

To The Moon is a clear-eyed, unapologetic, fierce and tender portrayal of domestic abuse and its survivors. Knowing that such abuse impacts people from all walks of life, five diverse women collaborated to interview survivors and weave together their narratives - stories of strength and wit and loss and hope. Led by playwright Beth Kander, these collaborators' efforts yield a tough and touching true-stories-inspired stage play, which documents and dramatizes the tragic realities of domestic abuse in America.

La Ronde – Monday, March 26, 2018
A reimagining based on the play by Arthur Schnitzler
Directed by Dani Wieder
Choreography by Andy Slavin

This re-imagining explores Arthur Schnitzler's play from 1900 that, while innovative in its form, imagines intimacy as limiting us from reaching our fullest potential - a closed circle, la ronde. Through a combination of his original text and choreography by Andy Slavin, Dani Wieder and the ensemble ask how we can grow wider and become more as we move through and around the lives of others.

FARMED is a socio-political musical by composer and singer Trevor Bachman. Inspired by the text of George Orwell’s Animal Farm, FARMED combines song, literature, and interview to examine race and class structures in America. Continuing in the tradition of artists like Liz Swados and Joe Papp, Bachman sews a soul-stirring patchwork of fabrics from a diverse and divided country.

A young black woman enters the house of a ruined tobacco plantation, as an indentured servant, two years after the Civil War. She is swept away in the world of this South Carolina grand plantation, now reduced to nothing more than a farm, and finds herself entangled in a triangle of both love and lust between herself, the misses of the house, and the misses’ husband. Soot & Linen is a historical and daring TV series that explores the prominent ways black women were desired, hated, loved and abused during slavery and in many ways still are.

Season subscriptions for Season 33 are on sale now and range from $40-$114, with special pricing available for members under the age of 35. To purchase a subscription or for more information, visit
www.atcweb.org or call the ATC Box Office at 773-409-4125.