WORLD PREMIERE Of BURY ME Via Dandelion Theatre At Rivendell Theatre Through July 28, 2019

Expecting parents Josh and Michelle visit Josh’s mother, his ailing stepfather, and his outspoken half-sibling Ru in Josh’s small Missouri hometown, where Ru’s pro-Choice activism is causing a stir. Events including a chance encounter with his high school crush, soon move questions of life and death from the philosophical to the practical. With heart and humor, BURY ME’s recognizable characters face the ways in which life begins and ends. BURY ME will be performed at Rivendell Theatre, 5779 N. Ridge, Chicago through July 28, 2019.

A semi-finalist for the Eugene O'Neill Theatre Center's 2018 National Playwrights Conference, Frauenhoffer has developed full-length plays in association with companies including The New Colony, Sideshow Theatre, and Dandelion. Her one-act plays have been produced by American Blues Theatre, Commission Theatre Company, 20% Theatre Company, and the Chicago One Minute Play Festival, among others.

BURY ME  will be directed by Chicago-based director, performer, and cultural critic Ben Kaye. Kaye directed the Chicago premieres of Nick Flynn’s ALICE INVENTS A LITTLE GAME and ALICE ALWAYS WINS, and his production of FORSYTHIAN DWELLER’S CLUB with Bittersweet Arts Co. enjoyed an award-winning run at the Minnesota Fringe Festival. He has directed or assistant directed with companies including world premiere productions with Nothing Without a Company, The Hypocrites, The New Colony, and Bittersweet Arts Co. 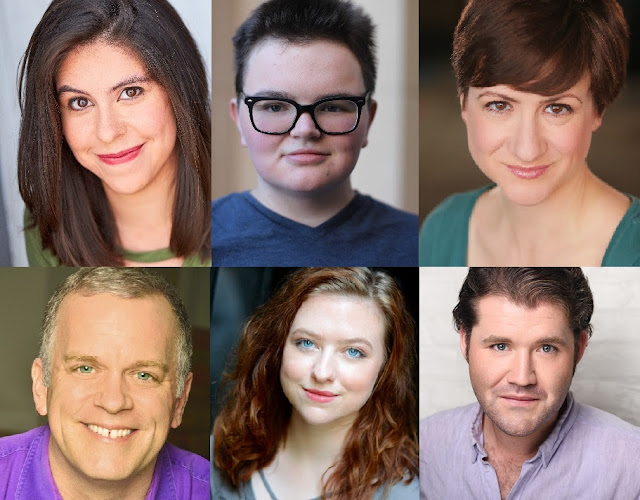 Michelle and Josh didn't mean to get pregnant. Five months along, they return to Josh's rural hometown to visit his fiercely loving yet overworked mother, ailing stepfather, and outspoken teenage sibling. Upon their arrival in Pacific, Missouri, a fateful fender-bender brings new and old truths into the light and forces each of them to evaluate their beliefs about parenthood, in God, and in the plans that they've made for their lives.

Brynne Frauenhoffer (Playwright) Raised in Missouri and educated in Oklahoma, Brynne now calls Chicago home. Her first full-length work, BURY ME, has been selected for readings at Echo Theater, Theatricum Botanicum, and Dandelion Theatre Company. She developed SYNCHRONICITY with The Writers Room at The New Colony, where it was selected for a staged reading. SYNCHRONICITY later won the 2016 Davey Foundation Theatre Grant, received a workshop at Salt Lake Acting Company, and was selected as a semi-finalist for the Eugene O'Neill Theatre Center's 2018 National Playwrights Conference. JANE'S HEIR (IT'S BRONTE BITCH) was developed for Adapt Theatre Productions. Most recently, Commission Theatre Company produced a reading of Brynne's full-length PIZZA HUT HEARTBREAKER and Sideshow Theatre Company commissioned PRO-AM or The Freshness Initiative 2018.

Brynne's short plays have been produced by American Blues Theater, Commission Theatre Company, 20% Theatre Company, and the Chicago One Minute Play Festival. As a script supervisor and director's assistant, she has worked on the world premieres of LOOK, WE ARE BREATHING (Rivendell Theatre Ensemble), AMERICAN BEAUTY SHOP (Chicago Dramatists), and A WORK OF ART (Chicago Dramatists). She also profiles Chicago theatremakers for PerformInk.

Currently, Brynne is devising AGE PLAY with The New Colony and creating SHITTY CHRISTIANS, OR TURN TO ROMANS 3:23 with some of her best friends for a reading at The Prop Thtr's Church of the New Play. This summer, she looks forward to workshopping THE YOUNG ONES with First Floor Theatre.

BURY ME will be her first full-length production.

Ben Kaye (Director) Ben Kaye is a Chicago-based director, performer, cultural critic, and the Managing Director of Red Tape Theatre. He has directed, and assistant directed, on world premiere productions with Nothing Without a Company, The Hypocrites, and The New Colony, and his performance credits include work with Steep Theatre, Victory Gardens Theater, Haven Theatre, and Porchlight Music Theatre. He directed the Chicago premiere of Nick Flynn's ALICED INVENTS A LITTLE GAME and ALICE ALWAYS WINS, and his production of FORSYTHIAN DWELLER’S CLUB with Bittersweet Arts Co. enjoyed an award-winning run at the Minnesota Fringe Festival. See more at thebenkaye.com. 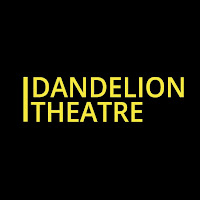 DANDELION THEATRE
Dandelion Theatre, founded in 2014 by Artistic Director Katherine Lamb, is committed to creating experiences that inspire and vitalize artists and audience members alike. It seeks to attain this by cultivating community, fostering the artistic process, and valuing truthful discourse.
Posted by Bonnie Kenaz-Mara at 7:17 AM No comments: