Akvavit Theatre Completes Their “Nordic Cycle,”
With U.S. Premiere Of Icelandic Comedy
MISHAP! By Bjarni Jónsson, Opening February 20, 2013.
Having produced plays from Denmark, Finland, Norway and Sweden in its short history, the company now presents its first Icelandic piece.
ChiIL Live Shows will be there Saturday to check it out, so check back early and often for our full review shortly.  We dig multicultural pieces and make a point to see theatre from around the world.

Still, as an American half Swede, who has been back to Sweden twice, I'm particularly interested in Akvavit's mission, "to investigate and encourage discussion about what “Nordic” means and how it is perceived through translated theatre performance." The plays Akvavit produces give Nordic countries a strong voice in North America while contributing to the vibrant intercultural theatre scene already thriving in Chicago. 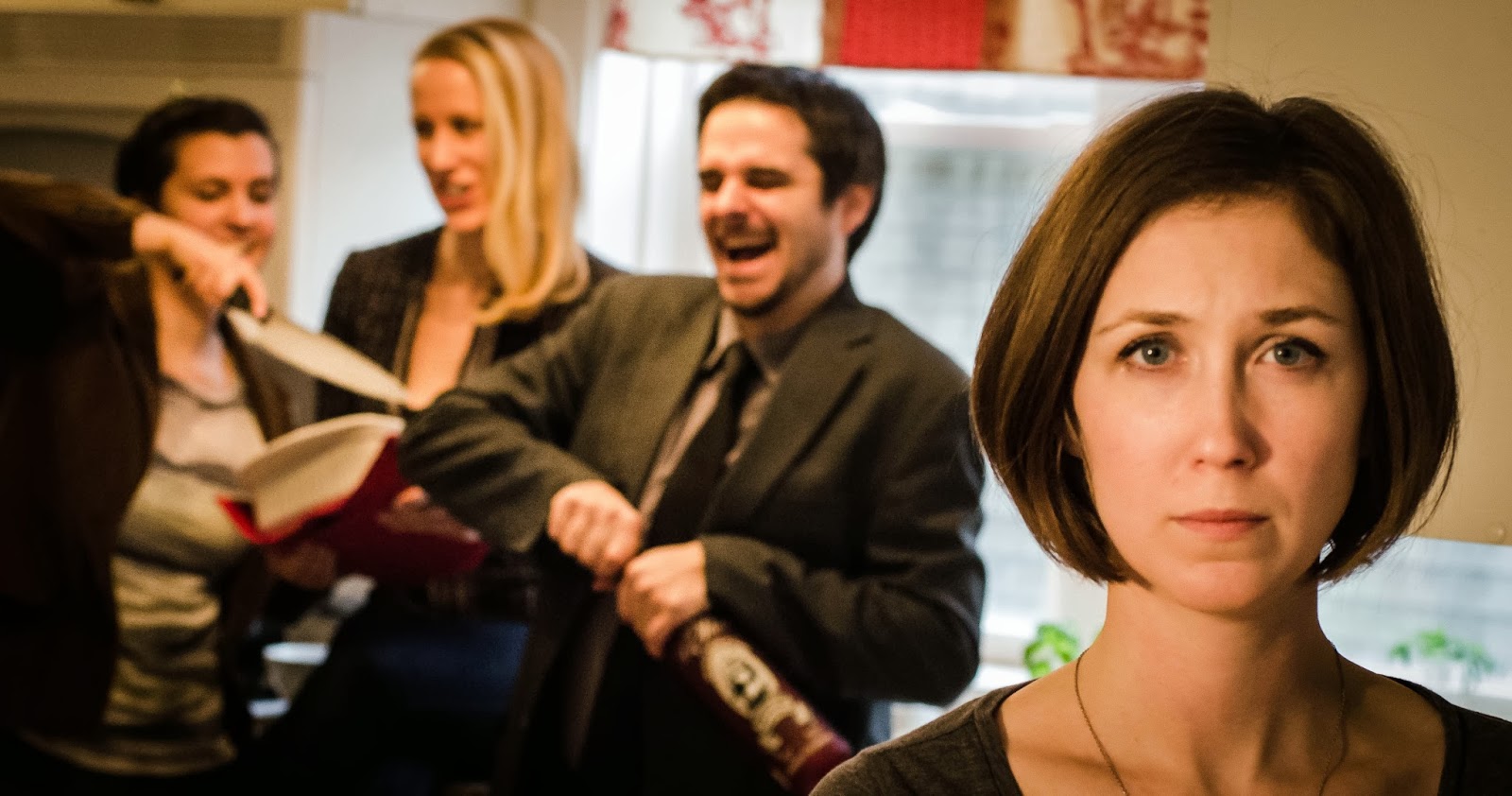 About the play
MISHAP! is a psychological thriller, as if produced by The Today Show. Through the blurred lines of morning TV programming, reality TV, and live theater, we see a couple's private life under a microscope. Humor and tragedy collide as we discover what really happened to their relationship. What was the mishap that made their lives worthy of prime time? Where do our private lives end and our public lives begin? Is there still a line?
MISHAP! opened at the Icelandic National Theatre in September 2007, and earned playwright Bjarni Jónsson a nomination for the Icelandic Theatre Prize and the 2008 Nordic Drama Award.

Tickets
$20 general admission
$15 students/industry
Available at www.brownpapertickets.com via www.akvavittheatre.org.
Due to limited seating at The Side Project, advance purchase is strongly recommended.

WHAT: Akvavit Theatre presents MISHAP! by Bjarni Jónsson, translated by Hilmar Ramos, and directed by Chad Eric Bergman.
WHERE: The Side Project, 1439 W. Jarvis Avenue in Chicago
WHEN: Opening Thursday, February 20, and running through Sunday, March 23.
Thursdays, Fridays, and Saturdays at 8PM
Sundays at 3PM
Industry Night: Monday, March 10 at 8PM

About the playwright
Bjarni Jónsson was born in 1966 in Akranes, on the west coast of Iceland. After working as a  seaman, a construction worker and a journalist he moved to Munich where he finished a master degree in theatre studies in 1992. He has frequently worked as a dramaturge and a director of radio drama, and has translated numerous plays and novels by authors such as Harold Pinter, Mark Ravenhill, Neil LaBute, David Gieselmann, Marius von Mayenburg, Thomas Bernhard, Roddy Doyle, Henrik Ibsen, George Tabori, Tennessee Williams, Günter Grass and Hertha Mueller. Bjarni Jónsson is co-founder and associate artistic director of the LÓKAL Theatre Festival Reykjavík, an annual event that brings new theatre to the Icelandic audience and connects Icelandic theatremakers with the international scene.

About the company
Akvavit Theatre is a 3-year-old company with a mission to investigate and encourage discussion about what “Nordic” means and how it is perceived through translated theatre performance. The plays Akvavit produces give Nordic countries a strong voice in North America while contributing to the vibrant intercultural theatre scene already thriving in Chicago.