Shows on Our Radar

Chicago’s LePercolateur will bring its unique take on gypsy jazz and Americana to the Skokie Theatre on Friday, August 15: 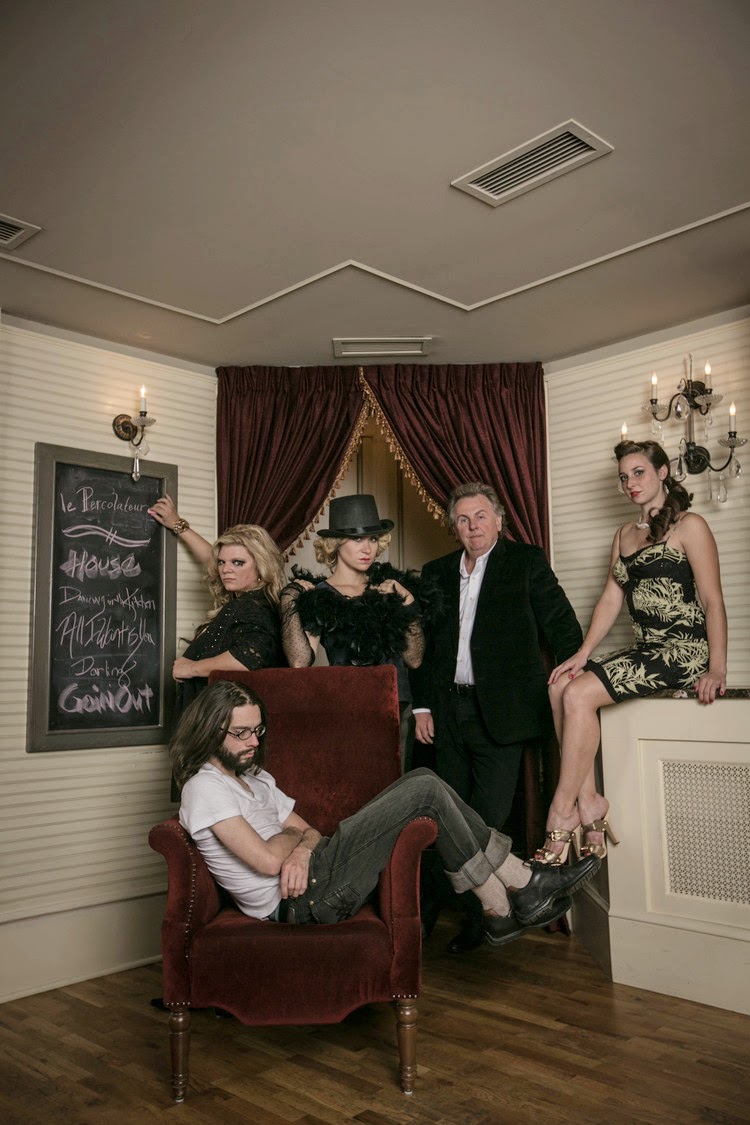 As the railyard bled into dark warehouses, the stranger found himself alone. Street after street he walked with night taking control of his senses until his ears perked at the music of sirens. The dulcet tones of violin, bass, and the female voice spiraled through the darkness from the sole source of warmth in sight. Helplessly drawn in, he found the last lit trailer in camp that seemed to have sprung forth from another time, and there--in the form of three women--was both the past and the future in one.

He introduced himself as Sam Random and explained that his path and his name were inextricably linked. Sensing a kindred spirit, they proffered their names: Marielle de Rocca-Serra held the violin, Stacy McMichael propped up the bass fiddle, and it was Candace Washburn's voice that had beckoned him. As Sam sat at their fire and opened up his tattered guitar case, another man, his elder, stepped forth from the darkness having been drawn in from afar. Armed too with a guitar, he announced himself as Kevin Rush and sat with no concern as to whether he'd been invited - simply knowing he was home. Fueled by coffee black as the night they found themselves in and so dark it could have been wartime, they played through 'til the sun began painting the eastern horizon red.

Winding their caravan through the windiest of cities, lePercolateur has spent the time since this fateful night sweeping in to transport concert-goers to a time where music was a liberating and cathartic respite from persecution-- where the frenetic energy of struggling to simply 'be' coalesced with the unbridaled spirit of gypsy music and burgeoned into swing dancing. The troupe transforms Katerina's into a sold-out Parisian dance hall circa 1937 on a monthly basis.

Their high-energy sideshow has made Percolateers of attendees of the Jazz Institute of Chicago's 2011 & 2012 Jazz Tours, Andy's Jazz Club, Hard Rock Cafe Chicago, 2013 All Souls Jazz Festival, City Winery, the Mayne Stage, Jazz Showcase, Martyrs, Schubas, the 2012 Deer Park Jazz Festival, the 2010 and 2011 Chicago Cultural Center's "Music Without Borders" series, and Purdue University's Swing Dance. They were Featured Artists in both 2009 and 2011 in the Windy City Lindy Exchange, through which they flaunted their uncanny ability to seamlessly fuse two different eras via their reinterpretations of modern pop through the medium of hipster gypsy jazz. Along the way, these temporally displaced merry-makers were victorious at the Chicago Bluegrass and Blues Festival's "Last Banjo Standing" contest.

Want more? Check out their main site here.
Posted by Bonnie Kenaz-Mara at 7:11 PM No comments: