OPENING: Artemisia Presents The World Premiere of Visiting at The Edge Theater 4/14 - 5/7

ARTEMISIA ANNOUNCES THE WORLD PREMIERE OF
VISITING,
APRIL 14  - MAY 7 AT THE EDGE THEATER

Written by Ed Proudfoot and Directed by Carrie Lee Patterson, Visiting, an Exploration of Bipolar Disorder, was chosen by Audiences for a Full Production during Artemisia’s Fall Festival 2015 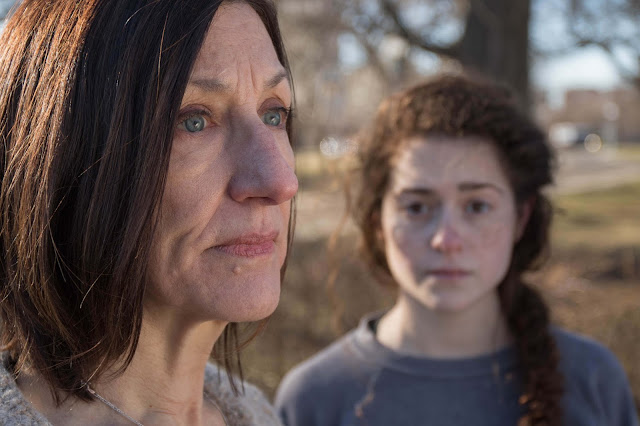 Here at ChiIL Live Shows, we're eager to catch opening night. Quite a few of our friends and extended family members struggle with bipolar disorder. Check back soon for our full review.

Artemisia, a Chicago theatre, is proud to announce the world premiere of Visiting, by Ed Proudfoot and directed by Carrie Lee Patterson, April 14 – May 7, at The Edge Theater, 5451 N. Broadway. The opening night is Friday, April 14 at 7:30 p.m. The performance schedule is Thursdays and Fridays at 7:30 p.m., Saturdays at 2 and 7:30 p.m. and Sundays at 6 p.m. Tickets for all performances are $25 and are available at ArtemisiaTheatre.org or by calling 312.725.3780. Group and VIP Passes* are also available.

Featured as one of six plays in Artemisia’s 2015 Fall Festival, Visiting, was the undisputed audience favorite and chosen to receive a full production. Visiting is an unflinching exploration of the impact of bipolar disorder on four generations of women and the life-affirming discoveries a young woman makes about herself and her future. 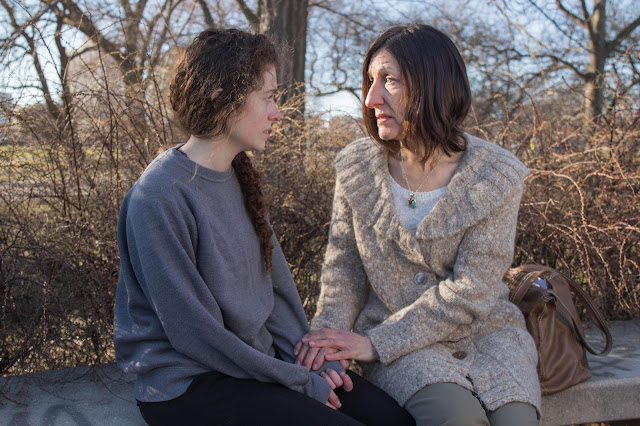 ABOUT ED PROUDFOOT, playwright
Ed Proudfoot is a Chicago-based playwright and screenwriter. His play Chewing on Beckett was produced as a world premiere at Artemisia in 2016 and won accolades from audience and critics. Proudfoot’s plays Companion Piece and The Man in the Chair were produced in Los Angeles. He has had two screenplays optioned and has a number of stories for both stage and screen in the works.

ABOUT CARRIE LEE PATTERSON, director
A member of the Stage Directors and Choreographers Society, Carrie Lee Patterson returns to Artemisia Theatre, where she has directed and performed in the last three Fall Festivals. She was recently awarded an individual artist grant to create All Access: An Equity Library Theatre Reading Series (ELT), which introduces new plays featuring characters that are women, people of color, LGBTQ and differently-abled.  ELT directing credits include Come Back, Any Other Name, and The Goldilocks Zone. Patterson has directed Phoenix (Nomades Theatre), Year of the Rooster (Red Theatre Chicago), I Hate Hamlet (Attic Playhouse), I Do, I Do (Peck Theatre), Lady Windermere’s Fan, Taming of the Shrew (University of Nebraska and On the Verge, She Stoops to Conquer (Graceland University). She is a graduate of Willamette University and earned her MFA from the University of Arizona.

ABOUT CAITLIN CAVANNAUGH, “Penny”
Caitlin Cavannaugh returns to Artemisia again, she was previously C in Circular as part of Artemisia’s 2016 Fall Festival.  Recent credits include Juliet in Romeo and Juliet (Texas Shakespeare Festival) and Die Fledermaus (Light Opera Works). International credits include Sabanci International Theatre Festival in Adana, Turkey and Moscow Art Theatre School. She is a proud graduate of Northern Illinois University (BFA Acting) and is represented by Shirley Hamilton Inc. Her next performance is Harvey at Purple Rose Theatre Company.

ABOUT MILLIE HURLEY, “Rachel”
Millie Hurley is honored to be back with Artemisia where she played the “Old Woman” in Chewing on Beckett.  Hurley was last seen as “E.M. Ashford” in Wit (The Hypocrites). Other roles include “Mrs. Garland” in Good for Otto (The Gift Theatre), “Office Randy Osteen” in Superior Donuts (Mary-Arrchie) and in two Horton Foote plays at Raven where her role as “Maggie” in Dancing At Lughnasa garnered her a Jeff Award. She has worked with numerous theaters over the years and is a proud company member of Erasing the Distance.  She also pursues voice over, commercial and film work.

ABOUT JULIE PROUDFOOT, “Lauren”
Julie Proudfoot is the founder and executive artistic director of Artemisia, A Chicago Theatre and a proud member of Actors’ Equity Association and SAG-AFTRA.  Proudfoot was last seen in Image, which was one of six plays featured in Artemisia’s 2016 Fall Festival.  She holds an MFA in theatre and has 20 years of experience as a professional actor, director and dramaturge performing in, developing and producing new work.  Proudfoot won critical and audience acclaim for her portrayal of “Viola” in Artemisia’s world premiere of Chewing on Beckett, directed by Steve Scott.

ABOUT CARIN SILKAITIS, “Holly”
Carin Silkaitis makes her Artemisia Theatre debut in Visiting. She is the founding artistic director of The Other Theatre Company where her credits include I Do Today, The Realm and Other Letters 9 (actor) and OTHERS: A 24 Hour Play Festival, Daughters of Ire, Barney The Elf (director). Notable TV/film credits include: “Chicago Fire,” “Unexpected” and “Blood And Water.” Notable theatre credits include: Lips Together, Teeth Apart (Eclipse Theatre), Sons Of The Prophet (American Theatre Company), Richard III (Oak Park Festival Theatre), Seven Homeless Mammoths Wander New England (u/s Theater Wit), Distracted (u/s American Theatre Company), and Rabbit Hole (u/s Goodman Theatre). Favorite regional credits include: Love Letters, Dangerous Liaisons and A Comedy Of Errors. Silkaitis is a graduate of the School at Steppenwolf, and received her MFA in acting from the Theatre Conservatory at Roosevelt University. She is a proud member of AEA and equally proud to be represented by Gray Talent in Chicago.

ARTEMISIA VIP PASS*
Artemisia offers a VIP Pass for $25. The VIP Pass allows audiences reserved seating to all performances including Visiting, the Feminist Play Revival, Her Story is Our Story Fall Festival, invitations to post-show receptions, seminars taught by Artistic Director Julie Proudfoot and more. Passes are available at ArtemisiaTheatre.org.

Artemisia is sponsored by The Gaylord and Dorothy Donnelly Foundation Gen Ops Strategy, The MacArthur Funds for Arts and Culture at the Richard H. Driehaus Foundation, Steve Robinson at New Media Productions and Candice Wu, Self Love + Healing.
Posted by Bonnie Kenaz-Mara at 6:03 PM No comments: