TICKETS ON SALE: Gobsmacked! at Broadway Playhouse For Five Days Only 12/5-10 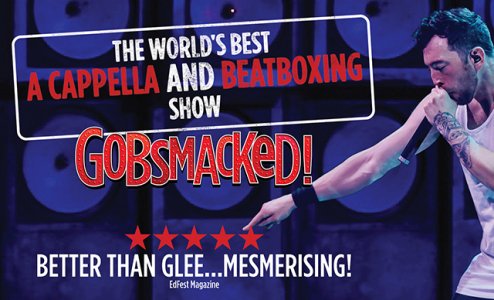 Here at ChiIL Mama & ChiIL Live Shows we can't wait to check out Gobsmacked! as we enjoy both a cappella and beatboxing and can't do either ourselves. This is sure to be a unique show.

Broadway In Chicago and Nic Doodson, producer and creator of GOBSMACKED!, are delighted to announce that individual tickets for the sensational, next-generation a cappella show, GOBSMACKED!, are now on sale. GOBSMACKED! will begin its first US tour set to play 120 performances throughout North America . The tour will play Broadway In Chicago's Broadway Playhouse at Water Tower Place (175 E. Chestnut) for a limited five-day engagement December 5 through December 10, 2017.

GOBSMACKED! will feature performers such as  world-champion beatboxer Ball-Zee, the three-time winner of the UK Beatbox Champion. Joining Ball-Zee will be a myriad of musical talent including Marcus Collins, the 2011 runner up in the UK version of “The X-Factor,” acclaimed Norwegian singer and pianist Monika Sik-Holm, UK stage actress Emilie Louise Israel, West End actor Nick Hayes, and Joanne Evans and Ed Scott who have performed with GOBSMACKED! since its inception.

ABOUT GOBSMACKED!
Direct from sell-out seasons in London, Hong Kong and Edinburgh comes a mind-blowing vocal show that redefines the human voice.  Featuring the reigning world-champion beatboxer, Ball-Zee, and an international cast of world-class vocalists, GOBSMACKED! weaves stories through all forms of a cappella from traditional street corner harmonies to cutting-edge, multi-track live looping.

Critics in the UK call GOBSMACKED! "entertainment, not to be missed," (Broadway Baby) and “better than Glee…mesmerizing,” (EdFest Magazine).  Audiences will experience heart-stopping singing and jaw-dropping beatboxing in this latest break-out show that everyone is talking about –it’s funny, joyful and uplifts the spirits of all ages!

Though one of the oldest forms of music, a cappella singing has only recently broken through to mainstream popularity. Movies such as Pitch Perfect, TV shows such as Glee and groups like Pentatonix, Straight No Chaser and Naturally 7 have catapulted a cappella from street corners to stadiums.  The producers of GOBSMACKED! have created a show for the whole family that takes the audience on a journey through music.  GOBSMACKED! not only showcases modern a cappella at its best but also tells an urban tale of love, loss and redemption.

Executive Producer and Creator Nic Doodson, Director Alexandra Spencer-Jones and Musical Director and Co-Creator Jack Blume bring this unique musical experience to life after representing some of the most exciting a cappella and theatrical talent of the last few years.  They have worked with artists such as Daft Punk, Britney Spears, Jose Carreras, Buena Vista Social Club and Soweto Gospel Choir and have produced and directed shows in venues such as the O2 Arena in London and The Sydney Opera House. 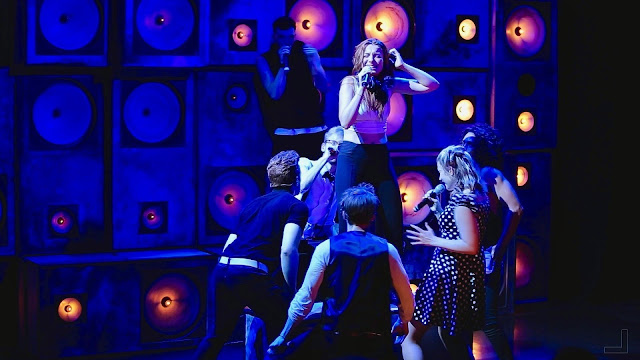 CAST BIOGRAPHIES
MARCUS COLLINS (The Chap): Marcus Collins, at just 29 years old, has already achieved great heights in his singing and musical career after his journey started on TV’s highest rating talent show, The X Factor. After finishing as runner up on The X Factor, Marcus released his debut album which featured production by the London-based Metrophonic team, who had previously worked with Whitney Houston and Cher. The album included the critically acclaimed cover of The White Stripes hit ‘Seven Nation Army’ which also became his first top 10 single in the UK. Marcus is a born performer and his love of live stage work has seen him fulfill another ambition by appearing in the award-winning production of ‘Hairspray‘ and being in the Original west end cast and three time Olivier award winning musical ‘Kinky Boots’ who had their live cast recording was recently nominated for a Grammy. Marcus is thrilled to soon embark on the North American tour as a vocalist of A Capella vocal harmony group GOBSMACKED!

BALL-ZEE (The Engineer): Patrick Hirst a.k.a. Ball-Zee is one of the UK’s leading beatbox artists and has quickly become established as one of the leading vocal musicians on the world stage thanks to his unique musical style, signature snares and astonishingly realistic sound effects. Along with The Beatbox Collective, Ball-Zee is the current world team Beatbox champion. Ball-Zee is in constant demand as a teacher, competition judge and workshop leader. In the last year he has performed and taught in Australia, China, India, Hong Kong, Poland, U.K, Germany, Italy and many more.

EMILIE LOUISE ISRAEL (The Woman): Emilie began her training at Arts Educational Schools, since then she has performed across the UK in several large scale touring productions including: Lead Vocalist in The Hitmaker: The Music of Nile Rodgers (Viva Productions), Freak Fest: 80’s Halloween (Viva Productions) & most recently as Lead Vocalist on the Magic of Motown UK & Ireland Tour. Emilie can also be seen in the music video for Honne. Emilie is very excited to start the next chapter of her career, travelling the U.S. and doing what she loves.

ED SCOTT (The Boy): Ed is an alumnus and former musical director of the University of Exeter’s award winning vocal ensemble Semi-Toned. A self-taught vocalist, Ed has been involved with Gobsmacked! since its inception, and made his professional debut with the show at the 2015 Edinburgh Fringe Festival. As well as writing and arranging a cappella music, Ed works as an emcee and voiceover artist, and runs workshops on a cappella music. He has two brothers, two cats, and two vocal registers.