Here at ChiIL Live Shows, we're excited for ATC's next production, Picnic. We've been long time fans of Molly Brennan and Malic White's exceptional work and the cast contains many of our favorites on the Chicago scene. We can't wait to see the results of collaborating with Director, Will Davis, ATC's new Artistic Director.

Closeted and dogged by an acute sense of failure for most of his life until he ended it, William Inge wrote some of the great lyrical plays of the American mid-century, and Picnic was his masterpiece, his playground and, quite possibly, his fantasy. In this loving reimagining, Davis puts Inge at the center of his Pulitzer Prize-winning play and animates what is both sacred and profane about small town life against the backdrop of dust bowl hymns and love songs. Part séance, part love letter to a ghost, this Picnic explores a life lived at the periphery of one’s own desire.

“My number one goal here is to not have a conversation about what kind of body is playing the role of what kind of body,” says Davis. “I cast this show to reflect the queer longing I feel emanating from the heart of Inge's play. From my view, Inge's cannon is defined by a question about desire and his terror of it. Each of his works asks questions about heeding the call of the heart and being punished for it. I see this as a reflection of the times he lived in and his experience of homophobia both internal and external. This production will pivot between experiencing the text through the lens of queer fellowship and experiencing the text through the lens of closeted longing. As is always true what we say is not what we mean and my casting choices for this show are meant to pull that divergence into focus.”

Single tickets for Picnic range from $20-$38 and are available by calling the ATC box office at 773-409-4125, or visiting www.atcweb.org. Season subscriptions are also on sale now and range from $40-$112.50, with special pricing available for members under the age of 35.

Bios
Molly Brennan (Hal) is a clown, actor and theatre maker in town. In Chicago, she has performed at Lookingglass, Goodman, Steppenwolf, Neo-Futurists, About Face, Lifeline, Second City, Lyric Opera, House, Factory, and others. She has toured the U.S. extensively as well, most notably Denver Arts Center, PS 122 in NYC, the Arsht in Miami, Alliance in Atlanta, and the Kennedy Center.

Robert Cornelius (Howard) makes his ATC debut with Picnic. He was most recently seen in the Hypocrites production of WIT. Robert has performed in Chicago and around the country as an actor for over three decades at theaters including Victory Gardens, Court Theatre, The Goodman, First Folio, Drury Lane, Milwaukee Rep, Indiana Rep, Montana Rep, St Louis Black Rep, and many others. Favorite productions include Blues for an Alabama Sky, The Rivals, Takunda, Aida, You Can't Take it With You, Member of the Wedding, and Taming of the Shrew.

Alexia Jasmene (Millie) makes her ATC debut with Picnic. Past credits include Kin Folk (The New Colony), Merry Christmas, Mulch Pile (Mercy Street), Mary Shelley Sees the Future (Runaway Labs), Cathedrals (Living Canvas), Transformations (Nothing Without a Company & Living Canvas) and Temperance Vs. Tolerance (Step Up Productions). She is a trans woman that is an actor, musician, and story teller in Chicago and can be seen performing at various open mics around the city for music and poetry.

Patricia Kane (Flo Owens) makes her ATC debut with Picnic.  Past credits include The Whale, In the Next Room or the vibrator play and Hannah Free at Victory Gardens Theatre (as well as the film version of Hannah Free, starring Sharon Gless); What Once We Felt, Pulp, Seven Moves, Fascination, The Terrible Girls, Whitman, Dancer from the Dance, The Gift and Cloud Nine (About Face Theatre); Finding the Sun and Dancing at Lughnasa (Goodman Theatre); All in the Timing (Northlight Theatre); as well as productions with Collaboraction, Live Bait, Stage Left, Bailiwick, Cincinnati Playhouse in the Park, and NYC’s Tectonic Theatre Group.

Laura McKenzie (Mrs. Potts/Piano Player) makes her ATC debut with Picnic. Past credits include Six Characters in Search of an Author (The Hypocrites), Alice, Beer and Picked Up (Neo-Futurists) and many shows with the Factory Theater. Laura has written music and lyriacs for several shows including Hey! Dancin'! Hey! Musical! (Factory Theater) and Sparky (Lifeline Theatre). She is a company member with Barrel of Monkeys and The Factory Theater and is one half of the facemelt duo The Laura On Laura Comeback Tour.

Michael Turrentine (Rosemary) makes his ATC debut with Picnic. Past credits include The Grapes of Wrath (The Gift Theatre), Pirandello's Henry IV (Remy Bumppo Theatre Company), The Hairy Ape (Oracle Productions), La Cenerentola and The Merry Widow (The Lyric Opera), In Love and Warcraft (Halcyon Theater), How's It Going to End? (InGen Productions), as well as understudying at Chicago Children's Theater and The Hypocrites. He is also an Artistic Associate with Barrel of Monkeys.

Malic White (Madge) is a punk performer, playwright and gender warrior who has been an ensemble member at the Neo-Futurist Theater since 2012. Chicago stage credits include Too Much Light Makes the Baby Go Blind, Pop Waits (Neo-Futurists), and American Idiot (the Hypocrites). Film credits include Princess Cyd, Signature Move, and The Year I Broke My Voice. Malic's original performance work has been featured at Woolly Mammoth Theater, the Museum of Contemporary Art, Jay Pritzker Pavilion at Millennium Park, Davenport’s Piano Bar, Logan Square Auditorium, and Tour de Fat.

William Inge (Playwright, 1913-1973) was a playwright, teacher, and novelist born in Independence, Kansas, who wrote a string of successful plays throughout the 40s and 50s. His play Come Back, Little Sheba earned him the title of most promising playwright of the 1950 Broadway season. This success was followed in 1953 by Picnic (winner of the 1953 Pulitzer Prize) and again in 1955 by the highly-revered Bus Stop. Inge’s fame continued to grow as The Dark at the Top of the Stairs, a reworking of his first play Farther Off From Heaven opened on Broadway in 1957. The Dark at the Top of the Stairs, considered to be Inge’s finest play, is one in which he draws most directly from his own past. He spent the final years of his life writing two novels: Good Luck, Miss Wyckoff in 1970 and My Son Is a Splendid Driver in 1971. Inge committed suicide on June 10, 1973 at the age of 60.

Will Davis is a director and choreographer focused on physically adventurous new work and old plays in new ways. He is also the newly appointed artistic director of American Theater Company ( ATC). Recent projects include: Evita, re-imagined for the Olney Theatre Center, Men on Boats by Jaclyn Backhaus for Clubbed Thumb's Summerworks, Playwrights Horizons and ATC; DUAT by Daniel Alexander Jones for Soho Rep; Orange Julius by Basil Kreimendahl; Mike Iveson’s Sorry Robot for PS122’s COIL Festival; and two productions of Colossal by Andrew Hinderaker for Mixed Blood Theater and the Olney Theatre Center, for which he won a Helen Hayes award for outstanding direction. Davis has developed, directed and performed his work with New York Theatre Workshop, Clubbed Thumb, the New Museum, the Olney Theatre Center, the Alliance Theatre, the Playwright's Realm, the Fusebox Festival, New Harmony Project, the Orchard Project, the Ground Floor Residency at Berkeley Rep, Performance Studies International at Stanford University, and the Kennedy Center. He is an alum of the Soho Rep Writer/Director Lab, the NYTW 2050 Directing Fellowship and the BAX (Brooklyn Art Exchange) artist in residence program. He holds a BFA in Theatre Studies from DePaul University and an MFA in Directing from UT Austin.

Posted by Bonnie Kenaz-Mara at 2:22 PM No comments: 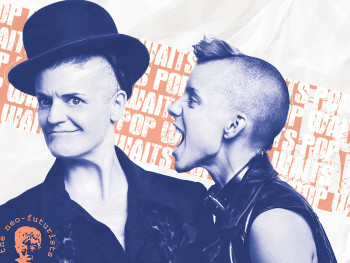 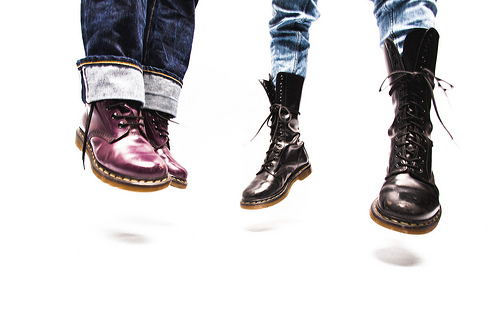 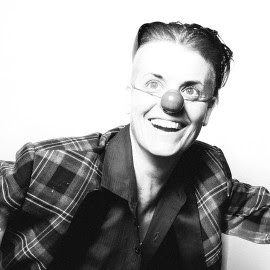 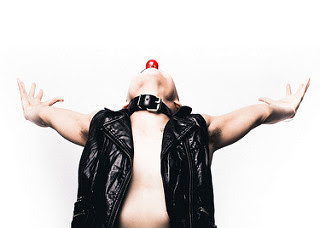