REVIEW: A Man of No Importance Now Playing at The Pride Arts Center Through November 10, 2019 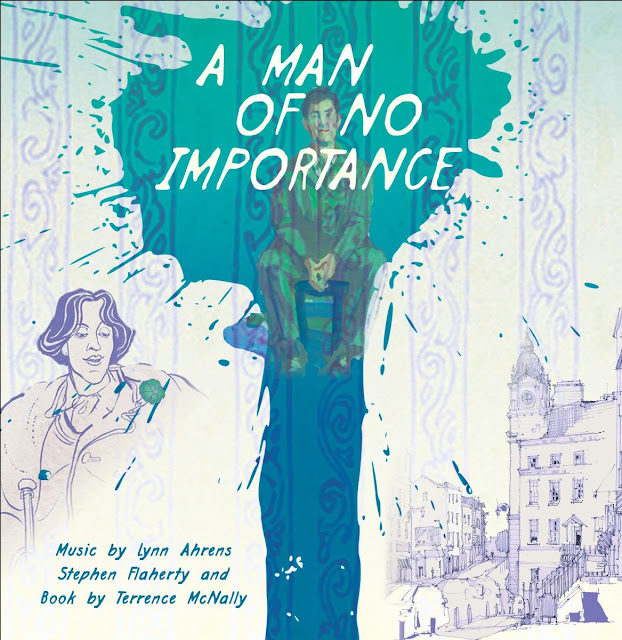 Alfie Byrne is a middle-aged bachelor living with his sister in 1964 Dublin. His two great loves are Oscar Wilde and the theater.

Alfie is a bus conductor who spends his days reading Wilde’s poetry to his community riding the bus. He also directs many of those same passengers in amateur productions of Wilde’s plays at the local parish hall.

Although never acting on it or getting close to anyone, much to his sister's (who keeps trying to set him up with woman after woman so she can marry her love) annoyance, he is also secretly in love with his friend and driver to the bus, Robbie.

Having had past success with staging The Importance of Being Earnest, Alfie sets out to produce his dream production, the much more explicit, Salome.

This play is a character study of Alfie struggling with his secret and shame over a love “that dare not speak its name.” With visions of Wilde as his only confidant and hero, he eventually comes to believe Wilde and realize "The only way to get rid of a temptation is to yield to it".

In doing so, he faces violence, bigotry, the loss of his church and his beloved theater company.

However, it is theatre that once again changes his life and gains him the support of his true friends.

Ryan Lanning does an excellent job of playing Alfie. You really feel for his character and become invested in him.

The music was great and did a lot to drive the story forward in an interesting and fun way.

It is a small stage with lots of scene changes and some big props. This did sometimes lead to some traffic jams and if you are sitting in the front row, better keep your feet pulled in.

Lori Morrison is an unschooling Chicago mom who lives in LaGrange with her three kids. She is a 2nd degree black belt in TKD and a burlesque dancer, who teaches self defense and works for Edge Theatre, NFP.

Pride Films and Plays will stage the first Chicago production in more than a decade of A MAN OF NO IMPORTANCE, the heartwarming musical created by Lynn Ahrens, Stephen Flaherty, and Terrence McNally, the team that wrote RAGTIME and ANASTASIA. A MAN OF NO IMPORTANCE is based on a 1994 film starring Albert Finney as a Dublin bus conductor and features a gorgeous Irish-influenced score. Donterrio Johnson, the Jeff award-winning actor who directed PFP’s BUYER AND CELLAR earlier this year and recently appeared in THE SPITFIRE GRILL with American Blues Theater, will direct. Music direction is by Robert Ollis, who most recently music directed SOUTHERN COMFORT for Pride Films and Plays. Ollis received a Jeff Award for his music direction of KISS OF THE SPIDER WOMAN, plus Jeff nominations for six other shows, including HAYMARKET: A NEW FOLK MUSICAL  in 2019.  Ollis was Music Director for the 2008 production of A MAN OF NO IMPORTANCE, which earned five Jeff Award nominations for Bailiwick Repertory.

Alfie Byrne is a middle-aged, unmarried bus conductor who idolizes Oscar Wilde and harbors a secret crush on his handsome young co-worker Robbie Fay. Much of the musical’s comedy comes from Alfie’s determined efforts to stage a production of Wilde’s SALOME with his quirky community theater group.

Director Johnson says “I find A MAN OF NO IMPORTANCE to be above all, a story about community and how art is keeping this particular community together. I’m very honored to be bringing A MAN OF NO IMPORTANCE back to Chicago with this unbelievable and diverse cast of actor/musicians. This is a show I’ve always had an affinity for, and to be given the chance to retell this story about acceptance and the power of the theatre will be an awe-inspiring experience for the cast and audiences alike.”

Johnson’s cast will be led by Ryan Lanning as Alfie. Lanning appeared as Robbie Fay in the 2008 production. Lanning is a Jeff Award winner for his Molina in Bailiwick’s KISS OF THE SPIDER WOMAN and his leading roles on Chicago stages also include the title roles in CANDIDE for Porchlight and HEDWIG AND THE ANGRY INCH for Haven Theatre. Nick Arceo, who recently performed the leading role in Underscore Theatre’s workshop of NOTES AND LETTERS, will play Robbie Fay.

Also featured in Johnson’s diverse cast are Ciera Dawn (of THE LITTLE MERMAID and JESUS CHRIST SUPERSTAR at Paramount and WE ARE PROUD TO PRESENT…. at Steppenwolf) as Adele Rice, Sarah Beth Tanner (of HAYMARKET for Underscore Theatre and TWELFTH NIGHT for Midsommer Flight) as Lily Byrne, and Jeff Award-winner Tommy Bullington (who most recently played Pseudolus in A FUNNY THING HAPPENED ON THE WAY TO THE FORUM at Metropolis Arts Center) as William Carney. 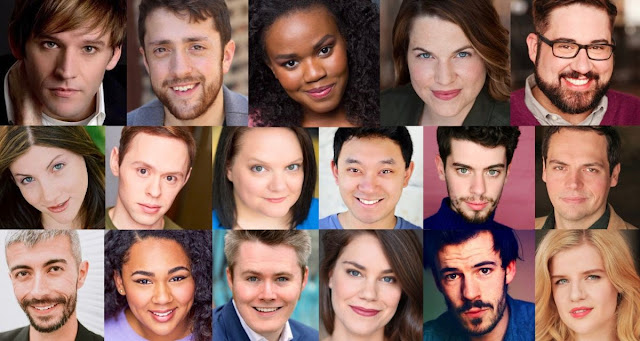 A MAN OF NO IMPORTANCE will be staged in the 85-seat Broadway Theatre of the Pride Arts Center and will open to the press on Monday, October 14 following previews from Thursday, October 10. It will play through Sunday, November 10. Tickets are on sale now at www.pridefilmsandplays.com.

Pride Films and Plays produces a year-round festival of work centered on LGBTQ characters or themes that are essential viewing for all. Since opening Pride Arts Center in 2016, with our two intimate spaces, Pride Films and Plays is in many ways the center of queer programming in the Midwest thanks to our award-winning full productions, cabarets, film fests, new play development and special events. Founded in 2010, Pride Films and Plays has earned 36 Jeff Recommendations and Awards.

Pride Arts is grateful for hundreds of individual donors, especially the recurring donors in the Pride Society.  The company is most grateful for foundation support from Illinois Arts Council, a State Agency, City Arts Grant, The MacArthur Fund for Arts and Culture at The Richard Driehaus Foundation, The Heath Fund, the Pauls Foundation, The Service Club of Chicago, Arts and Business Council, Taproot Foundation, Alphawood Foundation, Gaylord and Dorothy Donnelley Foundation, Chicago Community Trust, Elliott Fredland Charitable Trust, AmazonSmile Foundation, among others.