TO MAKE WORLDWIDE DEBUT IN CHICAGO’S THEATRE DISTRICT THIS FALL 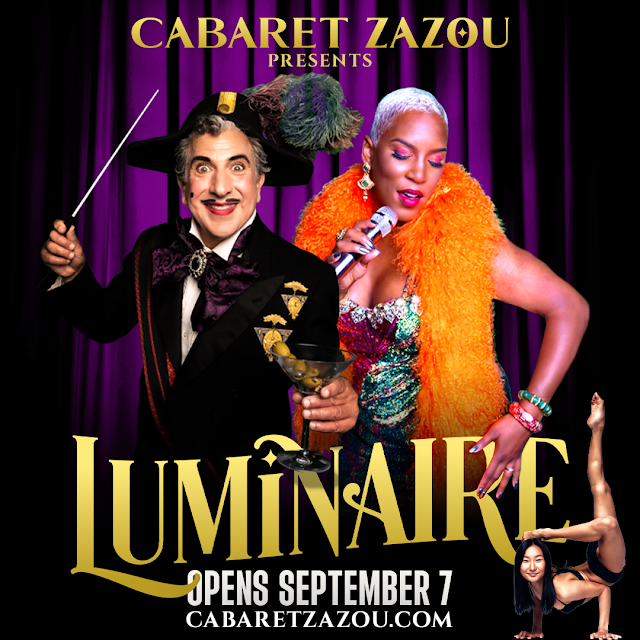 Luminaire to Premiere September 7 at Cabaret ZaZou on Randolph

Here at ChiIL Live Shows, we're elated to hear that our friend and favorite MC, Frank Ferrante, will once again be gracing the Spiegeltent in Chicago's Cambria Hotel for a brand new show! We loved Teatro ZinZanni and were lucky to get to review both the original opening and the fabulous post-pandemic remount. The food is fantastic, and having an antique tent indoors makes for a truly magical setting for a world class show. This is not your parents' stodgy dinner theatre fare. My son and daughter studied circus arts from the age of 9, and as a family, we've covered the top touring circus acts in the world from 2008 to the present. Although we're losing some favorite Chicago natives in the new lineup, like Duo Rose Trapeze and Bethany Thomas as Madame Z, I'm eager to see this worldwide debut and I'm sure the acts will be breathtaking.

Randolph Entertainment LLC, producer of the fan favorite Teatro ZinZanni Chicago, announced CABARET ZAZOU’s premier production, Luminaire will open on September 7, 2022. The new, groundbreaking, immersive variety dinner show, will make its worldwide debut in a vintage Spiegeltent on the 14th floor of the Cambria Hotel in the heart of Chicago’s Theatre District. Luminaire is directed by Dreya Weber, and stars critically acclaimed performers Frank Ferrante and Liv Warfield as they lead an international cast of exceptional entertainers. Sassy, sexy, and sultry, Luminaire is designed to dazzle and delight audiences with stunning cirque acts, interactive comedy, captivating vocalists, and a stellar band, complimented by a delicious multi-course meal.

Luminaire will star Frank Ferrante, an award-winning actor, comedian, and director best known for his interactive stage comedy, including The Caesar in Teatro ZinZanni, which earned him a Chicago Tribune nod as a top ten performer of the year in 2019, and his PBS national television program Frank Ferrante’s Groucho. The production will also star singer, songwriter, and producer Liv Warfield. Her achievements include a critically acclaimed hit solo album - The Unexpected, a Soul Train Music Award for Best Contemporary Jazz Performance, and performing as part of Prince’s New Power Generation. Liv Warfield has toured with some of music’s biggest names, bringing her unique voice and style to audiences around the world. Luminaire is directed by Dreya Weber, whose aerial design and choreography credits include Magic Mike Live in addition to aerials for Katy Perry, Taylor Swift, Britney Spears, Rihanna, Madonna, Cher, Michael Jackson, Christina Aguilera, Kylie Minogue, and Pink’s 2010 Grammy Awards performance of “Glitter in the Air”. Dreya brings in her unique death-defying grace to dazzle Cabaret ZaZou audiences.

“Cabaret ZaZou’s extraordinary antique Spiegeltent is a dream environment in which to create a show. Add world-class artists at the absolute top of their games and you have a recipe for a phenomenal entertainment experience. I am thrilled to be shepherding this production,” said Weber. 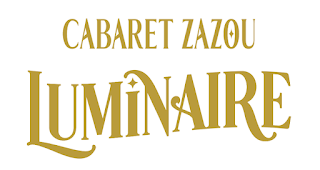 Posted by Bonnie Kenaz-Mara at 1:08 PM No comments: