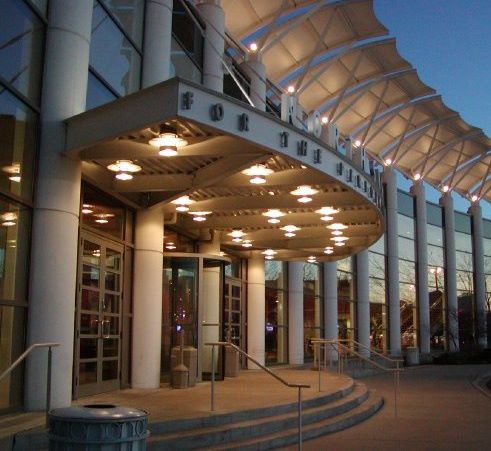 Critically-Acclaimed Summer Presentations Include “Wiesenthal,” “Hitler’s Tasters” and Renée Taylor’s “My Life on a Diet”

Michael Pauken, General Manager of the North Shore Center for the Performing Arts in Skokie, announced today that this summer three critically hailed Off-Broadway hits will come to the venue’s Northlight Theatre space.  Productions include “Wiesenthal,”  a gripping one-person retelling of the story of the legendary Nazi-hunter, Simon Wiesenthal; “Hitler’s Tasters,” the story of a group of young women who were enlisted to sample the Nazi Führer’s meals to ensure they are not poisoned and Renée Taylor’s “My Life on a Diet,” an autobiographical look at her many memorable roles, replete with juicy anecdotes about – and weight loss tips from – Hollywood legends.

“Our summer offerings feature three plays that are both moving and entertaining, sometimes in unexpected ways,” said Pauken.  “Both ‘Wiesenthal’ and ‘Hitler’s Tasters’ powerfully address the most difficult era of the 20th century in gripping and fascinating ways but also deftly employ moments of humor as they recount their protagonist’s stories. ‘My Life on a Diet’ is hilarious and revealing, yet also unexpectedly tender thanks to Ms. Taylor’s tremendous talent.” 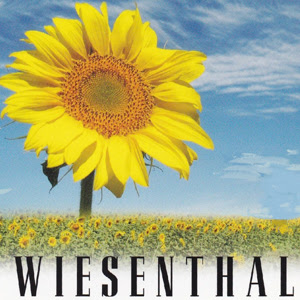 Kicking-off the summer series will be a return engagement of “Wiesenthal,” a one-person play about Simon Wiesenthal, the tenacious holocaust survivor who was responsible for bringing more than 1,100 Nazi war criminals to justice.  Written and starring Tom Dugan, the play was hailed by The New York Times as “moving…Wiesenthal’s persistence and hard-won humor are well conveyed” while the Huffington Post called it “heartfelt, deeply moving and compelling; (Dugan) makes history come alive.” “Wiesenthal” gives equal weight to its subject’s wisdom and wit, as he recounts stories from his long and purposeful life, including locating Adolf Eichmann (who oversaw the mass deportation of Jews to ghettos and extermination camps) and Karl Silberbauer, who found and arrested Anne Frank and her family. The production played two performances at the North Shore Center in October 2018 and is returning due to audience acclaim and demand. 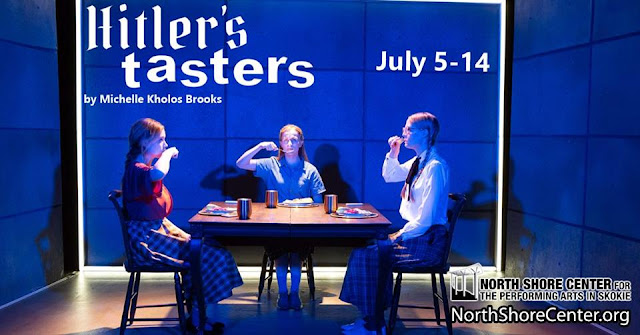 Three times a day, every day, a group of young women had the opportunity to die for their country. They were Adolph Hitler's food tasters. Based on true historical events, “Hitler’s Tasters” is a dark comedy about the young women who were forced to sample food to be sure it was safe to eat before it was presented to the Nazi Führer. What do girls discuss as they wait to see if they will live through another meal? Like all girls, they gossip and dream, they question and dance; they want to love, laugh, and above all, they want to survive.

Michelle Kholos Brooks’ script, which will be presented at the prestigious Edinburgh Fringe Festival following its Skokie engagement, was greeted with critical accolades upon its New York engagement.  American Theatre Magazine called it “a great essay on the banality of evil and how people sign up to do evil as long as it serves their purpose. And I also found myself to be extremely entertained."  New York Theatre Review called it “nothing short of breathtaking,” and Tony Award-winning director Susan Stroman hailed it as “one of the best evenings I’ve spent in the theater in a long time. It was interesting, entertaining, upsetting and made you think.” 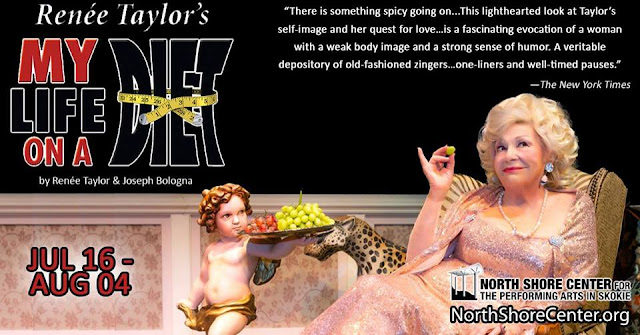 Rounding out the summer series will be Renée Taylor’s autobiographical “My Life on a Diet.”  The Academy Award-nominated and Emmy Award-winning actress looks back on a life full of memorable roles in Hollywood and on Broadway and just as many fad diets. A self-described “diet junkie,” Taylor dishes out juicy anecdotes about—and weight loss tips from—Hollywood legends such as Joan Crawford, Marilyn Monroe, Barbra Streisand, Marlon Brando and Cary Grant. By sharing her highs and lows—on and off the scale—as only she could, Taylor proves how the ability to laugh will get you through it all.

Reviewing the recent Off-Broadway run, The New York Times called “My Life on a Diet” a “lighthearted look at Taylor’s self-image and her quest for love…is a fascinating evocation of a woman with a weak body image and a strong sense of humor. A veritable depository of old-fashioned zingers…one-liners and well-timed pauses.” New York Stage Review awarded the show four stars, raving “You say you want a good laugh. If you’re truly serious about laughing heartily, you’ll get to Taylor recounting ‘My Life on a Diet’ real fast. It’s LOL funny.”

Renée Taylor, the play’s star and co-author, wrote 22 plays, four films and nine TV movies and series with her late husband Joseph Bologna. The two appeared together on Broadway in their plays “Lovers and Other Strangers” (1968), “It Had to Be You” (1981) and “If You Ever Leave Me … I’m Going with You!” (2001); and Off-Broadway in “Bermuda Avenue Triangle” (Promenade Theatre, 1997). For film, the couple received an Academy Award-nomination for the 1970 film adaptation of “Lovers and Other Strangers.”  Known for her Emmy nominated role of Sylvia Fine in “The Nanny,” her other notable TV acting credits include “Daddy Dearest,” “Dream On” and recurring roles in “How I Met Your Mother,” “Bob’s Burgers,” “Happily Divorced” and currently Amazon’s “Gown and Out in Beverly Hills.” Her many film credits also include: Jerry Lewis’ “The Errand Boy,” Mel Brooks’ “The Producers,” Elaine May’s “A New Leaf,” Neil Simon’s “Last of the Red Hot Lovers,” “Lovesick,” “White Palace,” “Life During Wartime,” Tyler Perry’s “Temptation: Confessions of a Marriage Counselor,” and more recently, “The Do-Over” and “How To Be a Latin Lover.” She last appeared at the North Shore Center with her late husband Joseph Bologna in 2005 in their Broadway play “It Had to Be You.”

Tickets go on sale Friday, March 22 at 10 a.m. at NorthShoreCenter.org/SummerAtTheCenter or by calling 847-673-6300. Two and three-show discounted packages are also available for purchase. Groups can book tickets by calling Group Theater Tix at (312) 423-6612.

About The North Shore Center
The North Shore Center for the Performing Arts in Skokie is a dynamic two-theater complex designed by Boston architect Graham Gund and opened in November 1996. The North Shore Center is managed by Professional Facilities Management, Inc. and operates as part of the Village of Skokie’s plan to provide cultural, literary and educational programs to benefit the citizens of Skokie and Chicago’s North Shore. The facility features an 867-seat main theater, and a convertible 318-seat theater, which serves as the home to Northlight Theatre. In addition, there is a 6,000 square foot grand lobby, rehearsal hall and conference rooms. The North Shore Center presents a Feature Series and the curriculum-based Youtheatre program, which has provided supplemental arts education to over a million Chicago area students since its launch in 1980. Located 30 minutes from Chicago’s Loop and conveniently across from Westfield Old Orchard Mall, the Center is in close proximity to many excellent dining, shopping and hotel options. Free parking is also abundantly available. For more information or tickets to its diverse programming, please visit NorthShoreCenter.org.

Posted by Bonnie Kenaz-Mara at 11:01 PM No comments: