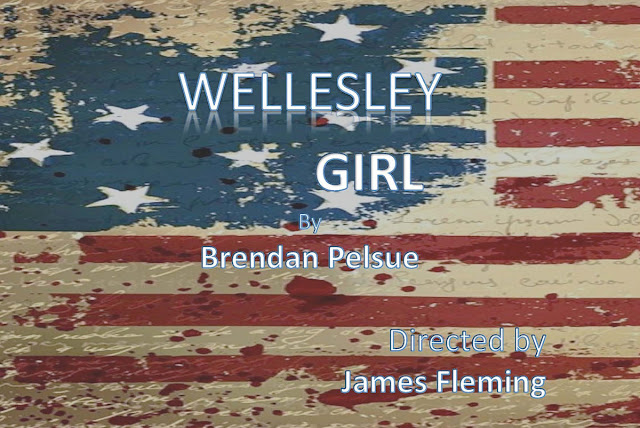 Directed by James Fleming, this Timely Play About Politics that’s Much like Politics,

Funny, Until it Suddenly Isn't

Compass Theatre is proud to announce its LIVE return to stage with the production of Wellesley Girl, written by playwright Brendan Pelsue and directed by James Fleming, Friday, Jan. 7 - Saturday, Feb. 5, 2022, at Theater Wit, 1229 W Belmont Ave. After postponing the original 2020 run due to COVID, Compass Theatre is thrilled to bring this play that directly addresses so many of the issues we are grappling with right now as a result of COVID and the past election. I'll be out to catch the Press Opening on Friday, Jan. 7th, so check back soon for my full review.

The preview performance is Wednesday, Jan. 5 at 7:30 p.m. The regular performance schedule is Thursdays, Fridays and Saturdays at 7:30 p.m. and Sundays at 2:00 p.m. Talk backs with the audience are scheduled for the Jan. 13, 20 and 30 performances. Tickets for Wellesley Girl are $40 for general admission, $35 for seniors and students and are on sale now. For more information or to purchase tickets please visit, CompassTheatre.org.

It is 2465 and American politics hasn't changed much. Except that "America" is now only a handful of New England towns in a walled-in citadel and the population is so small that everyone is a member of Congress. There is an unidentified army encamping at the border and all members of Congress must move beyond personal agendas and petty bickering and decide the nation's fate. And it is snowing.

Pelsue's Wellesley Girl examines the relationship between citizens and democracy and challenges the audience to consider whether it is wise or cowardly to refrain from voting when neither alternative is good. 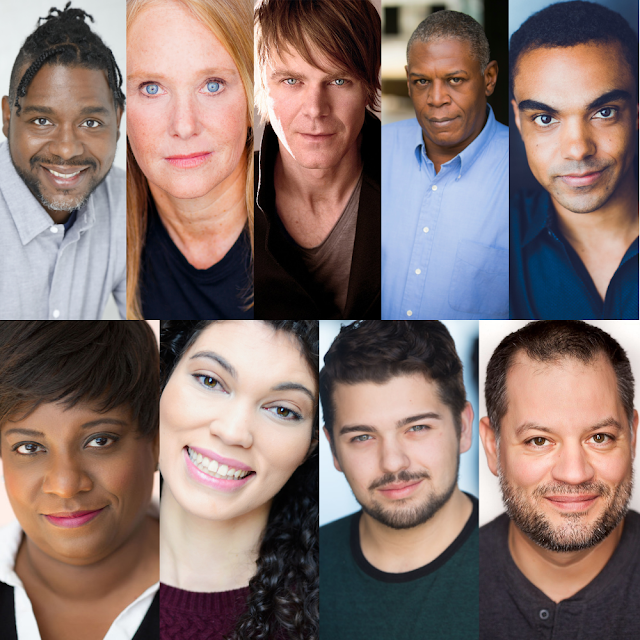 Join Chicago-based comics writer and artist Tim Seeley for a discussion about what a post-apocalyptic America might be like. Post-apocalyptic life is a popular theme in today's comic books. The storylines are often responses to changing socio-political landscapes and serve as both entertainment and warning of possible futures to come. Seeley leads this dynamic discussion and examines what parts, if any, are left of America after a catastrophic event devastates humanity.

Join us as Samir Mayekar, Chicago's deputy mayor for neighborhood & economic development shares his experiences leading the City of Chicago through the initial outbreak of Covid-19 and subsequent shut-down of the city. Hear about the leadership lessons learned from the pandemic and Mayekar's thoughts on Chicago's recovery in a post-Covid world. This talk-back will include a short Q&A.

Civil Discourse and the Responsibility of Voice with Leila Brammer, director of the Parrhesia Program for Public Discourse at the University of Chicago

How we talk about things matters. Director of the Parrhesia Program for Public Discourse at the University of Chicago Leila Brammer leads a discussion on one of the most important educational, political and social issues of today: how to have a civil conversation in a democratic society and leaving room for someone else's viewpoint.

Brendan Pelsue is a playwright, librettist and translator whose work has been produced in New York and regionally. His play Wellesley Girl premiered at the 2016 Humana Festival of New American Plays. Hagoromo, a dance-opera piece for which he wrote the libretto, has appeared at the Brooklyn Academy of Music and the Pocantico Center. Other work includes New Domestic Architecture at the Yale Carlotta Festival, Read to Me at the 2015 Bay Area Playwrights Festival, Lost Weekend at the Actors Theatre of Louisville Professional Training Company, Parking Lot, Riverbank: a Noh Play for Northerly Americans and a translation of Moliere’s Don Juan at the Yale School of Drama, Visitors with Corkscrew Theatre Company, Petra and the Saints with the Telephonic Literary Union and Diagram of a Kidnapping with the Brown University New Play Festival. He has taught or mentored at Yale College, Wesleyan University and Lesley University. Originally from Newburyport, Massachusetts, he received his B.A. from Brown University, where he received the Weston Prize in Playwriting and his M.F. A. from Yale School of Drama.

James Fleming is a freelance director based in New York and Chicago. Fleming is currently pursuing his MFA in directing at Yale School of Drama and coming back to Chicago to direct for Compass Theatre.  Prior to Yale, he served as associate artistic director at Redtwist theatre and as director of New Works at The New Colony in Chicago. Recent credits include Grace McLeod's Scare Me (The New Colony) and Herland (Redtwist Theatre); Thornton Wilder's Our Town and MJ Kaufman's Sagittarius Ponderosa (Redtwist Theatre); Alexandra Matthews and Eric Shoemaker's adaptation of Kate Chopin's The Awakening (ArtsOnSite NYC). He has assistant directed at Goodman Theatre, Court Theatre and Greenhouse Theater Center. He holds a BA in Public Policy and Theatre & Performance Studies from the University of Chicago.

Compass Theatre’s mission is to discover the understanding and compassion for others through challenging contemporary storytelling and open discussions. Fundamental to human connection is the ability to see, hear, understand and empathize with experiences different than our own. There is no better medium for that than live theatre. We invite the modern audience to lean in, ask questions, and share emotions, experiences and insights.

Posted by Bonnie Kenaz-Mara at 10:00 AM No comments: