THE FACTORY THEATER ANNOUNCES ITS LIVE RETURN OF 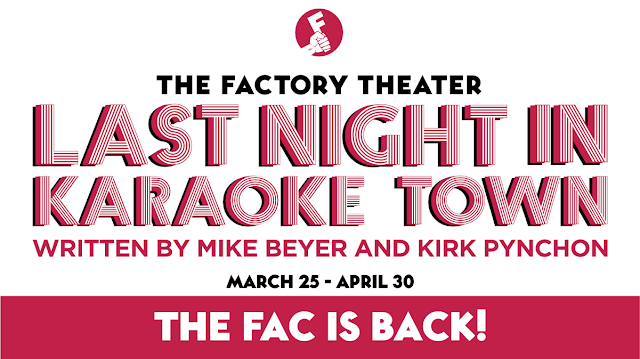 in a Return to Stage Remount of its Acclaimed Comedy

The Factory Theater,1623 W. Howard St., is pleased to announce the LIVE return of its hit production, Last Night in Karaoke Town, March 25-April 30. Written by Mike Beyer and Kirk Pynchon and directed by Kim Boler, the original run was ended during its run in spring 2020 due to COVID and the Factory is thrilled to remount the only known tribute to Cleveland in the history of American theater this fall to relaunch its space and to welcome its audiences back to Howard Street. Previews are Friday, March 18 and Saturday, March 19 at 8 p.m. and Sunday, March 20 at 3 p.m.

The regular performance schedule is Fridays and Saturdays at 8 p.m. and Sundays at 3 p.m. Tickets for Last Night in Karaoke Town are $10 - $25 and may be purchased through the Box Office by calling 866-811-4111 or by visiting TheFactoryTheater.com.

One of Cleveland’s oldest karaoke bars may have to close its doors forever, unless its long-time proprietor can convince the new building owner not to change it into a cider bar. With a neighborhood slowly gentrifying around them, the longtime patrons embark on a plan to keep their beloved watering hole intact. It all comes down to one final night, where the beer flows freely and the karaoke soars higher than Steve Perry’s vocals on “Don’t Stop Believin’.”

Last Night in Karaoke Town during its original run was Jeff nominated and garnered rave reviews, including Katy Walsh of TheFourthWalsh.com who said “It’s a fun evening—Cleveland-style!” and Amy Munice of PictureThisPost.com who called it "A collection of diverse personalities that bond around music, shots and beer for whom you instantly feel affection." In addition to being Chicago Reader Recommended, Max Maller said Last Night in Karaoke Town is “A raucous showdown between the dual opposing forces of innovation and authenticity.”

Mike Beyer is a current ensemble member at the Factory Theater and has been with the company since its inception. He is the author/co-author of several past Factory plays, including White Trash Wedding and a Funeral (with Bill Havle), Hey! Dancin’! (with Kirk Pynchon), Hey! Dancin’! Hey! Musical! (also with Kirk Pynchon), Dirty Diamonds, and Herb Stabler: Wandering Spirit. Beyer has also appeared in several Factory productions, and makes his home in Chicago.

Kirk Pynchon is a Factory Theater emeritus ensemble member, having been with the Factory since the early '90s. Over the years he has written several successful plays for the Factory, including Man Card, Poppin' and Lockdown, Poppin' and Lockdown 2: Dance the Right Thing, Hey! Dancin'! (with Mike Beyer), and Hey! Dancin'! Hey! Musical! (also with Mike Beyer). Pynchon lives in Los Angeles and is the Managing Editor of a small media firm. He is also a co-host of the indie podcasts Music Raygun and Nostalgicast.

Kim Boler has been an ensemble member of the Factory Theater since 2015 and will be making her Chicago directorial debut with Last Night in Karaoke Town. She has also appeared as an actor in numerous Factory productions: Zombie Broads, Jenny & Jenni, The Last Big Mistake and Fight City. 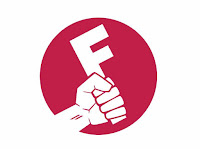 Posted by Bonnie Kenaz-Mara at 6:40 PM No comments: