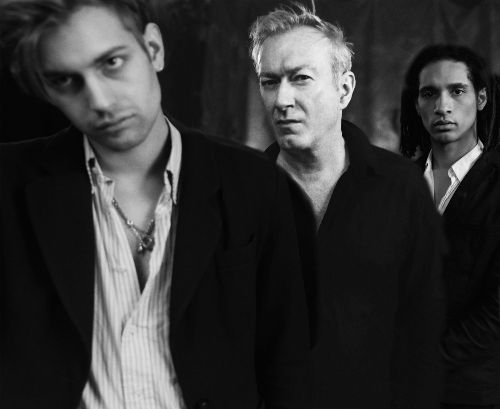 “We have short memories, maybe the world has not changed so much. Polarization is not new. We had an idea that we moved forward with; but now it’s crumbled and turned to dust. What was solid is now Paper Thin. Once, we could shut the door but we can no longer, the outside world will get to us, constantly, all the time.” - Andy Gill Gang of Four

Pioneering post-punk band, the GANG OF FOUR were formed by guitarist Andy Gill in the bricolage punk rock fallout culture of late seventies Leeds, UK – a place where art was a mirror and guitars were machine guns.

They redesigned rock in the punk aftermath, taking the incendiary energy of the form and crisscrossing it with funk, stripping away the baggage of rock excess and creating a new stripped-down music that was full of energy, heavy grooves, shrapnel guitars and politically charged lyrics matching the harshness of the times.

Gang of Four bounced around the music business releasing a series of albums including 1979’s universally lauded ENTERTAINMENT (which celebrates its 40th birthday in 2019) and they have been a direct inspiration to a diverse selection of bands, from the surrounding post-punk generation to the big bands that followed. The Red Hot Chili Peppers, INXS, R.E.M., U2, Rage Against the Machine, Nirvana and Massive Attack have all spoken of their debt to Gang of Four.

More recently, the band’s influence has become almost universal — now everybody talks about Gang of Four. From Franz Ferdinand to St Vincent, from Sleater-Kinney and James Murphy of LCD Soundsystem to Nine Inch Nails and IDLES, today's leading creators have GO4's influence and imprint all over them. The band is also reaching an urban audience with Frank Ocean sampling them on his latest album and Pharrell name-checking the band in his interviews.

Gang of Four have released a series of albums that emphatically demonstrate their capacity for invention and energy. The line-up now includes bassist Thomas McNeice — who joined in 2008 — and John ‘Gaoler’ Sterry whose fervent vocals sit perfectly alongside Gill’s six-string invention.

Urgent, dangerous and intense with their prolific bass sound, the Gang of Four are, somehow, one of the best young bands in Britain. Except this band is built around its founder and esteemed guitarist Andy Gill, whose pursuit of perfection has left him as the gang of one. Gill is as vital as ever at the heart of the project. 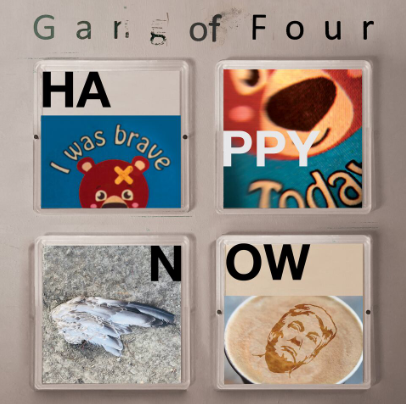 The upcoming album Happy Now is the perfect synthesis between a modern take on the classic GO4 sound — a pop touch with those timeless angular guitar lines and fractured rhythms — with a fast forward vision. It’s this combination of electronics and the jagged guitar lines pursuing 21st century grooves that achieves a striking balance between the band’s fundamental sound and its restless embrace of the now and the new. Exemplified by the first single, the pulsating "Paper Thin," the result is a body of anthemic songs of modern confusion, and Happy Now a record for our times.

Standout cuts such as opener "Toreador," "Change The Locks," "Ivanka: My Name’s On It," "White Lies" and "I’m A Liar" capture the full energy of their live show which is seriously good. McNeice’s bass is fierce, sharp, full of post-punk grind. He looks sharp and lean, dangerous as well, with his suicide runs across the stage, all the while locking in tight with the dark energy groove provided by Jonny Finnigan and Tobias Humble. Meanwhile Gaoler is delivering his impassioned vocals, complemented by Gill’s steel-eyed resolve.

The 2019 Gang of Four are glorious. They sound enormous. They are exciting and have more than a whiff of danger and revolution about them. Gill radiates intensity and still plays the guitar like it’s sparking with electricity, and his band of young droogs add a youthful exuberance and energy that electrifies the songs and makes Gang of Four a thrilling exercise in reinvention.

Gang of Four embark on a tour of the USA in February, China, Japan, New Zealand and Australia.

Gang of Four live in Bucharest photo by Andrei Musat