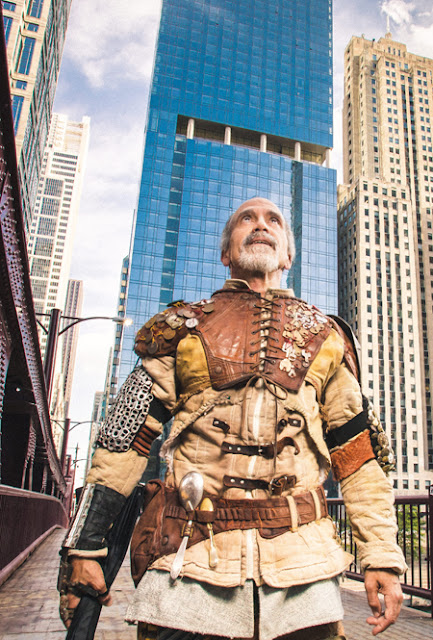 Casting revealed for the complete 2017/18 Season

Created by acclaimed Mexican director and internationally-recognized artist Claudio Valdés Kuri and featuring a virtuoso performance, this engaging and creative interpretation of the classic novel by Miguel de Cervantes transports audiences between time periods: from the fascinating universes created by Cervantes to the parallel realities of our current world.

Eugene O’Neill’s masterpiece A Moon for the Misbegotten, directed by William Brown, will feature James DeVita, A.C. Smith and Bethany Thomas, with additional casting still to be announced.

The Chicago Premiere of Lydia Diamond’s Smart People, which closes the season in the Gillian Theatre and is directed by Hallie Gordon, will feature Kayla Carter, Erik Hellman and Deanna Myers with additional casting still to be announced.

The 2017-2018 Season marks Writers Theatre’s second full season in the company’s award-winning new home at 325 Tudor Court in Glencoe, designed by Studio Gang Architects. Productions will be presented in two spaces in the theater complex including the 255-seat Alexandra C. and John D. Nichols Theatre as well as the Gillian Theatre, a 50 to 99-seat flexible theatre space.

From its very first year, Writers Theatre has brought quality and excellence to the stage while maintaining the company’s hallmark intimacy. The last 25 years have seen unprecedented growth in both the artistic and business arenas as the company has garnered national acclaim and recognition, marked by the celebrated opening of the Theatre’s new facility in February of 2016. With a longstanding reputation for consistent artistic excellence and with strong ties to the community, Writers Theatre has built an award-winning repertoire and serves as a vital and highly regarded company in the Chicagoland theatre community.

“I am so excited to announce our casting for the 2017/2018 season,” said Artistic Director Michael Halberstam. “Furthermore, I couldn’t be happier to welcome Claudio Valdez-Kuri to Writers Theatre, helming his original adaptation of Don Quixote.  I first met Claudio at a National Theatre Conference and was inspired to travel to see his work in Mexico City where he had staged a production of Life’s a Dream by Calderon.  To be able to bring him to Glencoe is the fulfillment of a three-year dialogue and it will definitely have been worth the wait!”

“We have a marvelous line up of actors readying themselves to bring the season to life - a bounty of familiar faces as well as a host of actors new to the company.  2017/2018 promises to be a season like none before - taking full advantage of our new venue while paying homage to the foundations upon which it was built.” 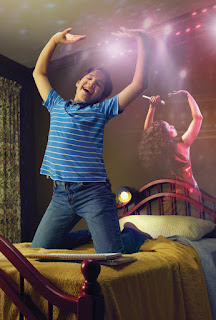 Check out our review HERE

Meet Trevor, a 13-year-old boy in 1981 whose vibrant imagination drives a turbulent journey of self-discovery. As he deals with adolescence and all that goes with it, Trevor begins to explore what it means to be himself, influenced by his friends, parents . . . and Diana Ross.

Based on the story that inspired the Academy Award-winning film, the charity and the national movement, TREVOR the musical is a coming-of-age story about identity, emerging sexuality and the struggles of growing up in a world that may not be ready for you.  This world premiere musical is directed by Marc Bruni, who helmed the Tony Award-winning production of Beautiful: The Carole King Musical on Broadway.

The Trevor Project was created as a result of the Academy Award-winning film that also inspired TREVOR the musical. The Trevor Project is the nation’s only accredited crisis intervention and suicide prevention organization focused on saving young LGBTQ lives. www.TheTrevorProject.org 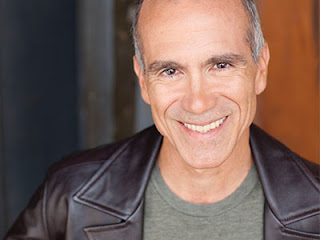 This engaging and creative interpretation of the classic novel by Miguel de Cervantes transports audiences between time periods: from the fascinating universes created by Cervantes to the parallel realities of our current world. Along the way, the universally beloved dreamer Don Quixote helps bring new meaning to our triumphs and defeats, reawakening our forgotten desires and celebrating the joys of great literature.

Created by acclaimed Mexican director and internationally recognized artist Claudio Valdés Kuri and featuring a virtuoso performance in WT’s intimate Gillian Theatre, Quixote: On the Conquest of Self will immerse audiences in the story of this eccentric idealist and self-proclaimed knight errant, as they accompany him on a fantastic adventure filled with great humor and poignancy. 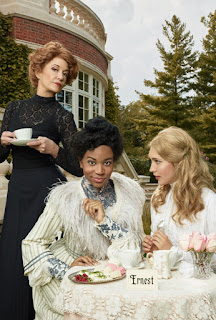 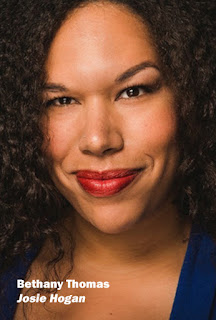 The cast includes: James DeVita (Jim), A.C. Smith (Phil) and Bethany Thomas (Josie). The roles of Mike Hogan and Stedman Harder are yet to be announced.

In 1920s rural Connecticut, Phil Hogan cobbles together a living on rented farmland that he hopes to someday own outright, when his landlord Jim Tyrone comes into his inheritance. Hogan has driven away his three sons, but his towering daughter Josie understands her father and can hold her own. When the two learn that the land may be sold out from under them, they concoct a plan to save it that ultimately reveals the secret desires that two lonely souls have kept hidden for years.

This bittersweet elegy from four-time Pulitzer Prize-winning playwright and Nobel laureate Eugene O’Neill offers a moving and powerful exploration of humanity at its basest and most beautiful.  Directed by WT Resident Director William Brown (Company, Doubt: A Parable, The Liar, A Little Night Music and many more), this soaring powerhouse of a play is simultaneously intimate and epic, touching on themes of desire, family and the things we sacrifice for those we love. 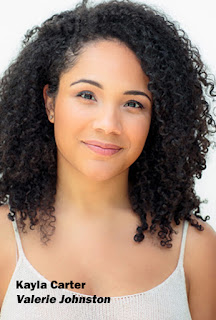 Four intelligent, attractive and opinionated young urban professionals—a doctor, an actress, a psychologist, and a neurobiologist studying the human brain’s response to race—search for love, success, and identity while also attempting to navigate the intricacies of racial and sexual politics. This whip-smart new play taps into current cultural conversation in an enthralling and provocative way, taking on deep questions of the nature of prejudice with razor sharp wit.

Staged in WT’s intimate Gillian Theatre, this sexy, serious and fiercely funny new play explores the inescapable nature of racism and other tricky topics with rapid fire dialogue, shattering assumptions about our culture’s ingrained attitudes of racism, sexism and classism. You’re sure to be captivated by one of the smartest new plays of its time! 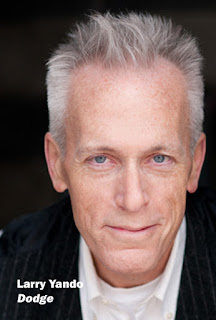 On a cross-country trip from New York to the west coast, Vince and his girlfriend Shelly decide to make a stop at his grandparents’ rural Illinois home. But when they arrive, neither his grandparents, Dodge and Halie, nor his father Tilden and uncle Bradley seem to recognize or remember him. As Vince searches for answers, truths begin to emerge that reveal a deep corrosion of this fragmented family living in a forgotten America.

This Pulitzer Prize-winning masterpiece will be newly invigorated for the WT stage by Resident Director Kimberly Senior (Hedda Gabler, The Diary Of Anne Frank, Marjorie Prime, The Scene), drawing audiences deeply into the story of a family fighting to come to grips with an America that may have left them behind.

SEASON PACKAGES
Writers Theatre season ticket packages provide a convenient theatergoing experience and guarantee access to all of WT’s highly anticipated productions throughout the season. Six-play subscription packages are available, ranging in price from $249 to $389.

Three-play “Pick Your Own” Flex packages that include two productions in the Nichols Theatre and one production in the Gillian Theatre start at $199.

Season package subscribers receive exclusive benefits including complimentary ticket exchanges by phone and mail (upgrade fees may apply), a one-year subscription to The Brief Chronicle newsmagazine and more. For a complete list of benefits visit writerstheatre.org.

Pre-Show Conversation: Up Close
Join us at 6:45pm before every Thursday evening performance (excluding previews and extension dates) of Trevor the musical, The Importance of Being Earnest, A Moon for the Misbegotten and Buried Child for a 15-minute primer on the context and content of the play facilitated by a member of the WT Artistic Team.

Post Show Conversation: The Word
Join us after every Tuesday evening performance (excluding previews and extension dates) for a 15-minute discussion of the play, facilitated by a member of the WT Artistic Team.

Post Show Conversation: The Artist
Join us after every Wednesday evening performance (excluding previews and extension dates) for a 15-minute talk-back featuring actors from the production, facilitated by a member of the WT Artistic Team.

Sunday Spotlight
This one-hour event extends the conversation on our stages by featuring an expert in a field related to the themes or setting of each play, moderated by a member of the WT Artistic Team. Seating is limited. RSVP is required.

The Making of… Series
Writers Theatre will once again host its popular The Making of… Series, providing insight into a different aspect of creating the productions seen on our stages. This one-hour event will feature WT Literary Manager Bobby Kennedy in conversation with an artist associated with each production, discussing their part in bringing the play to life. The Making of… events are FREE and open to the public. Seating is limited. RSVP is required.

In February 2016, Writers Theatre opened a new, state-of-the-art facility. This established the company's first permanent home—a new theatre center in downtown Glencoe, designed by the award-winning, internationally renowned Studio Gang Architects, led by Founder and Design Principal Jeanne Gang, FAIA, in collaboration with Theatre Consultant Auerbach Pollock Friedlander. The new facility, which was recently recognized with LEED Gold Certification for sustainability initiatives, has allowed the Theatre to continue to grow to accommodate its audience, while maintaining its trademark intimacy, resonating with and complementing the Theatre’s neighboring Glencoe community, adding tremendous value to Chicagoland and helping to establish the North Shore as a premier cultural destination.