OPENING: The Book of Joseph at Chicago Shakespeare Theater 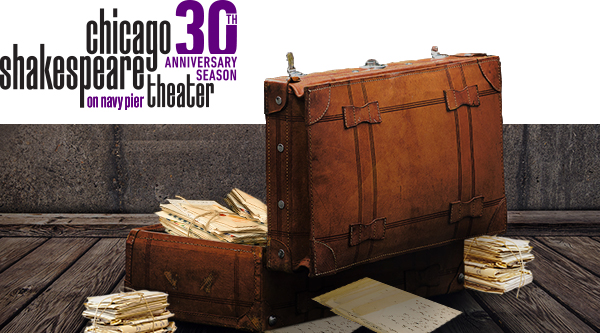 ChiIL Live Shows will be out for the press opening, so check back soon for our full review. In these tumultuous times, when even the president of the United States doesn't mention all the Jews that died during World War II on Holocaust Remembrance Day, it's more important than ever to tell the stories. We're very much looking forward to this world premiere production.

Those who cannot remember the past are condemned to repeat it. George Santayana

Chicago Shakespeare Theater (CST) announces the cast and creative team for the world premiere of The Book of Joseph, a new play by award-winning playwright Karen Hartman chronicling three generations of the Hollander family in a sweeping story that spans history from occupied Poland to present-day America. Directed by CST Artistic Director Barbara Gaines and developed with Creative Producer Rick Boynton, The Book of Joseph debuts in the theater Upstairs at Chicago Shakespeare, January 29–March 5, 2017.

Richard Hollander was devastated when his parents were killed in an accident. While cleaning out their attic, he discovered a suitcase of letters written in Polish and German during World War II by a family he never knew—depicting day-to-day life under the most painful of circumstances in occupied Poland. Richard went on to discover that, at the time the letters were written, his father Joseph was fighting the United States government to avoid deportation and death—a campaign that involved such historic figures as Eleanor Roosevelt, Secretary of State Cordell Hull, senators and judges. He was astounded to learn that his father saved the lives of many but, despite heroic efforts, could not save his own family. Richard published his father's story and the collection of letters in the book Every Day Lasts A Year.

Chicago Shakespeare, working alongside the Hollander family, has commissioned Karen Hartman to adapt this deeply resonant and historically significant story into a new play that not only paints a compelling portrait of a family torn apart by war, but also shines a light on the immigrant experience across the globe. The production features Francis Guinan as the present-day Richard and Sean Fortunato as his father Joseph.

Hartman’s work includes Goliath, Donna Wants, Going Gone, Troy Women and others that have been commissioned and staged by dozens of theaters across the nation. This season alone, Hartman has three world premiere plays in four productions from coast to coast—including, most recently, Roz and Ray at Victory Gardens Theater. 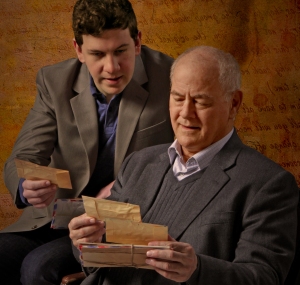 Longtime Chicago favorite Francis Guinan leads the cast as Richard Hollander, who makes the fateful discovery of his family’s letters and digs into the past to unearth his father’s secrets. Guinan has appeared on Broadway in August: Osage County, The Grapes of Wrath and As Is. A member of the Steppenwolf Theatre Company ensemble, he has also appeared in productions at Northlight Theatre, Goodman Theatre, Writers Theatre and TimeLine Theatre Company. Sean Fortunato plays Joseph, Richard’s father and the subject of his story—portrayed in flashback during his harrowing escape from occupied Poland to seeking asylum in America. Fortunato returns to Chicago Shakespeare, where he has appeared in over twenty productions, most recently in King Charles III. Representing the third generation of Hollanders is Adam Wesley Brown as Richard’s young adult son Craig. Brown returns to Chicago Shakespeare; his past credits include The Tempest, Julius Caesar and Henry VIII.

At the heart of Joseph’s family in Poland are courageous women: his mother, sisters and their husbands and children. The Hollander clan is led by the matriarch Berta—portrayed by Glynis Bell. A longtime veteran of New York stages, Bell has appeared on Broadway in Therese Raquin, Looped and Amadeus. Joseph’s three sisters are portrayed by Amy J. Carle (Mania), Gail Shapiro (Klara) and Patricia Lavery (Dola). Ron E. Rains (Salo) returns to Chicago Shakespeare, after most recently appearing in The Tempest. Brenann Stacker (Genka) and Mikey Gray(Lusia) portray the youngest members of the Hollander family.

The production comes to the theater Upstairs at Chicago Shakespeare with the creative talents of Scenic Designer Scott Davis in his 25th CST production, after most recently designing sets for the epic Tug of War marathon. Also on the creative team are Costume Designer Rachel Healy, who previously designed Short Shakespeare! Twelfth Night, and Lighting Designer Phillip S. Rosenberg in his 15th Chicago Shakespeare production. Co-Sound Designers Misha Fiksel and Miles Polaski make their CST debuts.

Highlighting the Theater’s commitment to new work, The Book of Joseph is Chicago Shakespeare’s 19th world premiere in a season with six other projects in development.

Creative Producer Rick Boynton oversees the development of a wide spectrum of new work—with many works receiving extended productions in 2016. The CST-commissioned Othello: The Remix, a hip-hop adaptation of Shakespeare’s tragedy from The Q Brothers, opened to rave reviews in an off-Broadway production presented by John Leguizamo. The new musical Ride the Cyclone, which was developed with CST, is also in the midst of an off-Broadway run at MCC Theatre directed by Rachel Rockwell, and was named to the “Best Theatre of 2016” list by The New York Times. In Summer 2016, Paul Gordon’s sweeping musical adaptation of Sense and Sensibility made its West Coast premiere at the Old Globe Theatre, in a production staged by Barbara Gaines and featuring many of the original CST cast members.

In partnership with the Illinois Holocaust Museum and Education Center, Richard Hollander and CST Creative Producer Rick Boynton will discuss the development process in an event at the Museum on January 26.

For more information about the production, visit www.chicagoshakes.com/Joseph.

The Book of Joseph will be performed at Chicago Shakespeare Theater, January 29–March 5, 2017. Tickets are on sale now for $38–$58 (subject to change). Special discounts are available for groups of 10 or more, as well as CST for $20 tickets available for patrons under 35. For more information or to purchase tickets, contact Chicago Shakespeare Theater’s Box Office at 312.595.5600 or visit the Theater’s website at www.chicagoshakes.com.

CST strives to make its facility and performances accessible to all patrons through its Access Shakespeareprograms. The Book of Joseph will have an Audio-described performance on Sunday, February 12, 2017 at 2:00 p.m. (with optional Touch Tour at 12:00 p.m.) and an Open-captioned performance on Friday, February, 24, 2017 at 7:30 p.m.
Posted by Bonnie Kenaz-Mara at 7:01 AM No comments: