I'll be ChiILin' with Chi, IL's Black Ensemble Theater for the press opening of Mahalia Jackson: Moving Through The Light on Sunday, March 10th, so check back soon for my full review. This one is written and directed by Black Ensemble Theater Founder and CEO Jackie Taylor, and she's nothing short of a force of nature and a legend herself. I'm eager to check it out.

Mahalia Jackson was considered the greatest gospel singer in the world. Her deep rich voice made her an international star. We learn through this riveting tribute to her life that she not only sang the Gospel, she lived the Gospel. This musical tribute will feature many of her classics including “Precious Lord,” “How Great Thou Art,” “How I Got Over,” and “I Believe,” to name a few.

Tickets are available at www.blackensemble.org, (773) 769-4451 or at the Black Ensemble Theater Box Office, 4450 N. Clark Street in Chicago. Single tickets for regular season performances are priced at $55 on Thursdays, and Saturday matinees; and $65 on Fridays, Saturday evenings, and Sunday matinees. A 10% discount is available for students, seniors, and groups. Previews are priced at $45. 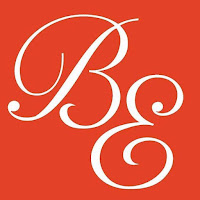