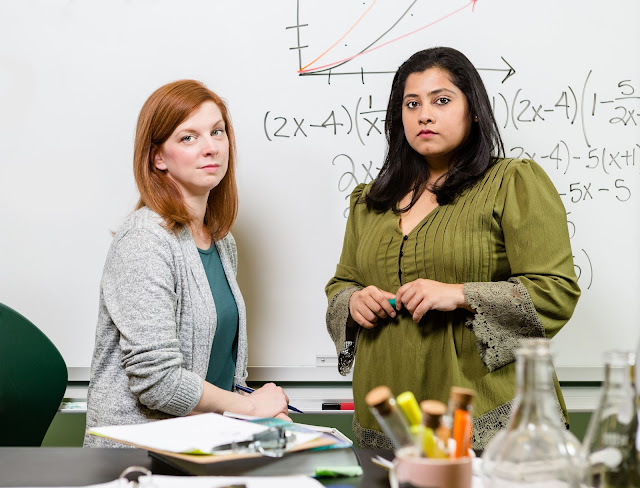 PhD candidates Sanam and Ariel have spent the better part of the last decade exhaustively researching vanishing bee populations across the globe. Just as these close friends are about to publish a career-defining paper, Sanam stumbles upon a miscalculation. What appears to be a small error could cause catastrophic damage to their reputations, careers, and friendship. Now, Sanam is confronted with an impossible choice: look the other way or stand by her principles and accept the consequences.

Queen by Madhuri Shekar and directed by Joanie Schultz (Cocked, The Whale) returns to Victory Gardens Theater after enthralling audiences at the 2015 IGNITION Festival of New Plays.

”The current conversation around climate change, the disappearance of bees, and our nation’s response to environmental protection continues to be challenging on a daily basis," comments Artistic Director Chay Yew. ”However, it excites me that playwright Madhuri Shekar has kept this dialogue alive and urgent in the world premiere of Queen. With Madhuri's signature wit and her uncanny ability to weave a complex yet remarkably insightful story, this play is framed by two female PhD science students from different races who want nothing more than to protect our planet and the bees that inhabit it – even at the cost of their own friendship." 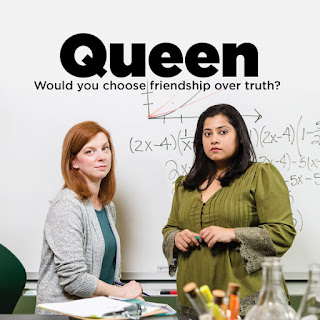 About the Artists
Madhuri Shekar (Playwright) is based in New York. Her plays include In Love and Warcraft, A Nice Indian Boy, Queen and Antigone, presented by the girls of St. Catherine’s. Her work has been produced, commissioned or developed at the Alliance Theatre, the Old Globe, Center Theatre Group, Victory Gardens, the Kennedy Center, Hedgebrook Playwrights Festival and the Oregon Shakespeare Festival. She is currently a playwriting fellow at the Juilliard School and a member of the Ma-Yi Writers Lab. She co-created the Shakespearean web series Titus and Dronicus (titusanddronicus.com).

Public Programs
Public Programs is an event series designed to enhance your experience by exploring themes and issues within Victory Gardens Theater’s productions. Connecting our theater to the world beyond the stage and rehearsal room, Public Programs bridge ideas, provoke dialogue, and deepen the relationship between our audiences and our productions

A full and updated schedule of special events, post-show discussions and presentations centered on performances of Queen is available at www.victorygardens.org . All events are free unless otherwise noted. For more information, call 773.871.3000 or visit the Victory Gardens website.

AFTERWORDS
After every performance of QUEEN (unless otherwise noted)
Join us for one of our intimate post-show conversations. Led by members from the Victory Gardens community—artistic affiliates, subscribers, Artistic staff, Teen Arts Council members, The Council of Community Leaders, and community partners— reflect on what you’ve seen and share your response.

HONEY, HONEY
Pre-show celebration | Post-show conversation
April 18, 2017
Reception begins at 6:30pm in the Victory Gardens lobby
Post-Show conversation to follow the evening performance of Queen
Avocados, coffee, cilantro, strawberries, and, yes, honey. All foods that we enjoy because of bees. What do we lose when we lose bees? Join us for a pre-show honey tasting and beekeeping demonstrations, featuring urban beekeepers in Chicago. After the performance of QUEEN, join local beekeepers to talk about the loss of bees from a more personal perspective.

YAAAS QUEEN
Pre-show celebration | Post-show conversation
April 19, 2017
Reception begins at 6:30pm in the Victory Gardens lobby
Post-Show conversation to follow the evening performance of Queen
STEM: Science, technology, engineering, mathematics. Just 25% of the workforce in these fields is comprised of women. Join us for a pre-show celebration to recognize the women like Sanam and Ariel who have pushed ahead in a field that continually tries to shut them out. After this performance of QUEEN, join us for a discussion with local scholars, researchers, and scientists about their work and experiences in the field.

ARTIST TALK WITH MADHURI SHEKAR
Post-show conversation
April 20, 2017 | Following the evening performance of Queen
Have you ever wondered what goes into writing a play like QUEEN? Join playwright Madhuri Shekar and
our Director of New Play Development Isaac Gomez as they delve into the process of developing a new
play from the ground up.

EARTH DAY
Pre-show celebration
April 22, 2017 | 6:30pm in the Victory Gardens Lobby
Every day should be Earth Day! How can we make daily changes to care for our planet? Join us for an
evening of interactive events including a food waste composting demo, Zero Waste Challenge performances from local artists and activists whose work centers around the environment. Then, join us for an evening performance of QUEEN. Each ticket includes a gift bag with seeds to help you start your
bee-friendly garden and other fun favors!

FROM STEM TO STEAM
April 29, 2017 | Following the evening performance of Queen
Art and science are often seen from the opposite ends of the education spectrum. But they are
more connected than we may think. Science and art are both methods to understand our place in the world and why things happen the way they do. Join us after tonight’s performance of QUEEN for a
post-show full of science-related poetry; applying math and science to the arts, applying art to math and
science.

COLLEGE NIGHT
Pre-show celebration | Post-show conversation
May 12, 2017
Reception begins at 6:30pm in the Victory Gardens lobby
Post-Show conversation to follow the evening performance of Queen
Gender parity is just one issue that the scientists in QUEEN, Sanam and Ariel, face throughout their careers. Even among the struggle, there is joy and pride to be found in the work that they did and will continue to do. Their fight is not just fictional: women comprise only 25% of the workforce in STEM fields.
Join us for a night of short plays written and performed by Chicago college students from Northwestern,
DePaul, University of Chicago, and Columbia, reflecting on the challenges that women face in their professional lives.

BEE IN THE KNOW
May 13, 2017 | Following the evening performance of Queen
In our current political climate, the issue of climate change is an often contentious one. A clear partisan
issue, what does this mean in the years to come? How is climate change affecting our day to day lives
and how can we get involved? Join us after tonight’s performance of QUEEN as we talk with local
scientists, activists, and scholars and dive into climate change and its effect on the bee population, as
well as on our futures. 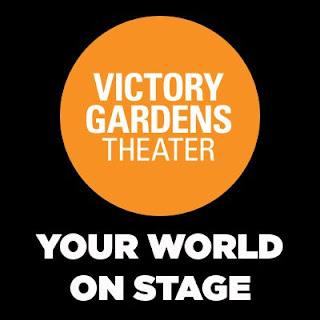 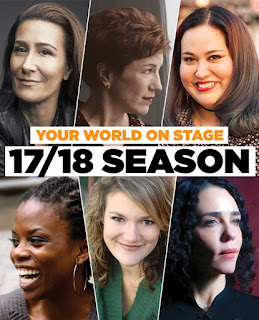