In 1982, Steppenwolf exploded onto the American Theatre scene with its now legendary production of Sam Shepard's True West. This American classic traces the volatile relationship of Austin and Lee, estranged brothers who find themselves holed up together in their mother's well-kept suburban house with a typewriter, a set of golf clubs and the undeniable call of the desert. In its first Steppenwolf revival, our new generation of artists take on Shepard's masterpiece.

Steppenwolf’s original production of True West opened in 1982 with then fairly unknown actors Jeff Perry (Austin) and John Malkovich (Lee) playing the leads, alongside ensemble members Francis Guinan (Saul) and Laurie Metcalf (Mom), directed by Gary Sinise. With Sam Shepard's approval, Steppenwolf’s production transferred to Off-Broadway, where it opened at Cherry Lane Theatre in October 1982 with Gary Sinise taking on the role of ‘Austin.’ The show closed on August 4, 1984 after 762 performances. A television movie of the stage play, featuring Sinise and Malkovich, aired on the PBS series "American Playhouse" in January 1984.

Cast Bios
Francis Guinan (Saul Kimmer) is a member of the Steppenwolf Theatre Company ensemble. He has appeared in more than 30 Steppenwolf productions including Downstate (both in Chicago and at the National Theatre), You Got Older, The Minutes, The Rembrandt, Hir, The Herd, The Night Alive, Tribes, The Birthday Party, The Book Thief, Time Stands Still, Endgame, American Buffalo, Fake, The Seafarer, August: Osage County and The Real Inspector Hound. Guinan also played the role of ‘Saul’ in the original 1982 production of True West.

Jon Michael Hill (Austin) has been a Steppenwolf ensemble member since 2007 and was last seen on Steppenwolf’s stage as Moses in Antoinette Nwandu’s Pass Over, which was filmed by Spike Lee and released by Amazon Studios. Hill reprised the role of Moses in the Lincoln Center Theater production the following year. Hill currently appears as ‘Detective Marcus Bell’ in the CBS-TV series Elementary. He was nominated for a Tony Award and won an Outer Critics Circle and Theatre World Award for his role as ‘Franco Wicks’ in the Broadway production of Superior Donuts by ensemble member Tracy Letts, a role which he originated at Steppenwolf. Hill has also performed at Steppenwolf in The Hot L Baltimore, The Tempest, Kafka on the Shore, The Unmentionables and others. Additional television and film credits include Detroit 1-8-7, Eastbound and Down, Law & Order: Special Victims Unit and Person of Interest.

Jacqueline Williams (Mom) Steppenwolf credits include Familiar, The Christians, Airline Highway, Head of Passes (also at Mark Taper opposite Phylicia Rashad), Hot L Baltimore, Brother Sister Plays, and others. At the Goodman, she performed in Father Comes Home from the Wars, Pullman Porter Blues (some performances), stop. reset, Camino Real, Trinity River Plays, Blues for an Alabama Sky, Amen Corner, Ooh-Blah-Dee, and many others. Additional credits include Guess Who’s Coming to Dinner, Harvey, Man in the Ring, Gem of the Ocean, Fences, Caroline or Change, Electra (title role) at Court Theatre; Skeleton Crew, The Miser, Gees Bend at Northlight; The House That Will Not Stand, A Wonder in my Soul, Gospel of Loving Kindness, others at Victory Gardens. She toured with the Market Theatre of Johannesburg. She is a multi-award winner and has worked and toured extensively regionally.  She performed on Broadway in Young Man From Atlanta and Off Broadway in From The Mississippi Delta (Oprah Winfrey co-produced), Talented Tenth, Mill Fire. TV/film credits include cast of Turks, recurring Mrs. Brown on The Chi, Officer Becerra on Chicago Fire/PD/Med, Warden Myers on Empire, Prison Break, Heartlock, The Break Up and The Lake House.

Director Bio
Randall Arney has been a theater professional for more than 30 years and ensemble member and former artistic director of Chicago’s Steppenwolf Theatre where his directing credits include Slowgirl, The Seafarer, The Beauty Queen of Leenane, Death and the Maiden, Curse of the Starving Class, Killers and The Geography of Luck, among others. Arney also directed Steppenwolf’s world premiere of Steve Martin’s Picasso at the Lapin Agile, as well as the subsequent national and internationally acclaimed productions. Arney’s acting credits with Steppenwolf include Born Yesterday, Ghost in the Machine, The Homecoming, Frank’s Wild Years, You Can’t Take It with You, Fool for Love, True West (played ‘Saul’ in the Apollo remount), Balm in Gilead, and Coyote Ugly. As the artistic director for Steppenwolf from 1987 to 1995, Arney oversaw the creation of a new state-of-the-art theater which is Steppenwolf’s current home. Broadway transfers under his leadership include The Rise and Fall of Little Voice, The Song of Jacob Zulu (six Tony Award nominations) and The Grapes of Wrath (1990 Tony Award, Best Play). Arney recently served as the artistic director of the Geffen Playhouse in Los Angeles (1999 to 2017). In addition to his artistic programming and oversight at the Geffen, Arney has directed many productions for the theater, including Icebergs, Outside Mullingar, The Night Alive, Reasons to Be Pretty, Slowgirl, American Buffalo, Superior Donuts, The Female of the Species, Speed-the-Plow, and All My Sons.  Arney has an M.F.A. degree in Acting from Illinois State University and has taught master classes and workshops at the University of California, Los Angeles; Steppenwolf, around the U.S., and in Tokyo. Member of SAG-AFTRA, SDC, and Equity.

Black Card Memberships are for audiences interested in extreme flexibility. Cards include six tickets for use any time, are valid for one year with the option to add additional tickets as needed. Perks include easy and free exchanges, access to seats before the general public, savings on single ticket prices and bar and restaurant discounts. Red Card Memberships are available for theatergoers under 30.More info at steppenwolf.org/memberships


Accessibility
Committed to making the Steppenwolf experience accessible to everyone, performances featuring American Sign Language Interpretation, Open Captioning and Audio Description are offered during the run of each play. Assistive listening devices and large-print programs are available for every performance and the Downstairs and 1700 Theatres are each equipped with an induction hearing loop. All theaters feature wheelchair accessible seating and restrooms, and Front Bar features a push-button entrance, all-gender restrooms and accessible counter and table spaces.

Visitor Information
Steppenwolf is located at 1650 N Halsted St near all forms of public transportation, bike racks and Divvy bike stands. The parking facility ($13 or $15, cash or card) is located just south of our theater at 1624 N Halsted. Valet parking service ($15 cash) is available directly in front of the main entrance starting at 5pm on weeknights, 1pm on weekends and at 12noon before Wednesday matinees. Limited street and lot parking are also available. For last minute questions and concerns, patrons can call the Steppenwolf Parking Hotline at 312.335.1774.

Lead support for this production of True West is provided by Helen Zell and Northern Trust. ComEd is the 2018/19 Season Lighting Sponsor. United Airlines is the Official and Exclusive Airline of Steppenwolf.

Connected to the main lobby is Steppenwolf’s own Front Bar: Coffee and Drinks, offering a warm, creative space to grab a drink, have a bite, or meet up with friends and collaborators, day or night. Open Tuesdays – Sundays, Front Bar serves locally roasted coffee and espresso by Passion House Coffee Roasters and features food by The Goddess and Grocer. The menu focuses on fresh, accessible fare, featuring grab-and-go salads and sandwiches for lunch and adding shareable small plates and desserts for evening and post show service. www.front-bar.com. 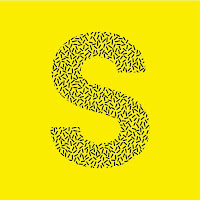 Steppenwolf Theatre Company is the nation’s premier ensemble theater. Formed by a collective of actors in 1976, the ensemble members represent a remarkable cross-section of actors, directors and playwrights. Thrilling and powerful productions from Balm in Gilead and August: Osage County to Pass Over and Downstate—and accolades that include the National Medal of Arts and 12 Tony Awards—have made the theater legendary. Steppenwolf produces hundreds of performances and events annually in its three spaces: the 515-seat Downstairs Theatre, the 299-seat Upstairs Theatre and the 80-seat 1700 Theatre. Artistic programing includes a seven-play season; a two-play Steppenwolf for Young Adults season; Visiting Company engagements; and LookOut, a multi-genre performances series. Education initiatives include the nationally recognized work of Steppenwolf for Young Adults, which engages 15,000 participants annually from Chicago’s diverse communities; the esteemed School at Steppenwolf; and Professional Leadership Programs for arts administration training. While firmly grounded in the Chicago community, nearly 40 original Steppenwolf productions have enjoyed success both nationally and internationally, including Broadway, Off-Broadway, London, Sydney, Galway and Dublin. Anna D. Shapiro is the Artistic Director and David Schmitz is the Executive Director. Eric Lefkofsky is Chair of Steppenwolf’s Board of Trustees.