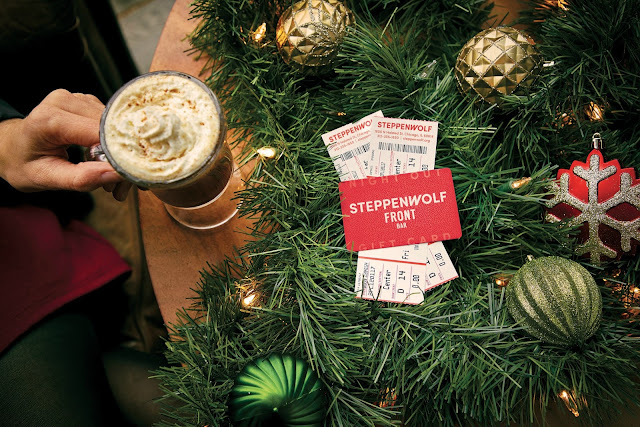 Steppenwolf Theatre Company announces an exciting new promotional deal in time for the 2017 holiday season. Perfect for both personal and business gifting, it’s easy to warm hearts with the gift of theatre. Spread some holiday cheer with a Night Out Gift Card that includes two flexible ticket credits to any Steppenwolf performance and $25 Front Bar gift card for the low price of $179. The Night Out Gift Card can be purchased through Audience Services (1650 N Halsted St) at 312-335-1650 or steppenwolf.org\holiday. Limited time offer through January 6, 2018.

The Minutes
Written by ensemble member Tracy Letts
Directed by Artistic Director Anna D. Shapiro
November 9 – December 31, 2017 in the Downstairs Theatre
A scathing new comedy about small-town politics and real-world power exposes the ugliness behind some of our most closely-held American narratives.

You Got Older
Written by Clare Barron
Directed by Jonathan Berry
January 25 – March 11, 2018
Mae, brokenhearted and unemployed, returns home to care for her ailing father and escape the loneliness of a life that just can’t seem to get off the ground.

The Doppelgänger (An International Farce)
Written by Matthew-Lee Erlbach
Directed by ensemble member Tina Landau
April 5 – May 27, 2018
After a British businessman's untimely death, his unwitting American doppelgänger is thrust into background deals that could shape the face of Africa.

Guards at the Taj
Written by Rajiv Joseph
Directed by ensemble member Amy Morton
May 31 – July 22, 2018
As the sun rises for the first time on the newly-constructed Taj Mahal, two hapless imperial guards are charged with an unspeakable task that will shake their faith in God, the empire and their lifelong friendship. 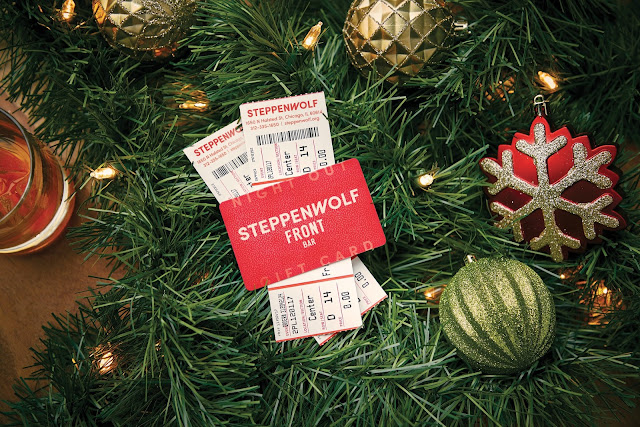 Front Bar: Coffee and Drinks
Connected to the Downstairs Lobby is Steppenwolf’s own Front Bar: Coffee and Drinks, offering a warm, creative space to grab a drink, have a bite, or meet up with friends and collaborators, day or night. Open Tuesdays – Sundays from 8am to midnight, Front Bar serves artisanal coffee and espresso provided by La Colombe and food prepared by Goddess and Grocer. The menu focuses on fresh, accessible fare, featuring grab-and-go salads and sandwiches for lunch and adding shareable small plates and desserts for evening and post show service. www.front-bar.com

Steppenwolf Theatre Company is the nation’s premier ensemble theater. Formed by a collective of actors in 1976, the ensemble of 49 members represent a remarkable cross-section of actors, directors and playwrights. Thrilling and powerful productions from Balm in Gilead to August: Osage County—and accolades that include the National Medal of Arts and 12 Tony Awards—have made the theater legendary. Steppenwolf produces hundreds of performances and events annually in its three spaces: the 515-seat Downstairs Theatre, the 259-seat Upstairs Theatre and the 80-seat 1700 Theatre. Artistic programing includes a seven-play season; a two-play Steppenwolf for Young Adults season; Visiting Company engagements; and LookOut, a multi-genre performances series. Education initiatives include the nationally recognized work of Steppenwolf for Young Adults, which engages 15,000 participants annually from Chicago’s diverse communities; the esteemed School at Steppenwolf; and Professional Leadership Programs for arts administration training. While firmly grounded in the Chicago community, nearly 40 original Steppenwolf productions have enjoyed success both nationally and internationally, including Broadway, Off-Broadway, London, Sydney, Galway and Dublin. Anna D. Shapiro is the Artistic Director and David Schmitz is the Executive Director. Eric Lefkofsky is Chair of Steppenwolf’s Board of Trustees.