A town is beset by plague and the bodies are piling up along with moral accusations, political implications and medical speculations.  We peer into households and down many streets as people search for any logic to the ceaseless barrage of death. One of Ionesco's last plays, Killing Game is a piercing and frighteningly funny look at how the function of language and the panic surrounding social crisis sends a community into a chaotic state of paranoia, hypocrisy and opportunism.

About the Artists
Dado (Director) is an ensemble member of A Red Orchid Theatre. Last year she directed Simpatico by Sam Shepard at the McCarter Theatre in Princeton, New Jersey. Recent AROT productions are The Room by Harold Pinter, The Mutilated by Tennessee Williams and Red Handed Otter by Ethan Lipton. Dado appeared on AROT's stage in Brett Neveu’s Traitor, Abbie Spallen's Strandline, and she also appeared here in an incubator, Celebration, (by Harold Pinter) which was a musical experiment with percussion ensemble Beyond This Point, which she also directed. Last spring dado acted in Theatre Wit's Chicago premiere of Ann Washburn's 10 out of 12. She is the recipient of the 2017 Edes Prize. She holds an MFA in visual art from University of Chicago.

Angela Alise (Ensemble) ​is making her A Red Orchid Theatre debut. Angela ​is an award-winning performer, writer and producer originally from KCMO. ​Her favorite acting credits include ​The Wolves (Goodman); ​The House That Will Not Stand (Victory Gardens);​ Saturday Night/Sunday Morning (Prologue at Steppenwolf Garage Rep); ​How We Got On​ (Haven); ​Black Side of the Moon, Nothing to Lose but Our Chains (Second City at Woolly Mammoth) and ​Almost Accurate Guide to America (Second City at The Kennedy Center). Angela is a 2018 NBC Universal/Second City Bob Curry Fellow. She holds a BA in Theatre and Sociology from Loyola University and is represented by Gray Talent Group.

Lance Baker (Ensemble) is an ensemble member of A Red Orchid Theatre. He has been seen here in Evening At The Talk House, The Mutilated, The Agony and the Ecstasy of Steve Jobs, Becky Shaw, The Mandrake, Hunger and Thirst, and The Grey Zone. He also directed The Earl and co-directed A Very Merry Unauthorized Children's Scientology Pageant.

Dano Duran (Ensemble) returns to A Red Orchid Theatre where he was last seen in The Room and understudied for Traitor at AROT. He is more than honored to be able to work with this generous theatre company once again. By day he can sell you a house.

Sherman Edwards (Ensemble) is making his A Red Orchid Theatre debut! He was named 2012’s “Best Stand Up Comic in Chicago” by the Chicago Reader. He's been lucky enough to perform at The Edinburgh Fringe Festival in Scotland and a few other notable places. TV/ Film credits include Single Long (HBO GO); Empire (FOX) and the upcoming feature film Monuments. Sherman is represented by Paonessa Talent.

Andrés Enriquez (Ensemble) is making his A Red Orchid debut Chicago credits include: A Gentleman’s Guide to Love and Murder, Merrily We Roll Along (Porchlight Music Theatre); Sylvester, Northanger Abbey (Lifeline Theatre); A Wonderful Life, My Way (TATC); Adding Machine (Hypocrites) and Love and Information (Remy Bumppo). Regional credits include: School House Rock Live! (Birmingham Children’s Theatre); The Fantasticks, The 39 Steps (Shawnee Theatre); The Woman In Black (Iowa Repertory) and Scapin (Colonial Williamsburg). He is a proud ensemble member of Lifeline Theatre, where he also serves as Casting Director. Andrés received his MFA from the University of Iowa and is represented by Gray Talent.

Roy Gonzalez (Ensemble) returns to A Red Orchid Theatre after being seen in the 2016 production of The Mutilated. In the past, he's worked as an actor and musician with companies like Steep Theatre, Jackalope Theatre, The Hypocrites, and a number of others you've probably heard of. He's been featured in a couple of those Dick Wolf shows, several commercials as the spokesman for an auto insurance company, and as the young dad to ethnically ambiguous families in holiday print ads. Roy is represented by Grossman & Jack Talent.

Katherine Mallen Kupferer (Ensemble) is a fifth grader at Peirce Elementary school on Chicago's north side. She made her professional debut in Chicago Shakespeare Theater's 2014 production of Gypsy and her big screen debut that spring in the full-length indie feature Fools.  Most recently, she was seen in Steve McQueen's Widows as Kirsten Fitzgerald's gun loving daughter, and in the Cox Communications commercial "Windblown.” Proudly represented by Gray Talent Group.

Ashley Neal (Ensemble) returns to A Red Orchid Theatre again having previously appeared in The Nether and Red Handed Otter. She is a proud member of Rivendell Theatre Ensemble where she has appeared in many productions, including Alias Grace, Call in Camo, Scientific Method, Wrens, and others. Other shows you may have seen her in include London Wall, Men Should Weep, Stage Door (Griffin Theatre); The Life and Sort of Death of Eric Argyle (Steep Theatre); Reverb (Redtwist Theatre); 25 Saints (Pine Box); Holidaze (Step Up Productions); Scenes from the Big Picture (Seanachi) as well as work with Chicago Dramatists, Jackalope Theatre, Victory Gardens, Strawdog, The Greenhouse Theatre, and others. Ashley is a graduate of Columbia College Chicago and The School at Steppenwolf. Thanks to the AROT crew for being kick ass and to my husband for all his support.

Jill Oliver (Ensemble) returns to A Red Orchid Theatre, where she was last seen in Dado’s Incubator production of A Night Out. Jill spent 9 years as an ensemble member of The Factory Theater where she produced, directed, wrote, and acted in over a dozen shows. In addition to The Factory, Jill has worked around Chicago with Artistic Home, Irish Theatre of Chicago, Shattered Globe, LiveWire Theatre, and Wayward Productions. Jill is represented by Hayes Talent Agency.

Londen Shannon (Ensemble) is making his A Red Orchid Theatre debut. He was most recently seen in The New Colony’s Fun Harmless Warmachine and has previously worked with the Goodman Theatre, the Gift Theatre, and Teatro Vista.

Sarah Thompson Johansen (Ensemble) is a keen advocate for new music. She frequently performs music of contemporary living composers and recorded the role of Helen in Rosśa Crean's horror opera The Great God Pan (album on Navona/PARMA). Recent modern operatic roles include Artistic Director in ...for the sake of a narrative closure; Donna Elvira in The Times are Nightfall; Ensemble in The Little Match Girl Passion; Steampunk Girl in Cosmic Ray and the Amazing Chris and Zina in Dark Sisters. Other roles include Beth in Adamo's Little Women, Susanna in Le nozze di Figaro, and Zerlina in Don Giovanni.

Doug Vickers (Ensemble) is an ensemble member at A Red Orchid Theatre, where he most recently appeared in Evening at the Talkhouse by Wallace Shawn. Some of his other favorite appearances at Red Orchid have been in Accidentally Like a Martyr, Simpatico, Four Murders, The Grey Zone, and Ionesco's Hunger and Thirst. Doug was the recipient of the Joseph Jefferson Award for The Best Man at Remy Bumppo Theatre (Best Cameo Performance). Chicago: Comedy of Errors (Chicago Shakespeare); U.N. Inspector, Turcaret the Financier (Next Theatre); Two Planks and a Passion (Famous Door Theatre); People Annihilation (Trap Door Theatre) and The Birds (Hell in a Handbag). Regional: Illinois Shakespeare Festival. TV: Underemployed (MTV). Doug holds a Bachelor’s Degree in English from Northwestern University - School of Professional Studies and has done graduate level work in English at NU as well.


With our 26th season of ambitious and powerful storytelling, we continue to champion A Red Orchid Theatre’s Red League, which is a gift $1k or more, and the Founders Circle, which is a gift of $5k or more annually for a three-year pledge. These donors represent a community of our most committed and impactful cultural investors. Every profound and shocking moment on our stage is made possible through their critical annual contributions. Their philanthropic leadership fosters the development of raw and relevant work, creates a platform for our talented ensemble to reach new audiences, and ensures that A Red Orchid Theatre remains a source for honest, compassionate, and aesthetically rigorous theatre. 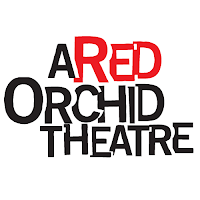 About A Red Orchid
A Red Orchid Theatre has served as an artistic focal point in the heart of the Old Town community of Chicago since 1993 and was honored in 2016 with a MacArthur Award for Creative and Effective Institutions. Over the past 25 years, its Resident Ensemble has welcomed into its fold an impressive array of award-winning actors, playwrights and theatre artists with the firm belief that live theatre is the greatest sustenance for the human spirit. A Red Orchid is well known and highly acclaimed for its fearless approach to performance and design in the service of unflinchingly intimate stories.