CASTING ANNOUNCED FOR HOW TO CATCH CREATION BY CHRISTINA ANDERSON, A WORLD PREMIERE DIRECTED BY NIEGEL SMITH JANUARY 19 – FEBRUARY 24, 2019 IN THE ALBERT THEATRE 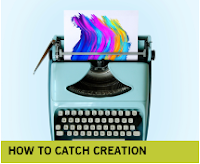 A young writer’s life turns upside down when her girlfriend drops some unexpected news. Fifty years later, four artists feel the reverberations of that moment—and its unexpected consequences—as their lives intersect in pursuit of creative passion and legacy. In this bold, imaginative work, Christina Anderson dissects the universal act of creation to inspire the dreamers and idealists in us all.

Playwright Christina Anderson’s body of work includes the plays Blacktop Sky, pen/man/ship, The Ashes Under Gait City and Man in Love. Her plays have appeared at The Public Theater, Yale Repertory Theatre, Penumbra Theatre and Playwrights Horizons, among others in the United States and Canada. She is a resident playwright at New Dramatists and Epic Theatre Ensemble, a DNAWORKS ensemble member and the interim head of playwriting at Brown University. Awards and honors include the inaugural Harper Lee Award for Playwriting, two Playwrights of New York nominations, three Susan Smith Blackburn Prize nominations and a Woursell Prize finalist. Anderson received her BA from Brown University and MFA from the Yale School of Drama’s playwriting program.

ABOUT THE CAST
Karen Aldridge (Tami) returns to Goodman Theatre, where previous credits include The Trinity River Plays, Proof (Black Theater Alliance Award, The Ruby Dee Award – Best Leading Actress in a Play), The Good Negro and The Cook (Jeff Award nomination for Best Actress). Additional Chicago theater credits include Victims of Duty at A Red Orchid Theatre; Love’s Labour’s Lost, MacBeth, Twelfth Night and Tug of War at Chicago Shakespeare Theater; The Seagull at Writers Theatre; Far Away and In the Blood (Jeff Award nomination for Best Actress) at Next Theatre Company; The Qualms, Clybourne Park and she originated the role of Tamyra in Tracy Letts’ Pulitzer Prize nominated Man from Nebraska at Steppenwolf Theatre Company. Aldridge starred in the international tours of Battlefield and Le Costume, both directed by Peter Brook. She also originated the role of Mrs. Phelps in the production of Matilda the Musical on Broadway. Film and television credits include Chicago Fire, Chicago PD and Chicago Med (NBC); Boss (STARZ!); Blue Bloods and Unforgettable (CBS); The Get Down (Netflix, produced and directed by Baz Luhrmann) and Ron Howard's film The Dilemma.

Bernard Gilbert (Stokes) returns to Goodman Theatre where he previously appeared in Father Comes Home From the Wars (Parts 1, 2 & 3). Additional Chicago credits include Skeleton Crew (Northlight Theatre), Our Lady of 121st Street (Eclipse Theatre Company), Man in the Ring (Court Theatre) and a tour of Letters Home (Griffin Theatre). Regional credits include Two Trains Running at the Weston Playhouse Theatre Company in Vermont, and productions of The Royale at City Theatre Company in Pittsburgh and the Repertory Theatre of St. Louis. Television credits include Chicago P.D. Gilbert received his MFA from The Theatre School at DePaul University and Morehouse College.

Maya Vinice Prentiss (Riley) Chicago credits include productions with Goodman Theatre, Definition Theatre Company, Pegasus Theatre Chicago and Teatro Vista. She is a recent MFA acting graduate from the University of Illinois at Urbana-Champaign and holds a BA in drama from Spelman College. Prentiss is originally from Richmond, Virginia.

Keith Randolph Smith (Griffin) returns to Goodman Theatre, where he was previously in The Dreams of Sarah Breedlove and Jitney. Broadway credits include Jitney, American Psycho, Fences, Come Back Little Sheba, King Hedley II, Salome and Piano Lesson. Recent Off-Broadway credits include The Revolving Cycles Truly and Steadily Roll’d, Paradise Blue, First Breeze of Summer and Tamburlane the Great. Regional credits include the Alliance Theatre in The C.A. Lyons Project by Tsehaye Geralyn Hebert, The Old Globe, City Theatre and Seattle Repertory Theatre, among others. Smith is a company member of Quick Silver Theater Company and The Actors Center. He is also the recipient of acting fellowships from TCG/Fox Foundation and the Lunt-Fontanne Foundation; and a graduate of the conservatory of the American Academy of Dramatic Arts.