Among offerings are productions to celebrate Black History Month

There's a black renaissance happening on stages across Chicago and here at ChiIL Live Shows we've seen some amazing openings featuring black narratives, actors, directors, and more that coincide with both Black History Month and great ticket discounts through Chicago Theatre Week. Check out some stellar storytelling from Chicago's impressive black talent pool without breaking the bank. Want more of a deep dive into shows? Check out our original reviews, theatre news, giveaways and more at ChiILLiveShows.com (adult) and ChiILMama.com (family friendly). We've highlighted shows we've seen and recommend in red below.

Chicago Theatre Week (#CTW22), an annual celebration of the rich tradition of theatre-going in Chicago during which visitors and residents can access value-priced tickets, returns for its 10th year and will take place February 17-27, 2022. Tickets, value-priced at $30, $15, or less, are on sale at ChicagoTheatreWeek.com. Book NOW for the best selection. Top shows do sell out fast.

Chicago Theatre Week is back in-person after a quieter and mostly online 2021 theatre scene during the COVID-19 pandemic. Chicago Theatre Week, spanning a week and two full weekends, is heading into its 10th year. As a program of the League of Chicago Theatres, in partnership with Choose Chicago, theatres in neighborhoods throughout the city and suburbs are expected to participate. 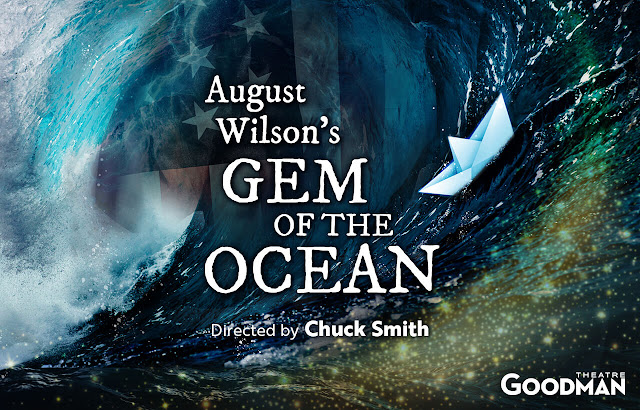 Gem of the Ocean

Goodman revives the play that begins August Wilson’s epic 10-play American Century Cycle—on the stage where it premiered in 2003. Tensions flare into riots across Pittsburgh’s Hill District as chaos threatens a city desperate for freedom. It’s 1904, the dawn of the new century—yet slavery’s shadow looms large. There is solace to be found at the home of 285-year-old Ester Tyler, keeper and transmitter of African American history and cleanser of souls. When a suspicious traveler appears at her door in search of a new life, Aunt Ester guides him on a journey of spiritual awakening.

Trial in the Delta

Collaboraction presents a theatrical staged reading of Trial in the Delta: The Murder of Emmett Till, an adaptation of the trial transcript of the State of Mississippi vs. Milam and Bryant, the men who were found not guilty of murdering Emmett Till. The script was adapted by company members G. Riley Mills and Willie "Prince Roc" Round and produced by Collaboraction and The DuSable Museum of African American History.

This winner of the 2009 Pulitzer Prize is set in a small mining town in the Democratic Republic of Congo. Ruined follows Mama Nadi, a shrewd businesswoman in a land torn apart by civil war. But is she protecting or profiting by the women she shelters? How far will she go to survive? Can a price be placed on a human life? 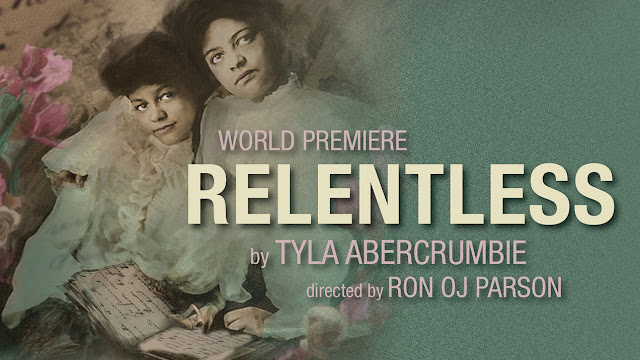 Set in the Black Victorian era, Relentless looks at the deep personal secrets we keep to protect the ones we love most. The year is 1919. After the death of their mother, two sisters come home to Philadelphia to settle her estate. Annelle is a happy socialite desperate to return to the safe illusion of a perfect life with her husband in Boston. Janet is a single, professional nurse, determined to change history and propel Black women to a place of prominence and respect. After discovering diaries left by their late mother, they find themselves confronted with a woman they never really knew, exposing buried truths from the past that are chillingly, explosively Relentless. 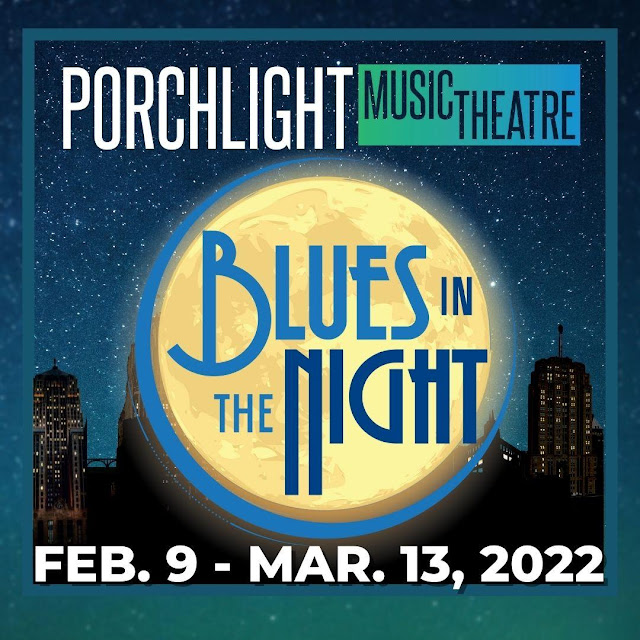 Blues In the Night

The Blues is one of America’s original art forms and Chicago was the home to some of the greatest Blues performers ever. Set in a history-filled hotel on Chicago’s south side one fateful night in the late 1930s, this Tony Award-nominated celebration interweaves the stories of three women who share their highs and lows of romance through the iconic songs of Bessie Smith, Duke Ellington, Johnny Mercer, Harold Arlen, Alberta Hunter, Jimmy Cox, Ida Cox and others.

Black on Black shines as The Second City celebrates the comedy contributions of our BIPOC alumni, including Sam Richardson, Keegan-Michael Key, Amber Ruffin, Tim Meadows, and more. Performed by an all-Black cast who will soon be household names themselves, The SuperAfroWavyDrippyExtraBrilliantDope Show proves the Blacker the berry, the funnier–and doper–the show. 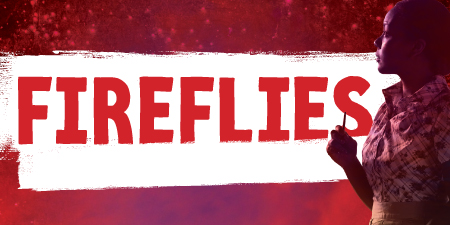 The Civil Rights Movement has ignited the South, and the charismatic Rev. Charles Grace needs a new speech to galvanize the people. But it is Olivia, his pregnant wife, who writes those fiery speeches, and her tolerance for playing the supporting role to her husband is wearing thin. As the growing weight of secrets threatens her marriage, and a nation’s hatred threatens her child’s future, Olivia must rediscover the place that love has in her world.

Queen of the Night

A divorced father and his queer son head to the woods of southeastern Texas to relive the camping trips of earlier, easier days. But even without cell service, certain things are inescapable. Playwright travis tate explores masculinity and queerness through the lens of multi-generational Blackness, offering a hilarious, heart-rending family portrait about reckoning with the wilderness of a shared past, while facing an uncertain future. Staged by Victory Gardens Artistic Director Ken-Matt Martin, Queen of the Night kicks off the 2021/22 Season.

A celebration of the most powerful women of soul to ever grace the stage. You’ll jump to your feet as we honor incredible women including Whitney Houston, Donna Summer, Diana Ross, Janet Jackson, Janis Joplin, and of course, you’ll get a little of Gladys, Dionne, and Patti. Featuring powerhouse voices singing memorable music including “I Say a Little Prayer”, “I Will Survive” and “Respect.” This review recognizes the struggles and triumphs these women went through to reach the pinnacle of their success. This is a once-in-a-lifetime musical masterpiece that you will want to experience over and over again! 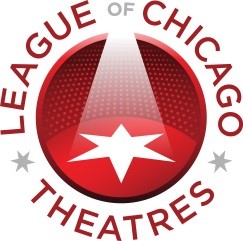 The official hashtag for Chicago Theatre Week 2022 is #CTW22. Follow along on social media and tag your own experiences too!

There are limited ticket quantities available for some shows, so it is recommended that you purchase tickets in advance. Most theatres are requiring proof of vaccination and masks in order to attend a performance. Venue-specific COVID-19 policies are listed on Theatre Week show offer pages; however, we recommend checking with the theatre for updates before attending.

Chicago theatre is the leader in the U.S. with more than 250 theatres throughout Chicagoland, comprising a rich and varied community ranging from storefront, non-union theatres to the most renowned resident theatres in the country, including 5 which have been honored with Regional Tony Awards, and the largest touring Broadway organization in the nation. Chicago’s theatres serve 5 million audience members annually and have a combined budget of more than $250 million. Chicago produces and/or presents more world premieres annually than any other city in the nation. Each year Chicago theatres send new work to resident theatres across the country, to Broadway, and around the world. For more information, visit www.chicagoplays.com. #ChiTheatre

Choose Chicago is the official sales and marketing organization responsible for promoting Chicago as a global visitor and meetings destination, leveraging the city’s unmatched assets to ensure the economic vitality of the city and its member business community. Follow @ChooseChicago on Twitter and on Instagram @choosechicago. Like us on Facebook. For more information, visit www.choosechicago.com. #CaptureChicagoExcitement | #ChicagoHome | #Only1Chicago

Posted by Bonnie Kenaz-Mara at 1:35 PM No comments: