Metal: The Sword Opens for Kyuss at The Vic--LIVE Show Shots 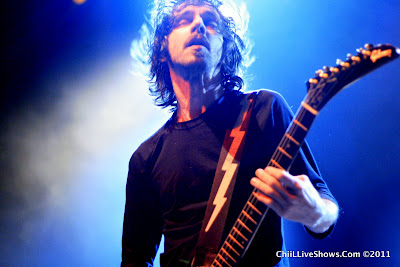 The Sword was an extra bonus, opening for Kyuss last Friday night at The Vic.   Check out their main site here at Swordofdoom.com.    I was sucked in before they even started, when I saw the set list included a song called Freya. 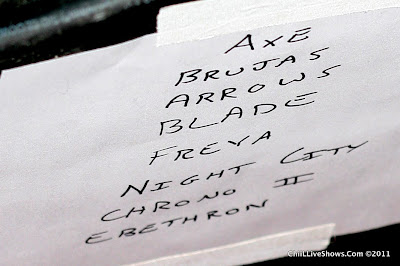 We're big into Nordic Gods & Godesses, scifi, mythology, creative legends/story lines and runes.    My last name's the Norse symbol for fire, passion and creativity.   I actually even have a cousin Freya, who's blond haired, blue eyed and nearly 6' tall.   When I checked out the band's website and saw tabs for Lore, and Homeworld I was totally captivated.   Not to mention they rock...hard. 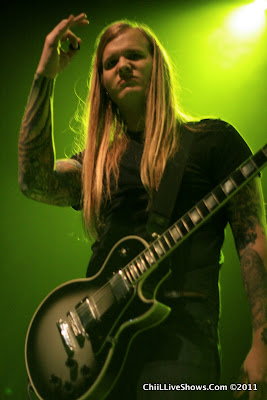 At least some of these boys look far more like Northern Europeans or Vikings than natives of Austin, Texas.   But thankfully they're Texas boys.   Instead of their own brand of caribou or salmon from the frozen Nordic tundra, The Sword has their own limited edition hot sauce!   I'm stoked to be able to continue our series on "Musical Taste" that we started with The Toasters microbrew.  We're featuring bands that have a signature beer, food or consumable.   If anyone knows of one you'd like to see here, hit us up in the comments tab to the top right. 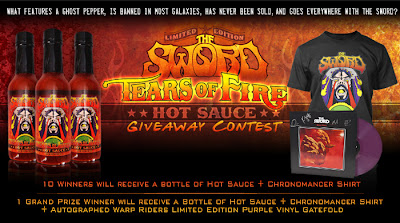 Hand-crafted to the band's specifications in their hometown of Austin, Texas by hot sauce artisan Brian Rush at Tears of Joy, The Sword's Tears of Fire Hot Sauce will unleash a supernova of searing heat and rich flavor upon the unsuspecting palate. This singular concoction was limited to only one batch and is not available in stores. But there is a chance, however slim, that you might possess a bottle of your very own! The Sword will choose ten lucky winners to have their taste buds blown to the planet Acheron.

Unfortunately, they only made 1 batch and their give away ended in April :(.   One can only hope they'll make more.   I adore hot sauce and would love to try a ghost pepper.   I practically drink Tabasco for breakfast, with eggs, and only once met a pepper that kicked my butt.   Last December in Mexico, I gulped down a pale green pepper I thought was a banana pepper and it just about killed me.   It was so hot I seriously couldn't breath and turned red like a cartoon.   I thought smoke was going to pour out my ears!   It was pretty intense. 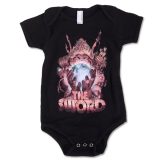 I'm also happy to say The merch tab has black ONSIES!   So your punk kin and banger babies can be stylin'!

Back to the band, their live performance was a lotta fun.
They've opened for Guns N' Roses, Kylesa and Rwake and were just touring with Monstro, whom we shot in Chi Town last month.   Check them out here, playing an intimate set at Ultra Lounge with Black Tusk!

“Before forging the blade, the swordsmiths underwent fasting and ritual purification. They then worked at their anvils in white clothes, like the robes of the priests. Their efforts were well rewarded.”

One of the foundations of the metal revival of the past ten years, Austin TX’s The Sword have released two flawless slabs of vintage heaviness on Kemado Records, toured the world with Metallica, and were one of the first bands to lock into a whole new legion of fans through Guitar Hero. Summer 2011, the band cast its gaze to the stars for Warp Riders, their third full-length and their most ambitious effort to date. 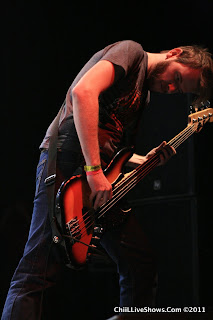 Warp Riders is The Sword’s first concept album, a science fiction maelstrom put to the storming, relentless riffage and pounding rhythms upon which the band has staked its reputation. It’s also their most flat-out, supercharged, adrenaline-pumping work yet, a chrome-plated war machine that lords over the blackened sky. From the street-prowling anthems “Night City” and “Lawless Lands” to the two-part showdown of “The Chronomancer,” to the furious mechanics of closing track “(The Night the Sky Cried) Tears of Fire,” The Sword forces eminent domain ruling over heavy metal for the next decade, and welcome all challengers for an ill-fated shot at the title. 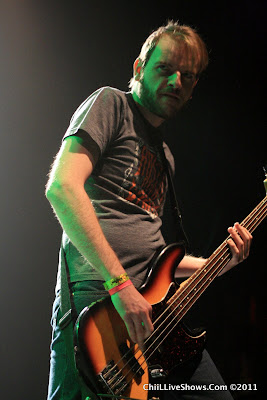 Warp Riders tells the tale of Ereth, an archer banished from his tribe on the planet Acheron. A hardscrabble planet that has undergone a tidal lock, which has caused one side to be scorched by three suns, and the other enshrouded in perpetual darkness, it is the background for a tale of strife and fantasy, the battle between pure good and pure evil. 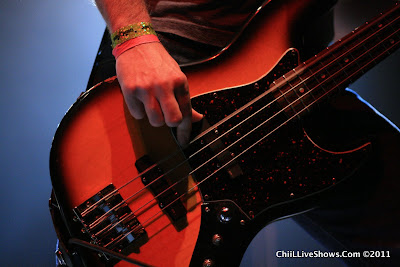 How it’s told – through the dueling lead guitars of J.D. Cronise and Kyle Shutt, 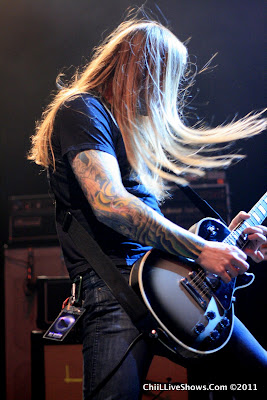 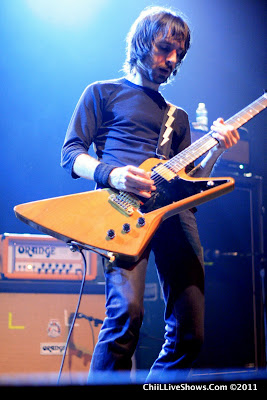 and the concussive rhythm section of bassist Bryan Ritchie and drummer Trivett Wingo – underscores the narrative with molten steel and unreal precision. 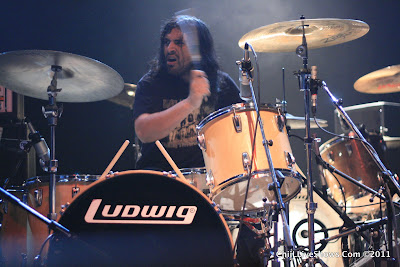 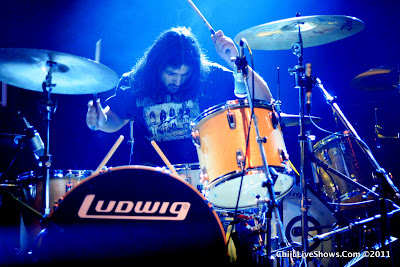 Guitarist and lead vocalist J.D. Cronise explains the lineage of Warp Riders: “I’m pretty sure the first concept album I ever heard was Operation: Mindcrime by Queensrÿche when I was a kid, which I was way into. Even though I never really understood the whole story, I was nonetheless enthralled by how the album created its own world. I wanted to create a setting for our songs that would be unique and different, but still a place where epic sagas unfold in proper Sword fashion.” Inspiration took hold from “lots of things … the legend of Atlantis, old Heavy Metal magazines, the films of René Laloux, a childhood dream, and The Teachings of Don Juan by Carlos Castaneda to name a few.”

The story of Warp Riders, entitled “The Night The Sky Cried Tears Of Fire” (written by Cronise), follows Ereth as he discovers a mysterious orb and meets the Chronomancer, a being beyond time and space who enlists him in a quest to restore the planet’s balance. Along the way he encounters strange warriors, mysterious witches, ancient androids, and a crew of space pirates with a vessel that will alter the course of history…  a vessel known as, The Sword. 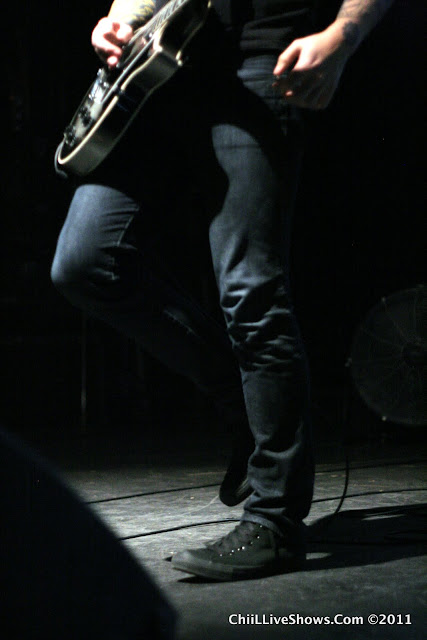 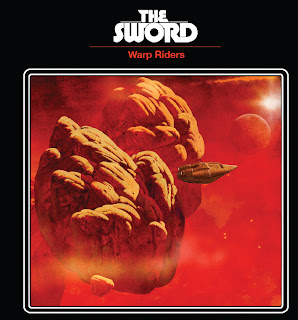 Posted by Bonnie Kenaz-Mara at 10:52 PM No comments:

Email ThisBlogThis!Share to TwitterShare to FacebookShare to Pinterest
Labels: The Sword 12-2-11, The Vic
Older Posts Home
Subscribe to: Posts (Atom)