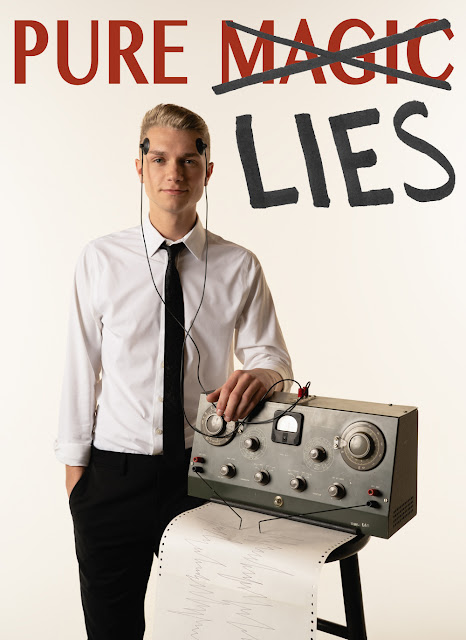 Have you ever wished you could walk through walls and find secret rooms behind bookcases? Sometimes the daily onslaught of politics, work, winter weather, and life in general can be a bit daunting. Chicago Magic Lounge is here to provide a little respite and take you back to an era of childlike wonder and world class illusion. We love the secret, unmarked location and the hidden entry through what looks like the world's smallest laundromat.

Once inside the Chicago Magic Lounge on a given night, you can enjoy a triple treat of magic, if you're early enough. There's bar magic at the front bar, where you can be wowed with card tricks and more, while you order drinks and appetizers. Once inside, strolling prestidigitators entertain with close up magic as an opening act. Then there's the main show to look forward to.

We love the high ceilings, vintage show posters of magicians and art deco decor. You're even likely to see the future famous on staff. A familiar storefront actor, rocking an evening gown, directed us into the classy main theatre through a hidden bookcase. Once inside we saw several more recognizable faces from local stages hosting and on waitstaff.

I've been to The Chicago Magic Lounge now numerous times, from their initial groundbreaking and grand opening, to many shows. With 7 nights of magic to choose from there's always something compelling on tap. Most recently, I caught the current resident act, with my son, Dugan, a Northwestern acting student, who had never been before. It's always fun to introduce someone to a great venue for the first time. We had a thoroughly enjoyable night. 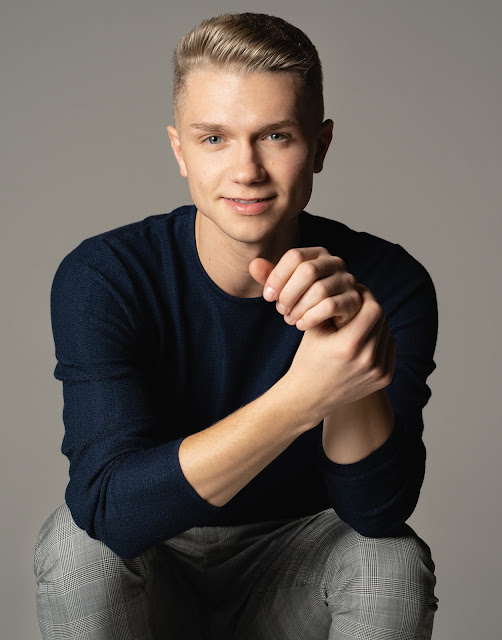 Trent James’ Pure Lies is now playing at Chicago Magic Lounge every Wednesday through March 25, 2020. Don't let that baby face fool you. He's young, but already an accomplished magician and consummate showman. His act is best experienced fresh, so no spoilers. I don't want to give away anything, but I will say he does magic I've never seen before. For a memorable evening, don't miss Pure Lies. That's the truth.

Over the course of this 60-minute modern-day magic show, audiences will witness astounding sleight of hand combined with gut-busting humor. Tickets for all Chicago Magic Lounge shows are available at the box office, (312) 366-4500 or online at chicagomagiclounge.com.

Comedy magician Trent James is bringing a fresh feel to the classic magic show! Trent combines mindboggling magic and offbeat comedy for a new generation. He is the winner of over twenty awards, including The Society of American Magicians International Stage Contest (People’s Choice Winner), International Brotherhood of Magicians Stage Contest (Silver Medal), and was named The Most Promising Young Magician by the Milbourne Christopher Foundation (Past winners include David Copperfield and Penn & Teller). Trent’s performances have left audiences raving from Las Vegas to New York. His unique sleight of hand magic and hip vibe come together to form an unforgettable thrill ride.

Ongoing Events and Performances are as follows:
Music & Magic
Mondays at 7:30pm
Tickets: $15 (General Admission)
Unwind at the beginning of the week with magic, jazz, and a cocktail. Music & Magic is the only performance of its kind in the city. We feature live jazz on stage and close-up magic at your table performed by our resident house magicians. When the band takes a break, a magician takes the stage.

The Signature Show
Thursdays and Sundays at 7pm; Fridays and Saturdays at 7pm & 10pm
Tickets: $45-$60
The Signature Show was conceived in 2015 as an homage to the historic, Chicago magic bar scene. Experience close-up magic right at your table during the cocktail hour, followed by an hour of stage magic featuring two masters of their craft performing feats of prestidigitation and sleight of hand. Guests who purchase Mezzanine, Front Row and Premium Main Floor tickets are invited to an exclusive performance of close-up magic directly after the show in our 43-seat close-up gallery, The 654 Club. *Please visit chicagomagiclounge.com for a complete schedule of performers.

The Family Show
Sundays at 3pm
Tickets: $27.50, $17.50 (children 5-16)
We take the bar scene out of Chicago Magic and open our Blackstone Cabaret for a 45-minute magic matinee suitable for younger ages. Our mission is to bring back the era of bar magic, bringing out the child in every adult; however, on Sundays, we feature a family-friendly magician that will fill both the adults and children full of wonder. The Family Show makes a great post-brunch activity with many restaurants nearby. The Family Show is suitable for ages 5 and up.

The newly constructed theater at 5050 N. Clark St., designed by Morris Architects Planners, has ushered in a new wave of entertainment, bringing back “Chicago-style Magic” under the leadership of Donald C Clark, Jr. and Joseph (Joey) Cranford. Converted from a 1930s-era, commercial laundry building, the Chicago Magic Lounge is a 7,200 square-foot, Art Deco, state-of-the-art theater and lounge complete with secret doors, elegant performance areas and a magic bar – all dedicated to the art of sleight of hand, prestidigitation and Chicago's contribution to the magical arts. From magicians to mind readers, Chicago Magic Lounge provides guests the unique, one-of-a-kind experience of seeing wonders up-close and personal in a venue unlike anything else offered throughout the country.