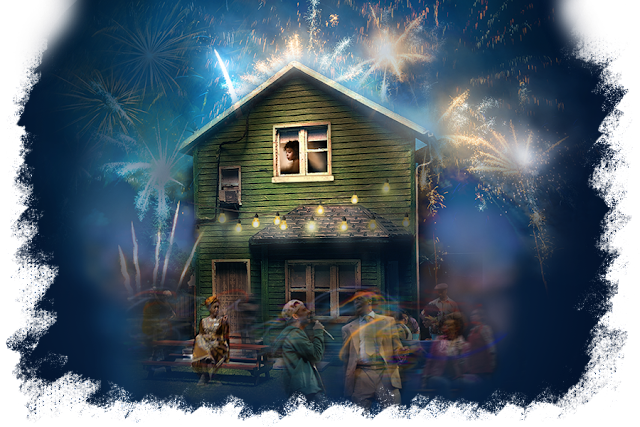 I'll be out for the press opening April 8th, so check back soon for my full review. I've caught just about all of Ike Holter's brilliant and compelling seven-play “Rightlynd Saga” over the past 5 years, and can't wait to see what's next with Lottery Day. All of the productions in the saga are set in Rightlynd, a fictitious 51st Chicago ward that has long undergone political corruption and gentrification. Holter's Rightlynd feels like present day Chicago reality, with the freedom of works of fiction. It's a compelling mix!

“Not everyone will go home a winner” in Goodman Theatre's world-premiere production of Lottery Day by Ike Holter, which appears through April 28 in the Owen Theatre. Holter concludes his seven-play “Rightlynd Saga”—the first play of which premiered five years ago, and has been hailed as “one of the most significant literary achievements in modern-day Chicago” (Chicago Tribune)—with a raucous theatrical bash, directed by Chicago native Lili-Anne Brown. Commissioned by the Goodman and developed through its New Stages Festival of new plays, Lottery Day takes place in a Rightlynd backyard where new characters and returning characters from the saga come together to create a work about the cost of belonging and the gift of community. Lottery Day appears through April 28 in the Owen Theatre. Tickets ($15 - $49; subject to change) are now on sale at GoodmanTheatre.org/LotteryDay, by phone at 312.443.3800 or at the box office (170 North Dearborn). The National Endowment for the Arts is the Major Production Sponsor and Laurents/Hatcher Foundation is the Institutional Partner.

“Lottery Day serves as the perfect capstone for our 2018/2019 Owen Theatre Season, as it invites newcomers and Ike Holter veterans alike into its realm, exploring the socioeconomics of a gentrifying neighborhood by acquainting (or reacquainting) the audience with 10 of its citizens with unusually high stakes,” said Artistic Director Robert Falls. “In addition to welcoming Ike for his Goodman debut, I am also pleased to welcome director Lili-Anne Brown, a longtime Chicago theater artist who has worked at Bailiwick Chicago, where she served as artistic director, and 16th Street Theatre, Kokandy Productions and American Theatre Company.” 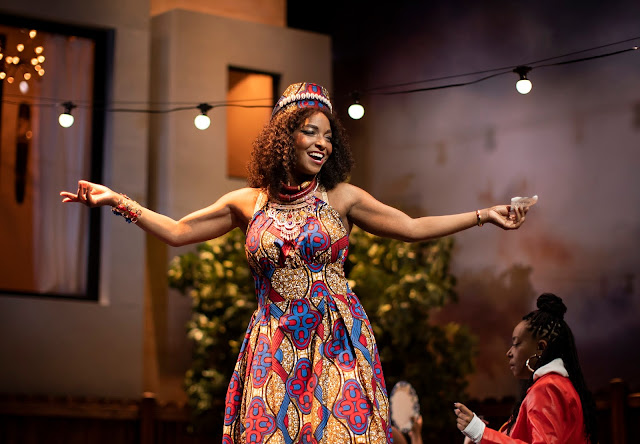 
The production follows the matriarch, Mallory (J. Nicole Brooks), of a quickly gentrifying neighborhood, who invites the lonely residents, hardcore activists and starving artists of her block to what she hopes will go down as a legendary barbeque—thanks to a special surprise. Her mysterious plan to revitalize her community, however, may just be the very thing that tears it apart. Brown assembled an all-Chicago cast—some of whom originated their roles in previous productions within the cycle—including Aurora Adachi-Winter as Tori; Sydney Charles as Zora; McKenzie Chinn as Cassandra; Robert Cornelius as Robinson; James Vincent Meredith as Avery; Tommy Rivera-Vega as Ezekiel; Tony Santiago as Nunley; Michele Vazquez as Vivien; and Pat Whalen as Ricky. The creative team includes Arnel Sancianco (Set Designer), Samantha C. Jones (Costume Designer), Jason Lynch (Lighting Designer), Andre J. Pluess (Sound Designer). Nikki Blue is the Production Stage Manager. 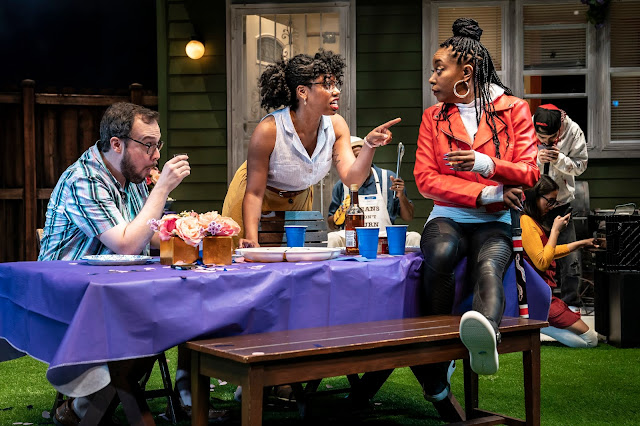 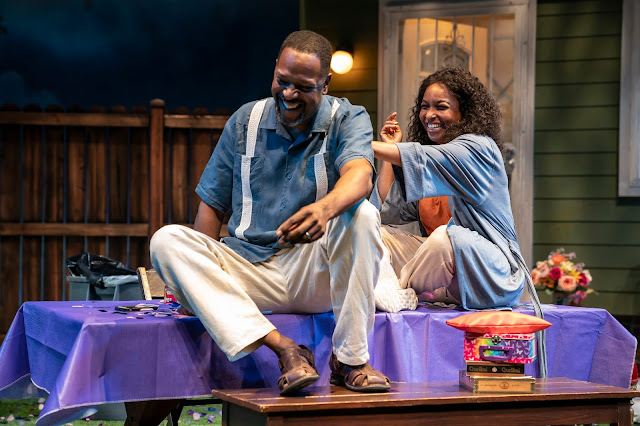 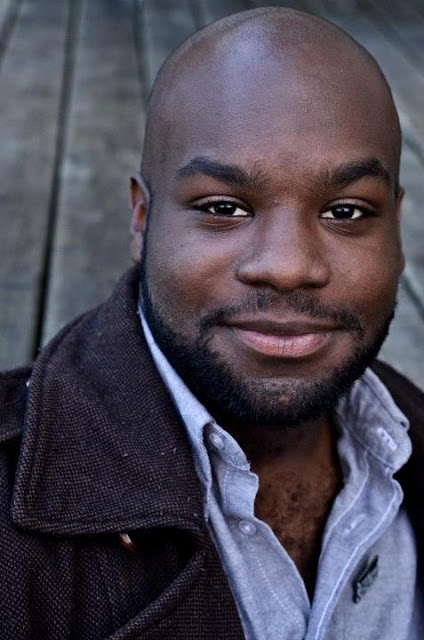 Ike Holter (Playwright, Lottery Day) is a 2017 winner of the Windham-Campbell Prize, one of the highest awards for playwriting in the world. Holter is a resident playwright at Victory Gardens Theater, and has been commissioned by The Kennedy Center, The Eugene O'Neill Theater Center, South Coast Repertory and The Playwrights’ Center. His work has been produced at the Steppenwolf Garage, The Philadelphia Theater Company, off-Broadway at Barrow Street Theatre and Cherry Lane Theatre, The Lily Tomlin Center in Los Angeles, True Colors in Atlanta, Forward Theater in Wisconsin, Water Tower Theater in Dallas, 3oaks in Michigan and Jackalope Theatre Company, Teatro Vista, A Red Orchid and The Inconvenience in Chicago. He is the artistic director of The Roustabouts and is a regular performer at Salonathon in Chicago. 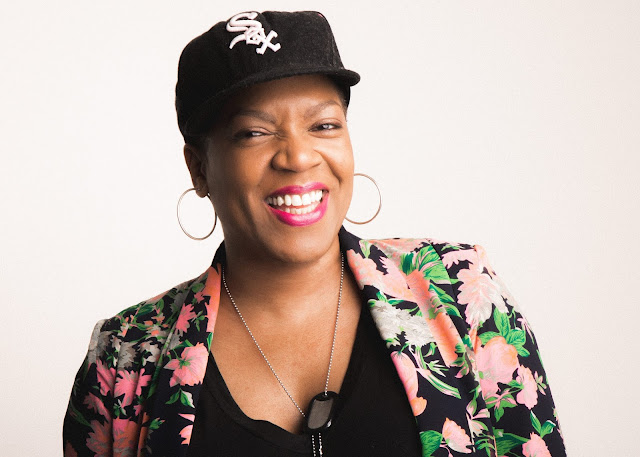 Lili-Anne Brown (Director, Lottery Day) is a native Chicagoan who works as a director, actor and educator, both locally and regionally. She is the former artistic director of Bailiwick Chicago, where she directed Dessa Rose (Jeff Award), Passing Strange (BTA Award and Jeff nomination for Best Director of a Musical), See What I Wanna See (Steppenwolf Theatre Garage Rep) and the world premiere of Princess Mary Demands Your Attention by Aaron Holland. Other directing credits include The Wolf at the End of the Block (16th Street Theatre), Marie Christine (Boho Theatre), Peter and the Starcatcher (Metropolis Performing Arts), The Wiz (Kokandy Productions),  Xanadu (American Theatre Company), Jabari Dreams of Freedom by Nambi E. Kelley (Chicago Children’s Theatre), American Idiot (Northwestern University); the national tour of Jesus Snatched My Edges; and Little Shop of Horrors, Hairspray, Unnecessary Farce, Cabaret, Sweet Charity, The 25th Annual Putnam County Spelling Bee and Buddy: The Buddy Holly Story at Timber Lake Playhouse. She is a member of SDC, SAG-AFTRA and a graduate of Northwestern University. 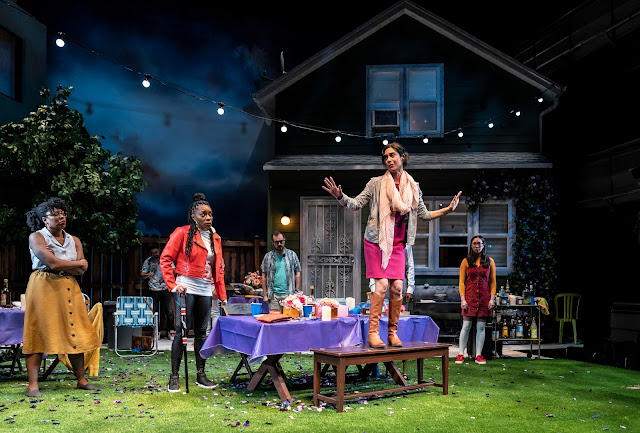 ARTIST ENCOUNTER – April 5 at 6pm | The Alice Center
Tickets are $35, including a pre-show reception, conversation and 8pm performance. Artist Encounters bring together audiences and Goodman artists in an intimate environment for a behind-the-scenes look at the plays and the playmaking process. Join playwright Ike Holter and director Lili-Anne Brown as they discusses the process of bringing Lottery Day to life.

POST-SHOW DISCUSSION – April 3, 11 and 14 | immediately following the performance
FREE. Audiences are encouraged to stay after select performances for a conversation led by members of the Artistic Team, often including artists from the show, over a complimentary glass of wine. GoodmanTheatre.org/DrinksDiscussion 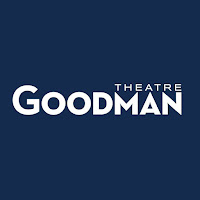 ABOUT GOODMAN THEATRE
AMERICA’S “BEST REGIONAL THEATRE” (Time magazine), Goodman Theatre is a premier not-for-profit organization distinguished by the excellence and scope of its artistic programming and civic engagement. Led by Artistic Director Robert Falls and Executive Director Roche Schulfer, the theater’s artistic priorities include new play development (more than 150 world or American premieres), large scale musical theater works and reimagined classics (celebrated revivals include Falls’ productions of Death of a Salesman and The Iceman Cometh). Goodman Theatre artists and productions have earned two Pulitzer Prizes, 22 Tony Awards, over 160 Jeff Awards and many more accolades. In addition, the Goodman is the first theater in the world to produce all 10 plays in August Wilson’s “American Century Cycle;” and its annual holiday tradition A Christmas Carol, which recently marked its 41st production, has created a new generation of theatergoers. The Goodman also frequently serves as a production partner with local off-Loop theaters and national and international companies by providing financial support or physical space for a variety of artistic endeavors. 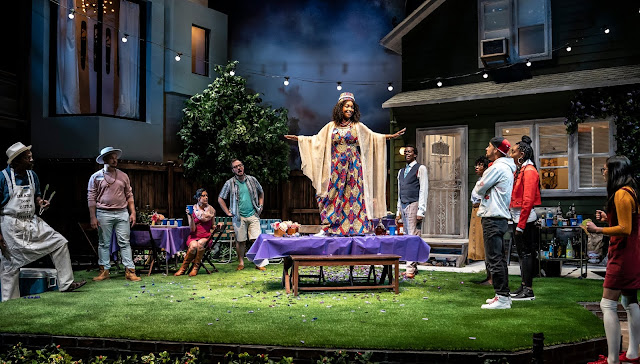 Posted by Bonnie Kenaz-Mara at 2:04 PM No comments: