David Bowie Is tickets on sale in July!

Here at ChiIL Live Shows we're lifelong fans of David Bowie (born David Robert Jones in 1947).  So, we are super stoked about the upcoming MCA exhibit--the first international exhibit of it's kind!  Get your tickets early. 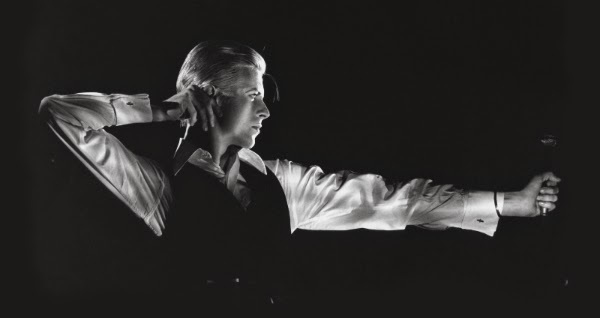 The MCA has just announced tickets to David Bowie Is, one of the hottest, anticipated exhibitions of 2014, begin THIS July. MCA Members will receive special access and are able to purchase tickets in advance, on July 15.

David Bowie Is presents the first international exhibition of the extraordinary career of David Bowie—one of the most pioneering and influential performers of our time. The exhibition focuses on his creative processes and collaborative work with artists and designers, and demonstrates how his work has both influenced and been influenced by wider movements in art, design, music, and theater.

Tickets to see David Bowie Is are $25 which also includes general admission to the museum.

This exhibition is organized by the Victoria and Albert Museum, London.
Sound experience by Sennheiser.
Posted by Bonnie Kenaz-Mara at 12:46 PM No comments: