OPENING: Chicago Premiere of THE UNDENIABLE SOUND OF RIGHT NOW Via Raven Theatre May 2 – June 16, 2019 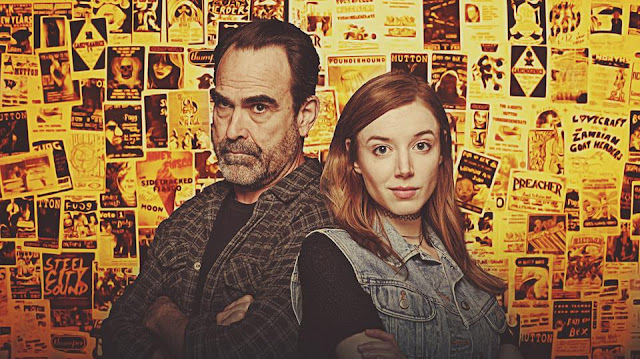 Raven Theatre is pleased to conclude its 2018-19 season with the Chicago premiere of Laura Eason’s THE UNDENIABLE SOUND OF RIGHT NOW, a poignant and potent portrait of those who can change with the times and those who get left behind. Directed by BJ Jones, THE UNDENIABLE SOUND OF RIGHT NOW will play May 2 – June 16, 2019 on Raven’s 99-seat East Stage, 6157 N. Clark St. (at Granville) in Chicago. Tickets are currently available at www.raventheatre.com or by calling (773) 338-2177. The press opening is Monday, May 6 at 7:30 pm.

Chicago, 1992. The city and its culture are changing, but grungy old Hank’s Bar isn’t. The “soulless” noise of electronic music is on the rise. Hank, proprietor of a legendary rock club, must battle the rising tide of The Next Big Thing as it threatens to destroy his legacy and fracture his family.

Comments Artistic Director Cody Estle, “The Undeniable Sound of Right Now is a Chicago story – set in Chicago and written by fourth generation Chicagoan Laura Eason. The play is a somewhat poignant look at the fall of rock music and the rise of house music in the early 1990s. This is a topic Laura knows well, as she was the singer, songwriter and bass player for the Chicago power pop band Tart. I am pleased to present this play about the inevitable changes which come with the passage of time and the coming of age of a new generation.”

About the Artists:
Laura Eason (Playwright) is a Brooklyn-based screenwriter and playwright. She is best known for four seasons as a writer/producer on the Netflix drama House of Cards (WGA nomination for outstanding writing in a drama series, three Primetime Emmy Award nominations for drama series) and her play Sex With Strangers (Steppenwolf Theatre, Chicago; Second Stage, NY; Hampstead Theatre, London; Sydney Theatre, AU; Blackwing Productions, Buenos Aires, AR; one of the most produced plays in the U.S. of the ’15-’16 and ’16-’17 seasons with more than 50 separate productions). Her award-winning stage adaptations for family audiences include The Adventures of Tom Sawyer (Hartford Stage, CT; New Victory, NY; and more than thirty productions around the U.S.) and Around the World in 80 Days (Lookingglass Theatre, Chicago and many productions in U.S. and London/UK). Eason is an ensemble member and the former Artistic Director of Lookingglass Theatre Company in Chicago (2011 Regional Theatre Tony Award), and a Dramatists Guild, WGAE, AEA, SAG, and SDC member. Laura is an alumna of Northwestern University and WP Playwright’s Lab. More information at www.lauraeason.com or @LEasonNYC


BJ Jones (Director) is in his 20th season as Artistic Director of Northlight Theatre, where he has commissioned and directed the world premieres of Faceless, Charm, White Guy on the Bus, Chapatti, Stella & Lou, The Outgoing Tide (Jeff Nomination – Best Director), Better Late and Rounding Third. Notably he has directed productions of Outside Mullingar, Grey Gardens, The Price (Jeff Nomination – Best Director), A Skull in Connemara, The Cripple of Inishmaan, and The Lieutenant of Inishmore. As a producer he has guided the world premieres of Shining Lives, The Last Five Years, The Gamester and Studs Terkel’s The Good War. From Second City to Shakespeare, BJ has directed Pitmen Painters (Jeff Nomination – Best Director, TimeLine), A Number (Next), 100 Saints You Should Know (Steppenwolf) and The Dresser (Body Politic). Regional: Glengarry Glen Ross (Suzie Bass Nominee – Best Director, Atlanta’s Alliance Theatre), Enchanted April (Asolo Theatre), and productions at Cherry Lane Theatre NY, Galway International Arts Festival, Baltimore Center Stage, and Utah Shakespeare Festival. As a performer, Mr. Jones is a two-time Joseph Jefferson Award winner and has appeared at Northlight, Goodman, Steppenwolf, Court and other theatres throughout Chicago. Film/TV credits include The Fugitive, Body Double, Law and Order: Criminal Intent, Early Edition, Cupid and Turks, among others. 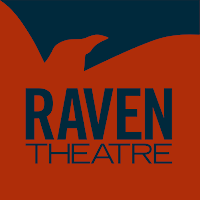 Raven Theatre Company is funded in part by the Alphawood Foundation, The MacArthur Fund for Arts and Culture at Prince, Polk Bros Foundation, Elizabeth F. Cheney Foundation, S&C Electric Company Fund, The Gaylord and Dorothy Donnelley Foundation and the Illinois Arts Council, a state agency.
Posted by Bonnie Kenaz-Mara at 10:12 AM No comments: