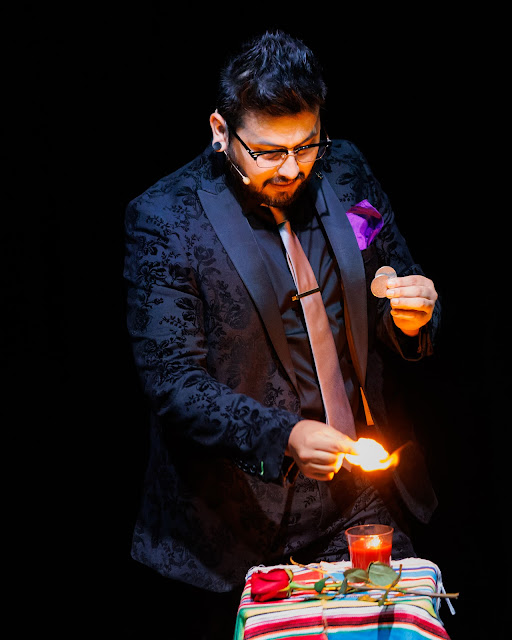 Chicago Magic Lounge has once again astounded, mystified, and astonished us with another wonderful magic show by Artist-In-Residence Luis Carreon, La Bestia.

From start to finish, the experience was magical. Even as a returning guest, I enjoyed the lead-in to the main stage area and the history of magic that comes along with it. I could also tell that it was breathtaking for my friend who had never been to the magic lounge before. He was fooled multiple times and was exclaiming about how cool it was the entire way to our seats.

Once we made it to our places, the staff were incredibly kind and the close-up magicians who came to the tables before the show were also great. The best part is how they were willing to play with us when we engaged them in bits. One table magician, while presenting a deck of cards, told us he was going to perform a card trick. When we responded that calling it a “card trick” was apt and questioned whether he had come up with that himself, he countered by telling us he had a team of writers who came up with it for him. It was fun to joke around with him and better still when it didn’t impede his flawless sleight of hand.

Then, after already being blown away by the magic lounge’s environment, we were blown even further away by Luis Carreon’s performance. While he has a dramatic flair, his most notable feature is his humor. The show is full of pop culture references and he makes tons of jokes, including ones about his heritage and the stereotypes that come along with it. He engaged the audience throughout the whole show and even played a prank on one volunteer.

I also loved his ability to improvise with what the audience gave him. Some audience members didn’t play along with his jokes and were contrarian, which he was able to turn into more bits to entertain the rest of the audience. On the other hand, there was an audience member who gave him a small heart-shaped chocolate, which he incorporated into his act alongside other heart-shaped props.

The use of props was also really intriguing to me. He had some of the obvious magician things, like coins and decks of cards, but he also made use of random objects including a house key from a mesh bag of keys, a cardboard box, a stuffed animal with a sombrero, a picture frame, and a piñata.

Overall, I would count this experience as a good one and would recommend it to anyone who has an interest in magic or is looking for a fun night of entertainment.

Dugan is an actor, designer, and photographer studying theatre and psychology at Northwestern University. This summer you can find him on cast at Bristol Renaissance Fair for the 4th season, dancing, singing, performing street theatre, and juggling knives. Contrary to popular belief, he is not a time traveler.

Chicago Magic Lounge, Chicago’s home for close-up magic, continues its Artist-In-Residence series with Luis Carreon, La Bestia, Wednesdays at 7:00pm, July 6 – September 28, 2022. A Chicago Magic Lounge favorite, Carreon showcases his unparalleled skill and mischievous sense of humor in this brand new, Spanish-infused show. Tickets for all Chicago Magic Lounge shows are available at the box office, (312) 366-4500 or online at chicagomagiclounge.com..
What you see is not always what you get. Beneath Luis Carreon's suave and debonair exterior lies La Bestia (The Beast). In his one-man show, Luis combines his jaw-dropping magical skills, his Latin heritage, and off-the-wall comedy to share his real-life experiences, poking fun at stereotypes, cultural differences, and himself.
Luis Carreon is a highly sought-after entertainer, performing magic across the country – from New York City's Monday Night Magic to House of Cards in Nashville to the World Famous Magic Castle in Hollywood, California. An award-winning and well-respected magician, Luis regularly travels the country teaching other magicians about the art of magic. He is also a regular performer, fan favorite, and co-founding company member of the Chicago Magic Lounge.
Carreon has made numerous television appearances, domestically and internationally. He has been featured on the Univision Evening News and was a semi-finalist on Tengo Talento, Mucho Talento, the Spanish language equivalent of America's Got Talent.
Luis Carreon, La Bestia will be presented on Wednesdays at 7:00pm, July 6 – September 28, 2022. Tickets are priced $45 (Main Floor) and $50 (Front Row).
Also Happening at Chicago Magic Lounge
Music & Magic
Mondays at 7:00pm
Tickets: General Admission $25
The Showcase
Tuesdays at 7:00pm
Tickets: Standard: $35; Front Row: $40
Artist-in-Residence Series
Wednesdays at 7:00pm
Sean Masterson’s Message in a Bottle, Now through June 29, 2022
Tickets: Standard: $45; Front Row: $50
The discovery of a message in a bottle makes the past present in Sean Masterson’s very visual and highly deceptive show. Sleight-of-hand magic is seamlessly woven into the true tale of the 19th century battle to decide America’s #1 magician.
In 1912 theatrical impresario Michael B. Leavitt published his 700-page memoir dishing the untold story of this jealousy-fueled battle between his clients, the magic greats Alexander Herrmann and Harry Kellar. Recently, Sean Masterson procured a signed edition of Leavitt’s memoir at auction and together with his research of Harry Houdini’s original archives at the Library of Congress in D.C., he has found the thread that nearly tells the whole tale. All Masterson needs now is a message in a bottle.
The Signature Show
Thursdays-Sundays at 7:00pm, Fridays and Sundays at 10pm
Tickets: Front Row $80, Premium Main Floor (main floor banquette and main floor cabaret) $70, Standard (rail and elevated banquette) $60, Mezzanine $50
The Signature Show was conceived in 2015 as an homage to the historic, Chicago magic bar scene. Experience close-up magic right at your table during the cocktail hour, followed by an hour of stage magic featuring masters of their craft performing feats of prestidigitation and sleight of hand. Guests who purchase Premium tickets (Front Row, Main Floor Cabaret, Main Floor Banquette) are invited to an exclusive performance of close-up magic directly after the main stage show in our 43-seat close-up gallery, The 654 Club.
Tickets for all Chicago Magic Lounge performances are available at the box office, (312) 366-4500 or online at chicagomagiclounge.com. Chicago Magic Lounge is a 21+ venue. Ages 16+ allowed to ticketed shows with a legal guardian.

For the health and safety of our staff, guests and community, you must be fully vaccinated to enter the premises. Ticket holders will be asked to present proof of vaccination status upon arrival.

For a complete schedule of performances and more information about Chicago Magic Lounge, resident and guest performers, and more, please visit chicagomagiclounge.com. 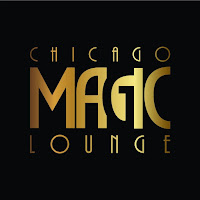