COME SLAY WITH US: 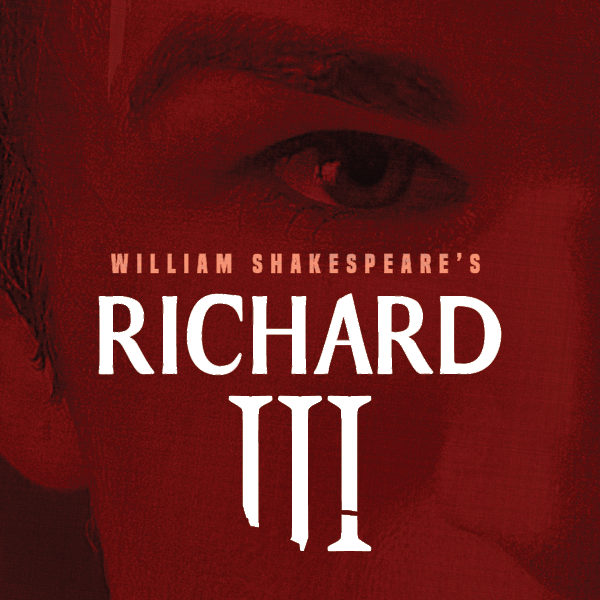 Directed By Richard Costes, Babes With Blades Theatre Company’s Shakespeare Features Non-Traditional Casting and is Informed by a Collaboration with the University Of Illinois Chicago and their incubators for Disability Arts and Culture

Babes With Blades Theatre Company (BWBTC) returns to live performances with its 2022 season and its presentation of William Shakespeare’s Richard III, in partnership with the University of Illinois Chicago’s Disability Cultural Center and directed by Richard Costes, August 25 – October 15, at The Edge Theater, 5451 N. Broadway Ave., with select performances being live streamed. Previews are Thursday, Aug. 25 – Saturday, Aug. 27 at 8 p.m. and Sunday, Aug. 28 at 3 p.m., Thursday, Sept. 1 and Friday, Sept. 2 at 8 p.m. I'll be out for the press opening Sept. 3rd so check back shortly after for my full review. The regular performance schedule is Thursdays – Saturdays at 8 p.m. and Sundays at 3 p.m. All performances are presented with open captioning and select performances will be live streamed. Tickets are $20-35 available HERE.

Babes With Blades Theatre Company brings the tale of Shakespeare’s most complex, cruel and fascinating protagonist to life this summer in a new version that accounts for previously disregarded perspectives.  BWBTC Shakespeare’s Richard III tells the story of Richard of Gloucester, who uses intelligence, deception and political manipulation towards his ultimate goal: England’s crown. Babes With Blades’ production is a partnership with a project called “Making Inclusive Theatre: Richard III as Disability Art,” a collaboration with the University of Illinois Chicago’s Disability Cultural Center, the UIC Department of Theatre and Bodies of Work, a network of disability arts and culture. BWBTC Shakespeare’s production of Richard III adds a new layer to the complex tale by making it more inclusive in order to further explore othering and disability culture.

“This production represents so many aspects that are priorities for BWBTC: focusing on marginalized stories, telling complicated tales of flawed humans and our signature of stage combat as a storytelling tool,” states Artistic Director Hayley Rice. “This team is ready to tell Richard III’s story in the manner it should be told, with the artists who should be telling it, but are so often left out of the conversation completely.”

Richard Costes is a deaf artist of color who has also worked as an actor, director, playwright and accessibility consultant. Costes grew up near Youngstown, Ohio where he graduated from Kent State University with a Bachelor of Arts in Theatre Studies. His professional career began in Chicago, where he fell in love with the storefront theater scene and its continued work towards diversity and inclusion. Since 2014, he has performed at Steep Theatre Company, Chicago Shakespeare Theater, Red Tape Theatre, Redtwist Theatre, Broken Nose Theatre, Porchlight Music Theatre, Rasaka Theatre Company and many others.  He is a 2017 recipient of a 3Arts Make a Wave grant. He has presented at Gallaudet University’s symposium on Visual Shakespeare and was a member of the 2019 Deaf Theatre Action Planning Session hosted by HowlRound at Emerson College.

As one of the first Disability Cultural Centers in the country, the UIC DCC is committed to building community around disability experience and anti-ableism. It centers disability issues as social justice issues, exploring intersectional identities, developing disability culture, fostering a sense of belonging, and imagining radically different futures. Most UIC DCC programming is open to everyone--students, staff, faculty, and community members--and nondisabled allies are welcome to join; the Center also hosts intentional spaces for disabled people to find community. The UIC DCC's programs include public lectures, discussion series, arts-based workshops and one-on-one support.

Aligned with their mission of representing marginalized voices, BWBTC Shakespeare specifically features actors of marginalized genders to provide an opportunity for audiences to perceive these classic stories through a new lens.  For this production, BWBTC has partnered with UIC’s Disability Cultural Center, the department of Theatre, and Bodies of Work to tell the tale of Richard of Gloucester’s rise to power. Casting both disabled and non-disabled actors and exploring disability beyond the role of Richard III, this production will not only examine stage combat as a storytelling tool, but also interrogate the barriers that the theatre industry often creates when it comes to accessibility for actors.

ABOUT BABES WITH BLADES THEATRE COMPANY

Babes With Blades Theatre Company – over the past 20 years and moving into the future – strives to develop and present scripts focused on complex, dynamic (often combative) characters who continue to be underrepresented on theatre stages based on gender. Babes With Blades Theatre Company uses (and will continue to use) stage combat to tell stories that elevate the voices of underrepresented communities and dismantle the patriarchy.

In each element of their programming, they embrace two key concepts:

1)     Folks of marginalized genders and underrepresented communities are central to the story, driving the action rather than responding or submitting to it.

2)     Everyone is capable of a full emotional and physical engagement, up to and including violence and its consequences.

The company offers participants and patrons alike an unparalleled opportunity to experience every person as heroes and villains; rescuers and rescues; right, wrong and everywhere in between: exciting, vivid, dynamic PEOPLE. It’s as simple and as subversive as that.

This production of Richard III is supported by a UIC Creative Activity Award for a project called "Making Inclusive Theatre: Richard III as Disability Art."

BWBTC’s 2022 programming is partially made possible by the kind support of The Gaylord & Dorothy Donnelley Foundation, a grant from The Illinois Arts Council Agency, a CityArts Grant from the City of Chicago Department of Cultural Affairs & Special Events (DCASE), and the support of the Small Business Alliance Shuttered Venue Operators (SVOG) grant program.

Babes With Blades Theatre Company produces theatre in venues located on the traditional homelands of the Council of the Three Fires: the Ojibwe, Odawa, and Potawatomi Nations. Many other tribes such as the Miami, Ho-Chunk, Menominee, Sac, and Fox also called this area home. This region that we now commonly refer to as “The Chicagoland Area”, has long been a center for Indigenous people to gather, trade, and maintain kinship ties. Today, one of the largest urban Native American communities in the United States resides in Chicago. Members of this community continue to contribute to the life of this city and to celebrate their heritage, practice traditions and care for the land and waterways.

Posted by Bonnie Kenaz-Mara at 12:20 PM No comments: