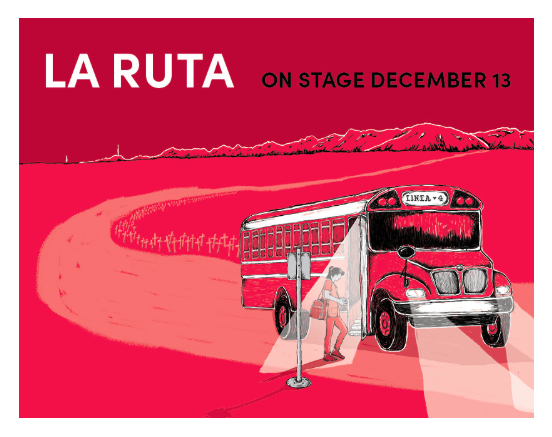 Featuring an all-female cast of some of the most dynamic Latinx actors in Chicago!

I'll be out for the press opening Dec 21st, so check back soon for my full review. 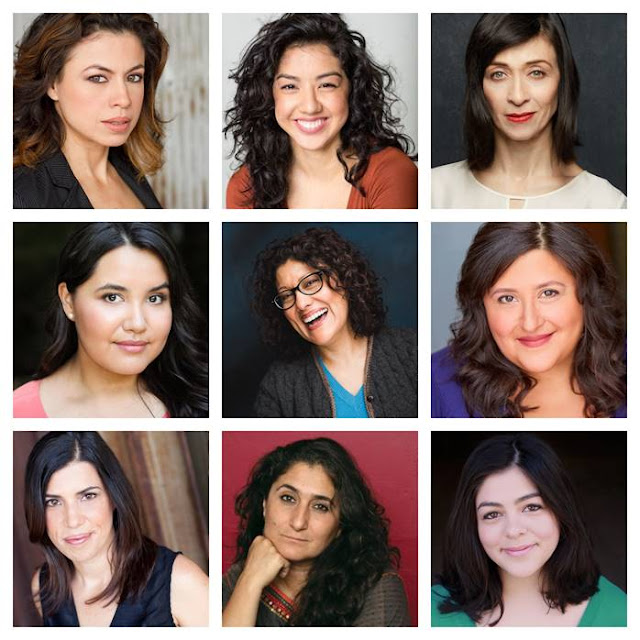 
I AM ANGRY. I AM HEARTBROKEN. BUT THE HEART OF A WOMAN BEATS FURIOUSLY IN A MILLION DIRECTIONS AT ONCE, EVEN WHEN IT’S SHATTERED INTO A MILLION PIECES.

ABOUT THIS SHOW
To the U.S.-owned factories in Ciudad Juárez, Mexico, La Ruta is just a bus. But to the women who live, work and often disappear along the route, it's so much more than that. Inspired by real testimonies, and using live music to evoke factory work and protest marches, La Ruta is a visceral unearthing of secrets buried in the desert and a celebration of the Mexican women who stand resiliently in the wake of loss.

Isaac Gomez is an award-winning Chicago-based playwright, originally from El Paso, Texas/Ciudad Juárez, Mexico. An important work from a powerful young voice, we are proud to feature the world premiere of Isaac Gomez’s La Ruta with Sandra Marquez in her Steppenwolf directing debut and an all-female cast of Chicago’s most dynamic Latinx artists.

FROM THE PLAYWRIGHT
“Every single woman in this play is based on a real person. And although some names have been changed for their protection, the violence they face and their resilience have not. I made a promise to these women that their stories would be heard by as many people as humanly possible, and through this world premiere at Steppenwolf, we are one step closer to keeping that promise -- to bear witness and carry their stories forward. As a queer Mexicano from the border, I owe my entire existence to Mexican women. This play is for them. Para todas. Para siempre.”


CONTENT ADVISORY
Steppenwolf does not offer advisories about subject matter, as sensitivities vary from person to person.If you have any questions about content, age-appropriateness or stage effects (such as strobe lights or theatrical fog) that might have a bearing on patron comfort, please contact the box office at 312-335-1650.

6 OR MORE $10 DISCOUNT
Get a group together and save.

For a limited time, groups of 6+ can get a discount on tickets to Familiar and LaRuta. Enter code 44393, get $10 off each ticket—the more the merrier.

This December, Steppenwolf Theatre Company is proud to present the world premiere production of La Ruta by acclaimed Chicago playwright Isaac Gomez, directed by ensemble member Sandra Marquez. Featuring ensemble member Karen Rodriguez along with an eight-member all female Latinx cast, La Ruta is inspired by the lives of Mexican women who live, work—and disappear—along a Ciudad Juárez bus route. La Ruta weaves live music through a story of resilience in the wake of loss.

Playwright Isaac Gomez shares, “Every single woman in this play is based on a real person. And although some names have been changed for their protection, the violence they face and their resilience have not. I made a promise to these women that their stories would be heard by as many people as humanly possible, and through this world premiere at Steppenwolf, we are one step closer to keeping that promise -- to bear witness and carry their stories forward. As a queer Mexicano from the border, I owe my entire existence to Mexican women. This play is for them. Para todas. Para siempre.”

Front Bar: Coffee and Drinks
Connected to the main lobby is Steppenwolf’s own Front Bar: Coffee and Drinks, offering a warm, creative space to grab a drink, have a bite, or meet up with friends and collaborators, day or night. Open Tuesdays – Sundays from 8am to midnight, Front Bar serves artisanal coffee and espresso is provided by La Colombe and food prepared by Goddess and Grocer. The menu focuses on fresh, accessible fare, featuring grab-and-go salads and sandwiches for lunch and adding shareable small plates and desserts for evening and post show service. front-bar.com.

Steppenwolf Theatre Company is the nation’s premier ensemble theater. Formed by a collective of actors in 1976, the ensemble represents a remarkable cross-section of actors, directors and playwrights. Thrilling and powerful productions from Balm in Gilead to August: Osage County and Pass Over—and accolades that include the National Medal of Arts and 12 Tony Awards—have made the theater legendary. Steppenwolf produces hundreds of performances and events annually in its three spaces: the 515-seat Downstairs Theatre, the 299-seat Upstairs Theatre and the 80-seat 1700 Theatre.

While firmly grounded in the Chicago community, nearly 40 original Steppenwolf productions have enjoyed success both nationally and internationally, including Broadway, Off-Broadway, London, Sydney, Galway and Dublin. Anna D. Shapiro is the Artistic Director and David Schmitz is the Executive Director. Eric Lefkofsky is Chair of Steppenwolf’s Board of Trustees. 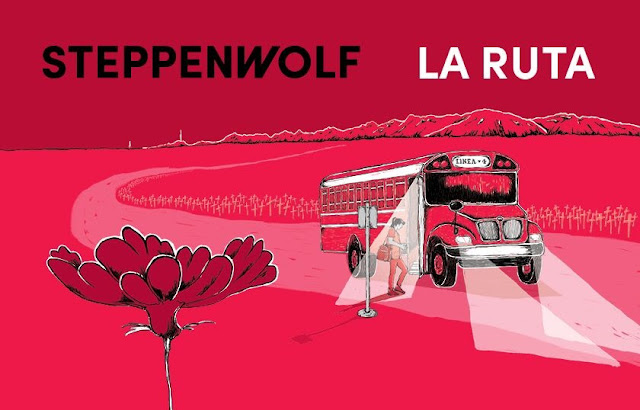 Ticket prices:
Previews: $20 – $76, Regular Run: $20 – $89. Prices subject to change
20 for $20: Twenty $20 tickets are available for subscription shows on the day of the performance at 11am (Mon – Sat) and 1pm (Sun), by phone only at 312-335-1650. Limit 2 per person.
Rush Tickets: Half-price rush tickets are available one hour before each show.
Student Discounts: Limited $15 student tickets are available online. (Limit 2 tickets. Must present a valid student ID for each ticket). steppenwolf.org/students.

Group Tickets: All groups of 10 or more receive a discounted rate for any performance. Black Card Memberships are for audiences interested in extreme flexibility. Cards include six tickets for use any time, for any production including the LookOut Series. The tickets are valid for one year with the option to add additional tickets as needed. Perks include easy and free exchanges, access to seats before the general public, savings on single ticket prices and bar and restaurant discounts for pre- and post-show socializing. Red Card Memberships are available for theatergoers under 30.
More info at steppenwolf.org/memberships