CHICAGO TAP THEATRE RETURNS TO STAGE 773 WITH THE WORLD PREMIERE OF
SAVING THE WORLD,
JUNE 8 – JUNE 30 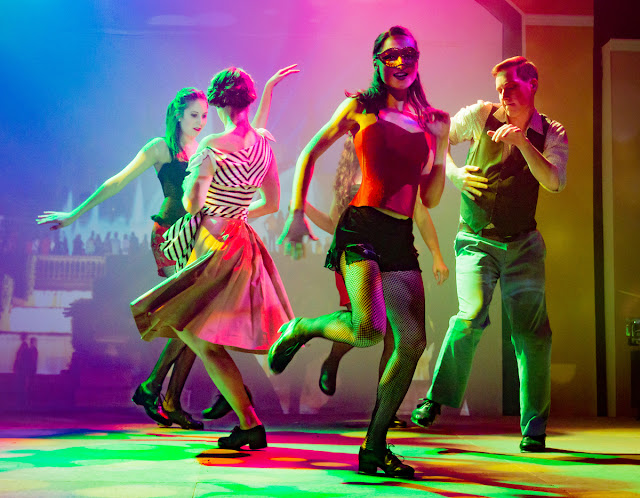 Photo Credit for all: Josh Hawkins

Artistic Director Mark Yonally and Chicago Tap Theatre (CTT) are proud to present Saving The World, a science fiction tap dance story show set to all-original music composed and performed live by Diana Lawrence, directed by Raphael Schwartzman, written by Slam Poetry Creator Marc Kelly Smith and choreographed by Yonally, June 8 – June 30, at Stage 773, 1225 W. Belmont Ave. Opening night is Saturday, June 8 at 7:30 p.m. The performance schedule is Fridays and Saturdays at 7:30 p.m. and Sundays at 3 p.m.  Tickets are $40 for adults, $30 for seniors, students and dancers. Group discounts are also available. For tickets, go to ChicagoTapTheatre.com or call the Stage 773 box office at 773.327.5252.

Saving The World is Chicago Tap Theater’s first all new story show in three years since 2016’s award-winning Time Steps and 2017’s box office smash Changes. From the creative team behind Time Steps, comes a show about pride, arrogance and demagogues. CTT Writer-in-Residence (and creator of the world-wide Slam Poetry genre) Marc Kelly Smith weaves a brand new tale of the near future.  As a corporation begins to aid those hit by every-increasing natural disasters, a collision between helping those who need it most and profiting mightily from them is looming. Throughout the performance tap dancers, with the aid of video projection, will be embodying the natural disasters, including tornadoes and tsunamis.

“Marc Smith has really laid it all out there for this one,” said Yonally, “I feel since we first started working together there were themes that recurred through his work, and this show is, in many ways, is the culmination of all of his work with Chicago Tap Theatre.” Yonally continued, “We are working with a new director for this production, and he, along with the script by Marc, are pushing us to try truly new and innovative things. Even if you’ve seen every story show, you will see a LOT of new ideas on stage.”

That new director, Raphael Schwartzman, is a noted movement theater director creating his first tap opera with Chicago Tap Theatre. Schwartzman brings a fresh new approach to narrative dance, along with a stronger focus on emotional resonance and depth of character. CTT is proud to work with composer/Music Director Diana Lawrence, who is creating an all-original score for Saving The World that features live performances by her and two other musicians. This score veers from rock opera to folk to 80s chip tune. 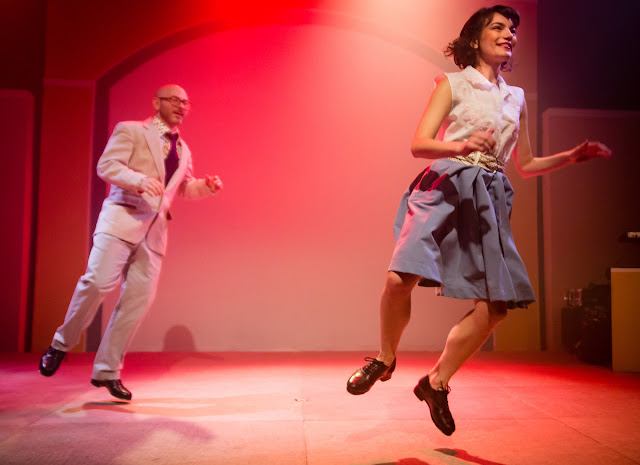 Marc Kelly Smith is the creator of the international Poetry Slam movement and has performed weekly at the Uptown Poetry Slam (now the Uptown Poetry Cabaret) since 1986. He has chalked up over 3,000 national and international engagements and is highly sought after as the authority on performance poetry. In the past seven years he has created six all-original shows with Chicago Tap Theatre as their Writer-in-Residence, including Eyes Without a Face, LoveTaps, TightWire, Mama’s Boy and the award winning TimeSteps (Top 10 Dance Events of the Year, Chicago Tribune and Best New Production of 2016, Dance Magazine Reader’s Poll).

Raphael Schwartzman is over the moon to direct Saving the World with Chicago Tap Theatre. A graduate of Butler University in Indiana, Schwartzman has worked in the Chicago theatre scene for the better part of the last decade.  He's also trained and made theatre in the UK, Russia, and Italy.  Chicago directing credits include The Curse on Mordrake House (Chicago Fringe Festival), Thinking Sacks of Meat (Piccolo Theatre), and Visiting Hours (MadKap Productions).

Mark Yonally is the founder and Artistic Director of Chicago Tap Theatre, one of the most critically well-regarded dance companies in Chicago. They perform an annual three-show season in Chicago and tour both throughout America and Europe. Their performances have been chosen as the Top Ten Dance events of the year by the Chicago Tribune, the Chicago Sun-Times, SeeChicagoDance and Windy City Media. Their 2016 Time Travel Story Shoe, “TimeSteps” was selected as the Best New Production of 2016 by the Dance Magazine Reader’s Poll. Yonally has developed a national and international reputation as a performer, with solo performances in Chicago, Helsinki, Barcelona, New York, Amsterdam and Paris. He has been blessed to have Sam Weber, Sarah Petronio, Dianne Walker, Bill Evans and Billy Siegenfeld as mentors. He has also recorded with live musicians, including an appearance with the Polyphonic Spree on their song “Mental Cabaret” and on stage with them at Lollapalooza.

As a music director and improviser, Diana  Lawernce has worked with organizations such as The Second City, the Goodman Theatre, Porchlight Music Theatre and Hubbard Street Dance Chicago. Lawernce created original music for Steppenwolf Theatre’s 2016 premiere of Mary Page Marlowe, and her musical, Mill Girls, was granted a 2018/19 Incubator workshop at the O’Neill Theatre Center. Lawerence is also a teaching artist with Storycatchers Theatre, where she creates musical theater with incarcerated youth. L

Founded in 2002, Chicago Tap Theatre is a growing and vibrant dance company dedicated to preserving the quintessentially American dance form of tap while taking it to the next level of creativity, innovation and quality. CTT performs exclusively with live music provided by some of Chicago’s finest musicians playing everything from Duke Ellington to David Bowie and many artists in between. Under the dynamic direction of master teacher and performer Mark Yonally, CTT has gained a loyal and sizable following in Chicago and continues to tour both nationally and internationally. Having pioneered the “tap opera” format, which tells stories with compelling characters and intriguing plots, CTT has used the language of tap dance, live music and narration to move Chicago audiences for over 10 years.

Posted by Bonnie Kenaz-Mara at 2:53 PM No comments: