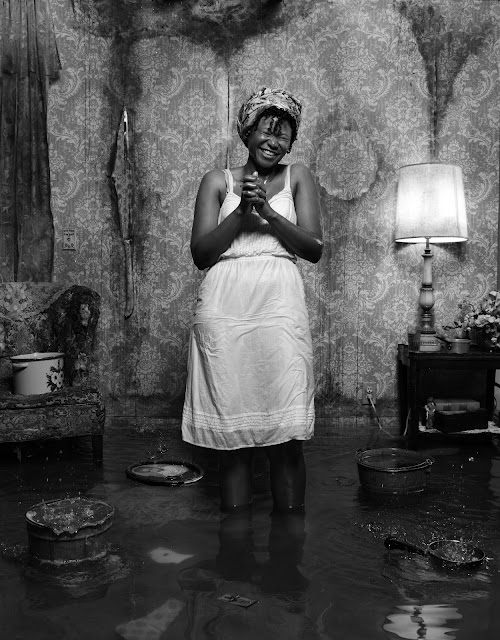 In anticipation of her birthday, Shelah’s family and friends gather at her home in the Head of Passes—–the mysterious shifting marshlands at the mouth of the great Mississippi River. As the guests appear, so do ghosts from the past, and Shelah’s convictions about her life begin to dissolve, along with her home in the Louisiana rain. Ensemble members Tarell Alvin McCraney and Tina Landau team up again for this wise, warm world-premiere drama about faith, family and finding your place in the world.

“Head of Passes is intriguing in both its content and form—or rather, in the way that the form moves us into the heart of the play's intensifying interrogation of faith,” comments Artistic Director Martha Lavey. “The divine intervention in our lives may come to us in surprising garb and speak to us the language of humility. The membrane between this world and the unseen world may be porous. We must endure our doubt, we must endure not knowing.  Somewhere in that, is our faith.”

Tickets to Head of Passes ($20 – $78) are currently on sale through Audience Services (1650 N Halsted St), 312-335-1650 and steppenwolf.org. 20 for $20: twenty $20 tickets are available through Audience Services beginning at 11am on the day of each performance (1pm for Sunday performances). Rush Tickets: half-price rush tickets are available one hour before each show. Student Discounts: a limited number of $15 student tickets are available online using promo code “PASSES15”. Limit 2 tickets per student; must present a valid student ID for each ticket. For additional student discounts, visit steppenwolf.org/students. Group Tickets: all groups of 10 or more receive a discounted rate for any performance throughout the season. For additional information, visit steppenwolf.org/groups.

Head of Passes is the recipient of a Joyce Award. Support provided by the National Endowment for the Arts. Allstate Insurance Company is Corporate Production Sponsor for Head of Passes.

Currently on stage is The Birthday Party by Harold Pinter, directed by ensemble member Austin Pendleton (through April 28, 2013) in the Upstairs Theatre (1650 N Halsted St); and Garage Rep, featuring BlackTop Sky by Christina Anderson, directed by Cassy Sanders, presented by Theatre Seven of Chicago; See What I Wanna See, words and music by Michael John LaChiusa, directed by Lili-Anne Brown, music direction by James Morehead; and She Kills Monsters by Qui Nguyen, directed by Scott Weinstein, presented by Buzz22 Chicago (through April 21, 2013) in the Garage Theatre (1624 N Halsted St). The 2012/13 Subscription Season concludes with Belleville by Amy Herzog, directed by Anne Kauffman (June 27 – August 25, 2013) in the Downstairs Theatre.