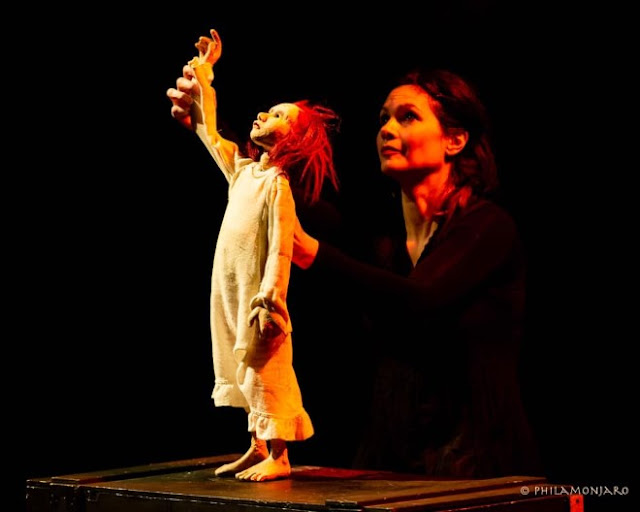 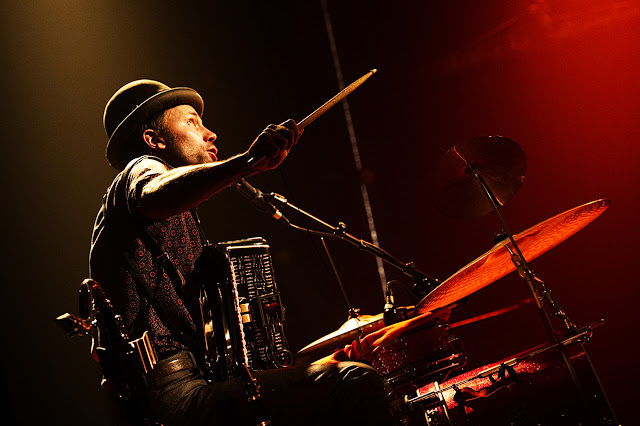 In Tria Fata, La Pendue’s cast of two puppeteers present a cabaret that serves up life and death. A one-man band (Martin Kaspar Lauchli) fills the space with jaunty Klezmer music and (occasionally manipulates stringed puppets), while the graceful, black clad Estelle Charlier fills various roles, most notably, Death itself. Presented in French with English supertitles projected above the stage, the show is both intimate and expansive, at once personal and universal. 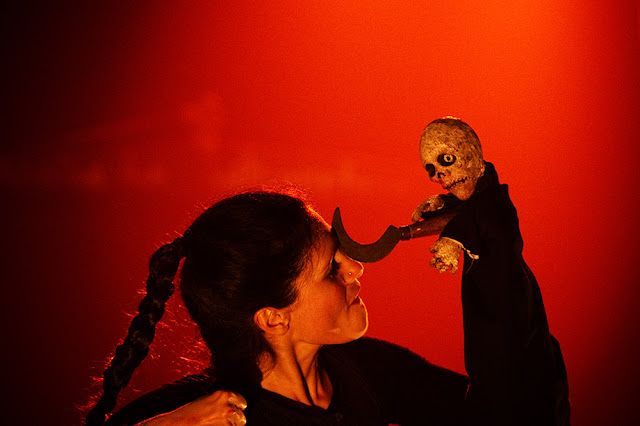 The main character, a red-haired old woman, bargains with Death for a little extra time, so she can once more review the memories of her life. The highlights of her life are presented: an amusing and bizarre childbirth scene, a highly symbolic coming of age vignette, and a heartbreakingly tragic love story. Each part is presented using different techniques: hand puppets and marionettes, shadow-puppetry, mime, and at the end, a touching and mesmerizing kinetic slide show. Tria Fata invites the audience to share in the old woman’s first breath, and her last, an unforgettable tribute to the human experience. 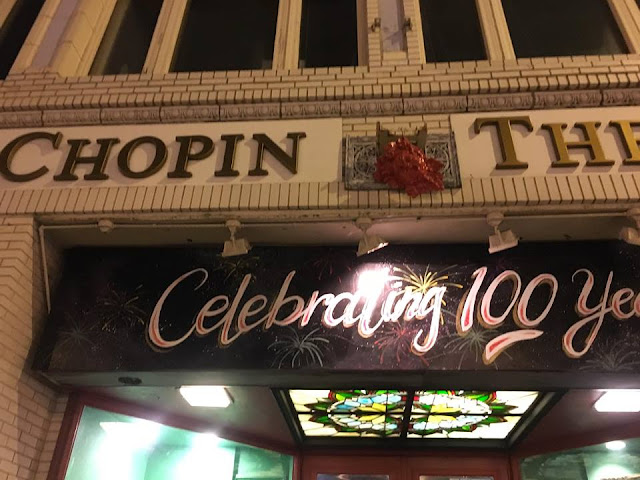 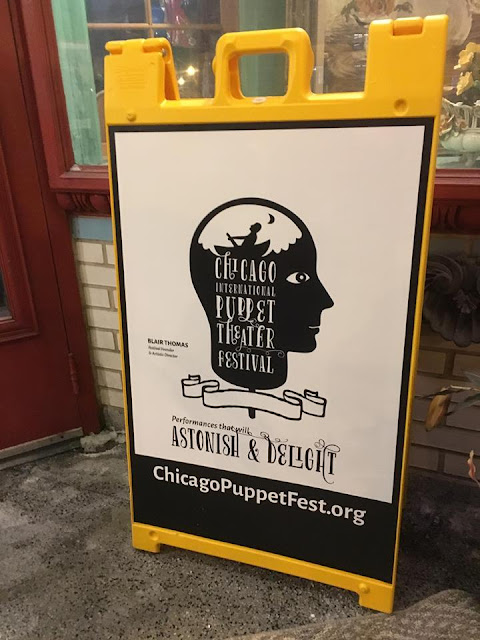 She is a puppeteer. He is a musician. Life and death are playing in their cabaret. The big imaginary machinery they are activating together strangely looks like the one which presides over our destinies: the Ancients believed this weaving loom belongs to the three Parcae—Tria Fata—where the threads of our lives are weaving, uncoiling, and breaking. 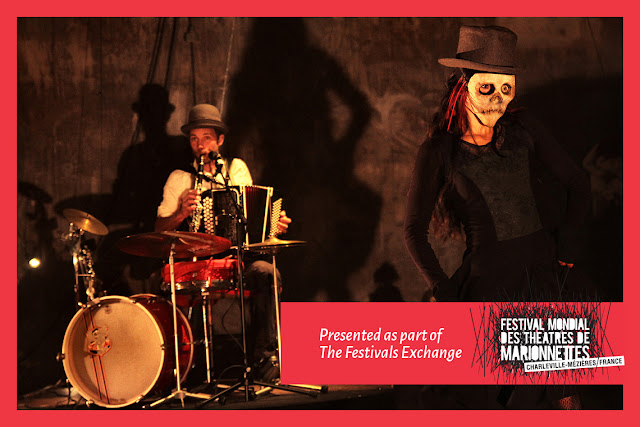 Presented as part of The Festivals Exchange —supported by The John D. and Catherine T. MacArthur Foundation International Connections Fund

About the Festival
The Chicago International Puppet Theater Festival was founded in 2014 to establish Chicago as a prominent center for the art of puppetry. This biennial Festival presents the highest quality local, national, and international puppet shows in venues across the city. Invited artists lead workshops, public presentations and talks as an integral part of the Festival offerings. Additionally, the Festival hosts the Volkenburg Puppetry Symposium devoted to the advancement of scholarship and research in the field of puppetry. 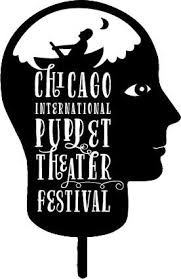