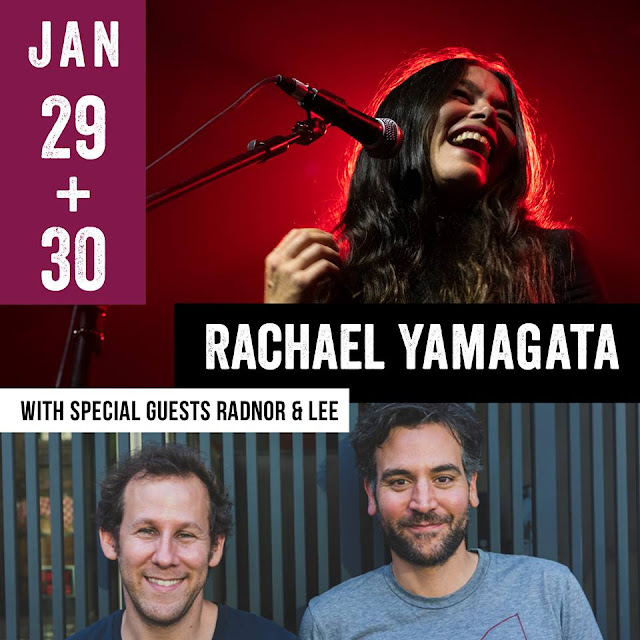 Check Out My Full Set Of Live Rachael Yamagata Show Shots In The Slideshow HERE and more favorites Below (City Winery Chicago 1/29/19):

It was my pleasure to catch Rachael Yamagata With Special Guests Radnor & Lee at City Winery and shoot stills for ChiIL Live Shows. Rachael's sultry vocals and witty banter between ballads made this a great date night choice for my husband and me. 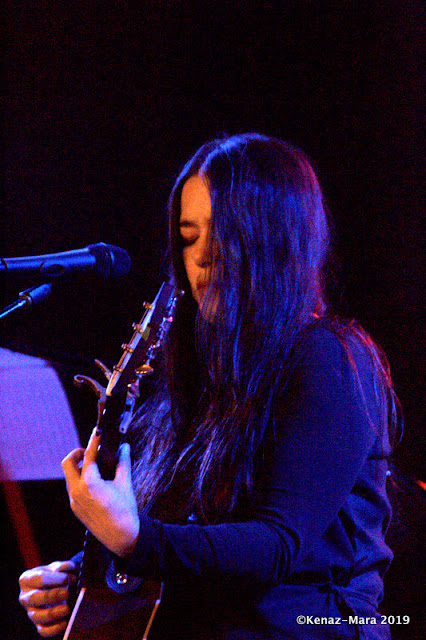 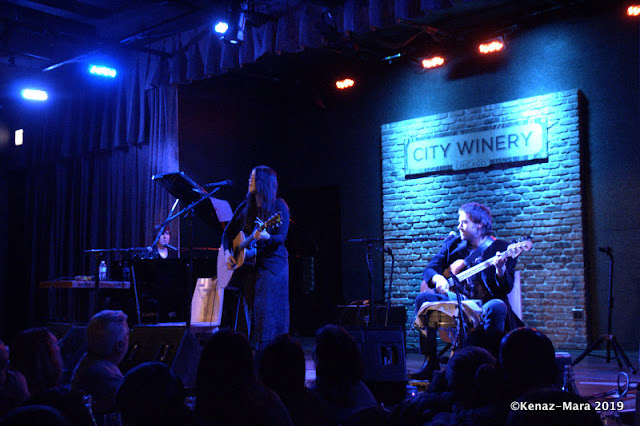 I was interested to learn that Rachael made Chicago her home for a decade and performed her first open mic right here in a little bar on Lincoln Avenue. She laughingly confessed it was an unmitigated disaster and she stopped performing in public for 5 years after that. Fortunately for her fervent fans, she did give it a go again, eventually joining Chicago funk band, Bumpus. 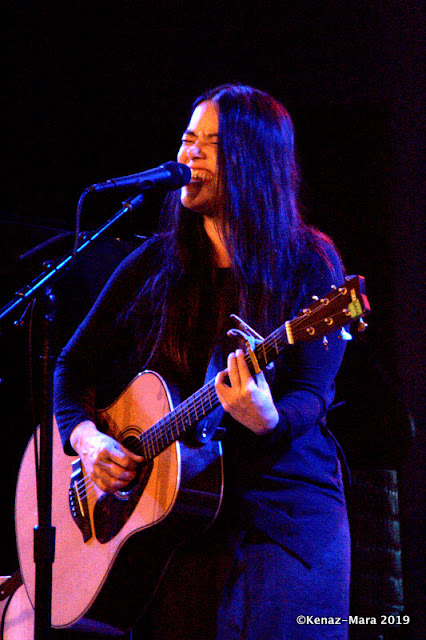 At Tuesday night's show, we got to see Rachael's on stage "bass debut", as well as her stylings on grand piano and guitar. 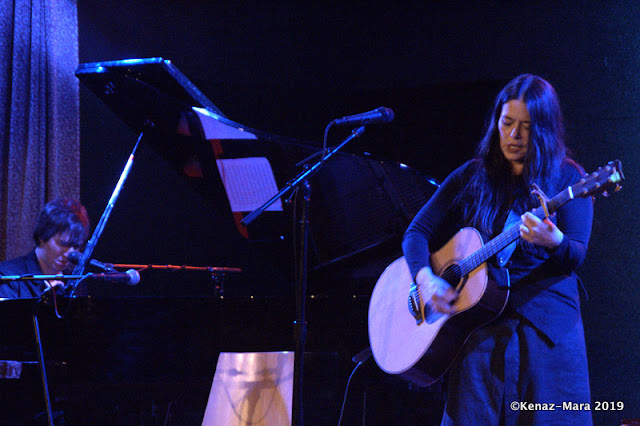 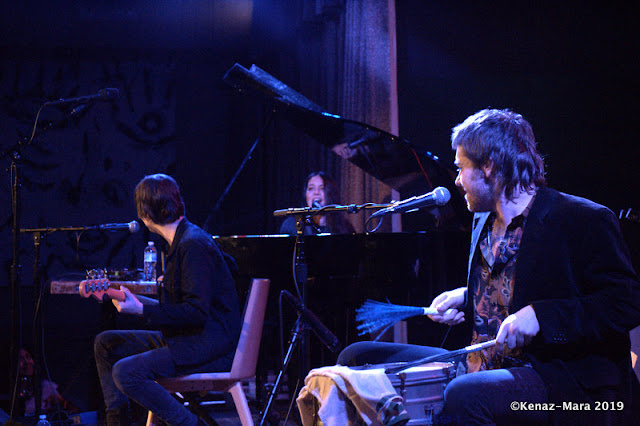 She played a number of old favorites, new tunes, and even an excellent encore number of Fleetwood Mac's The Chain, garnering a standing ovation. Check out her site here. 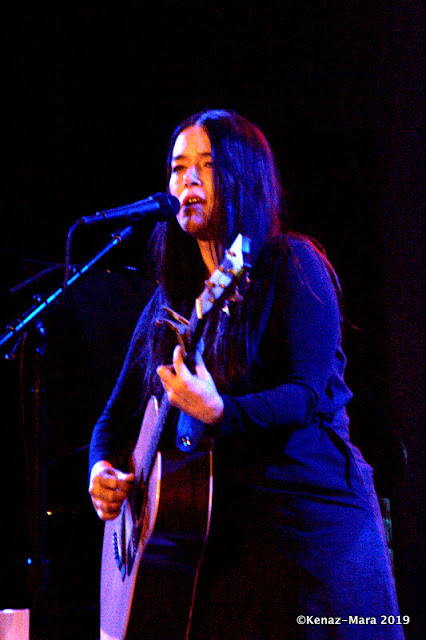 Radnor & Lee were folky and fun as openers, with a clever vintage suitcase drum and foot tambourine. 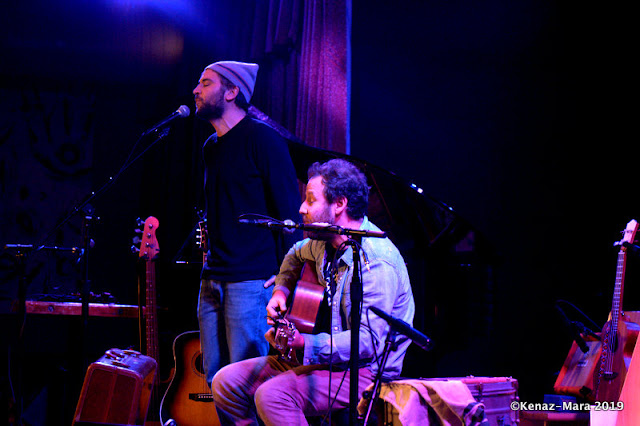 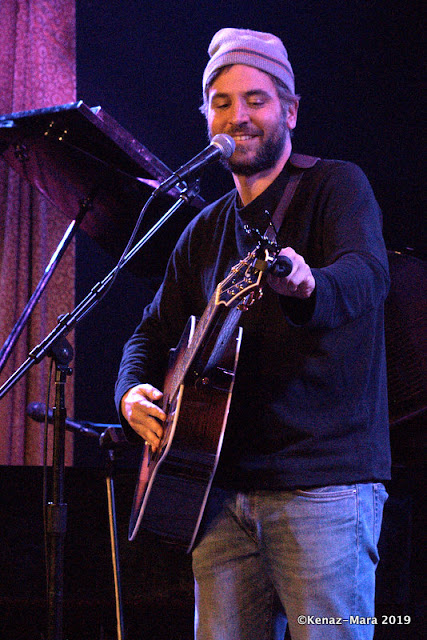 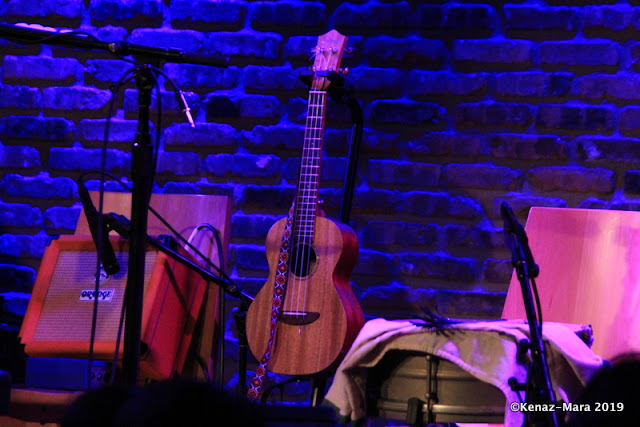 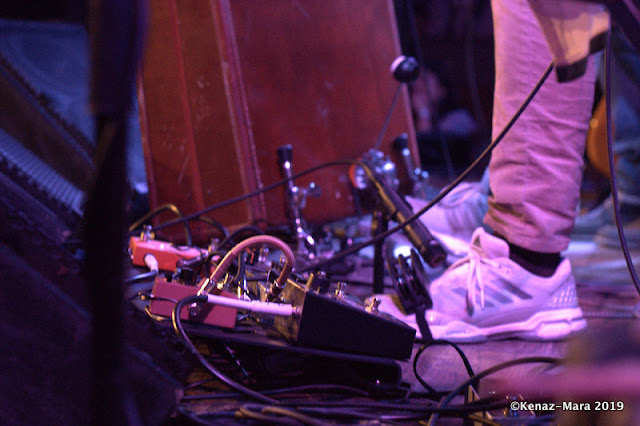 Does Josh Radnor's face look familiar? He's a creative guy, rockin' a bunch of titles: American actor, writer, director, filmmaker and musician. He's most often recognized as Ted Mosby from the Emmy Award-winning CBS sitcom How I Met Your Mother. He wrote and directed the 2010 comedy drama film Happythankyoumoreplease, which won the Sundance Film Festival Audience Award and was nominated for the Grand Jury Prize. In 2014, Radnor portrayed Isaac in Tony nominated Broadway play, Disgraced. You may have also seen him as Dr. Jedediah Foster on Mercy Street, the PBS American Civil War drama and as Lou Mazzuchelli in the musical series Rise. Check out Radnor & Lee's Facebook Page Here. 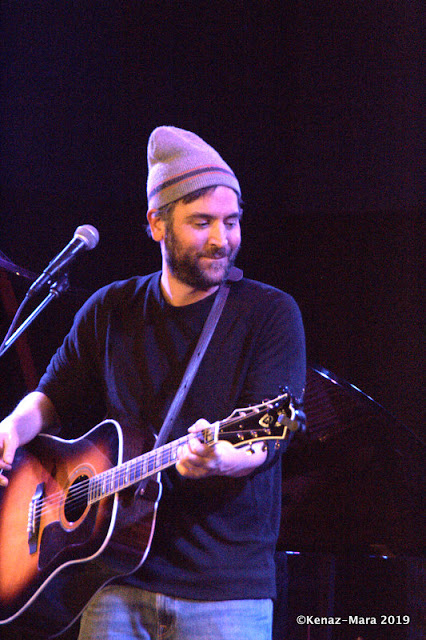 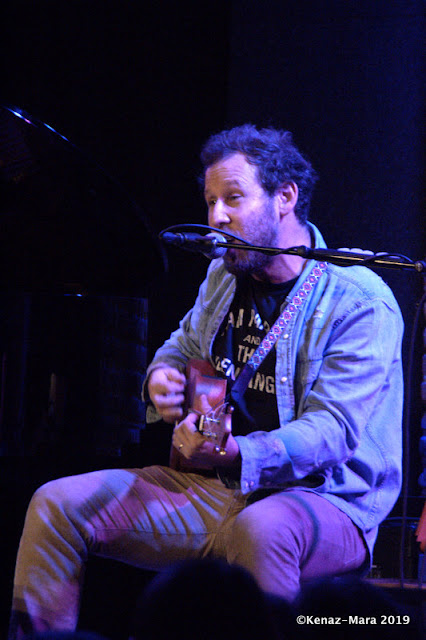 Check Out My Full Set of Radnor & Lee Live Show Shots In The Slideshow HERE and more favorites Below:

Rachael Yamagata
Tuesday-Wednesday, January 29-30
Called “the troubadour of heartbreak,” Rachael Yamagata bears the “old soul” singer/songwriter essence that calls upon Todd Rundgren, Carole King, Joni Mitchell, The Carpenters, and Elton John, while sonically gravitating towards the darker stylings of Nick Cave, Tom Waits, P.J. Harvey, and Danny Elfman. She has toured with The Swell Season, Ray LaMontagne, Ryan Adams, and Sara Bareilles. Yamagata has also opened for David Gray solo at Madison Square Garden; and she has shared the stage at Carnegie Hall with R.E.M. and Patti Smith. She released a new EP, Porch Songs, in October 2018. Yamagata returns to City Winery for two intimate performances. 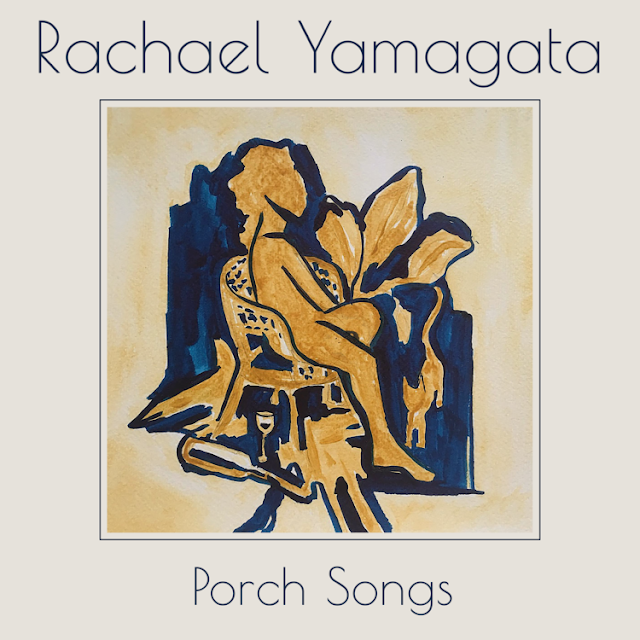 Yamagata unlocks your pain and gives it permission to breathe.

"Along with the bad-assery, Yamagata brings a world-weary passion to her singing. Her voice is a soul-baring, sultry instrument that commands center stage at all times. She has that deliberate, I’ll-sing-the-note-when-I’m-ready pacing that helped make Amy Winehouse great, and before her Billie Holliday.” Associated Press

"The singer-songwriter unveils a dark fire burning within her obstinate self.” Paste

“Some singer/songwriters wear their hearts on their sleeves. Some of them also make sure they’re dripping with blood. Case in point: the ultra-emotive singer/pianist Rachael Yamagata.” Digital Trends

“Catchy and engaging, but consistently smart to boot” -- Mother Jones 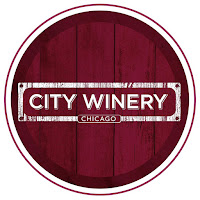 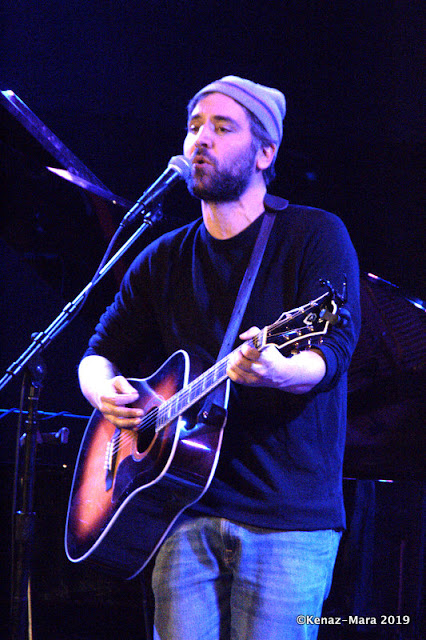 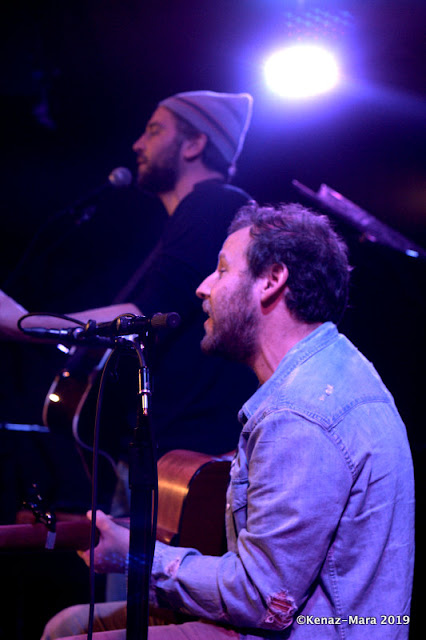 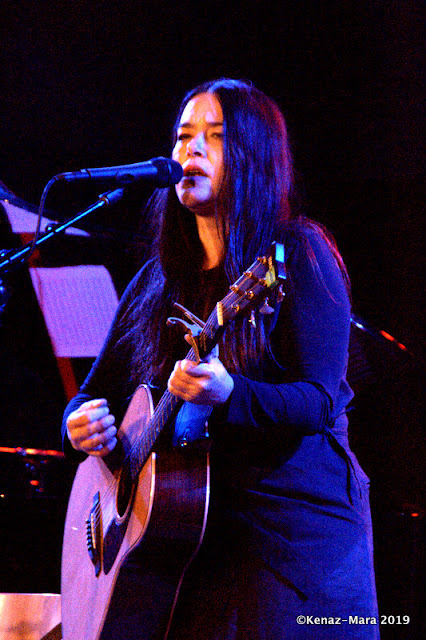 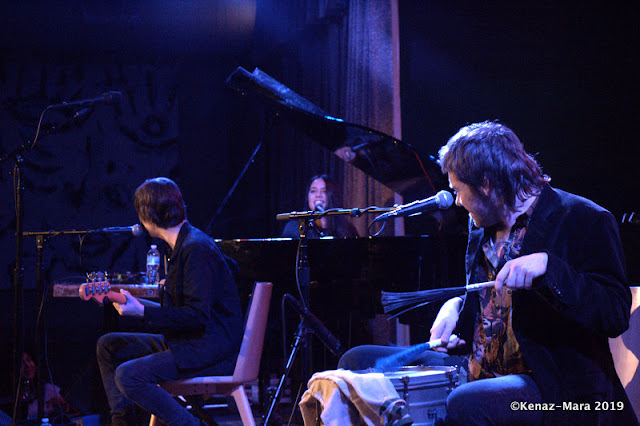 Posted by Bonnie Kenaz-Mara at 10:49 AM No comments: