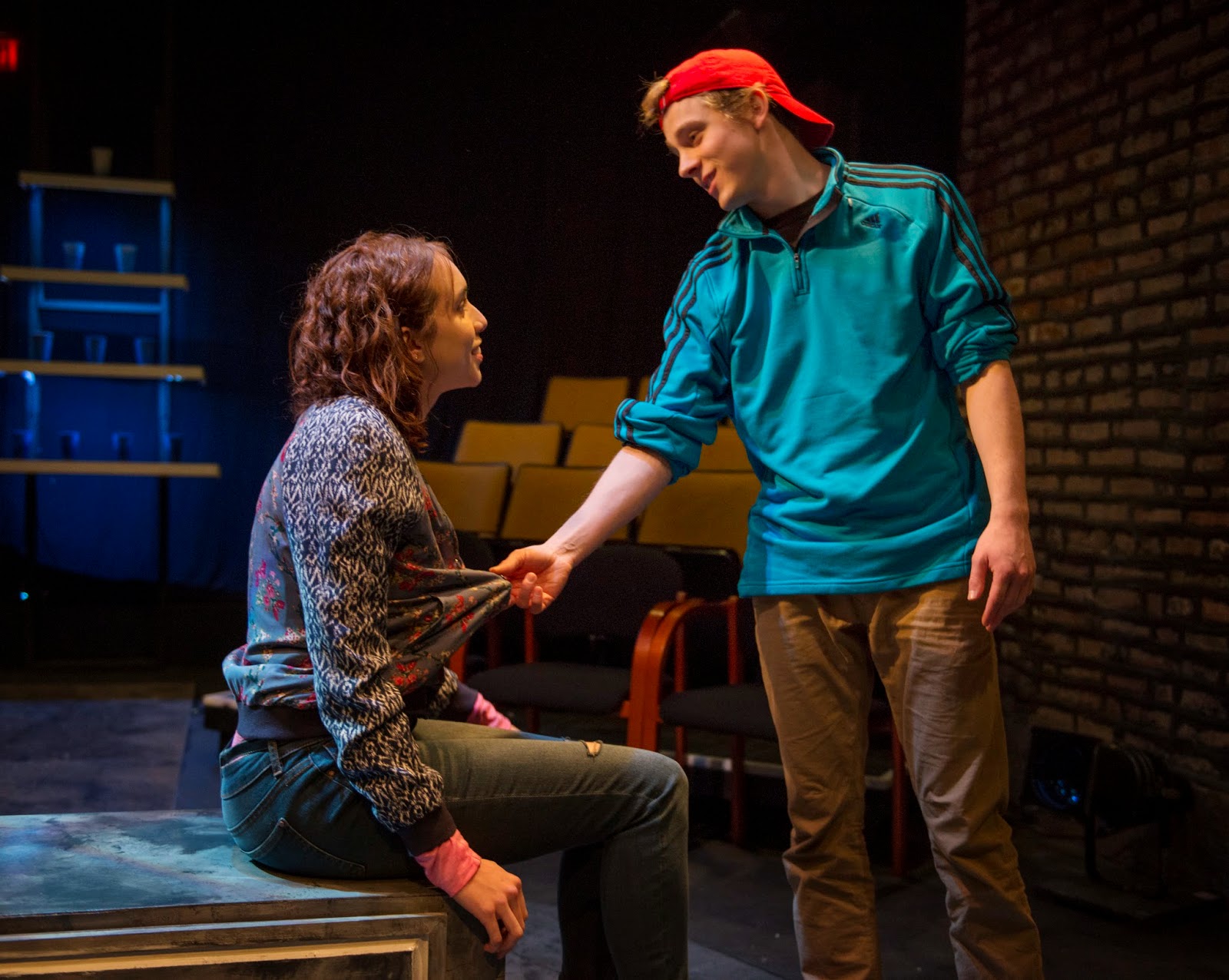 
ChiIL Live Shows will be there for the press opening on Tuesday, so check back for our full review shortly.

Rivendell Theatre Ensemble (RTE), Chicago’s only Equity theatre dedicated to producing new work with women at the core, announces the second production of its 20th Anniversary Season, the world premiere of Look, we are breathing, written by Chicago playwright Laura Jacqmin and directed by Megan Shuchman. The production runs April 2-May 16, 2015, at Rivendell Theatre Ensemble, 5779 N. Ridge Avenue in Chicago.

Those who die young are mourned for their lost potential. But what if Mike, a high school hockey player killed while driving drunk, never really showed much potential? While sorting through their own deeply conflicted feelings in the aftermath of the accident, his mother Alice, his AP English teacher Leticia, and his one-time hookup, Caylee, try to understand who Mike was - and who he might have become. In Look, we are breathing, Chicago playwright Laura Jacqmin turns her unblinking eye on the grieving process as the three most important women in Mike’s life realize that in order to move on, they might first have to confront some hard truths about themselves.

Look, we are breathing was developed at the Sundance Institute Theatre Lab on Governors Island, NYC.

“Over the past 20 years, Rivendell has emerged as a haven for new work with women at the core here in Chicago. When Laura and Megan first approached me with Look, we are breathing, I knew immediately it would be the perfect centerpiece in our 20th Anniversary season as we focused on challenging our own personal biases and took a deep look into what lies behind our default societal perceptions and knee-jerk ideas about right versus wrong,” comments RTE Artistic Director Tara Mallen, who plays Alice. “The opportunity to collaborate with such a dynamic artistic team—and the incredible bonus of having Laura with us in the room developing the script alongside us—seemed an opportunity not to be missed. I am delighted to add Look We Are Breathing to list of world and regional premieres mounted by RTE over the years.”

The Look, we are breathing Production Sponsor is The Elizabeth F. Cheney Foundation.

Pay What You Can: Five seats (10% of the house) are available for each performance. Reservations are made on a first come first served basis.
Flex Pass: $110 ($80 for Student/ Senior/ Active Military/ Veteran)
Includes four tickets to use in any combination for the season.

Parking and transportation: *Free parking is available in the Senn High School parking lot (located a block and a half from the theatre behind the school off Thorndale Avenue). There is limited paid and free street parking in the area and the theatre is easily accessible via the Clark (#22) or Broadway (#36) bus and is a short walk from the Bryn Mawr Red Line El station.

Director Megan Shuchman and playwright Laura Jacqmin have been collaborating for seven years. This represents the fourth world premiere production they have staged in Chicago. (Pluto Was a Planet, Dental Society Midwinter Meeting and Dead Pile)
Laura Jacqmin has a career in television (staff writer, “Lucky 7,” ABC, 2013; story editor, “Grace and Frankie,” Netflix, 2015) and video games ("Minecraft: Story Mode," Telltale Games). She has consistently returned to Chicago to make theater, with the world premieres of Do-Gooder (16th Street Theater) and Ghost Bike (Buzz22 Chicago) in 2014, and now with the world premieres of Look, we are breaking at Rivendell Theater and We’re Going to be Fine at DePaul University.
Jacqmin is one of The Kilroys, a 13-member Los Angeles-based group of playwrights and producers agitating for gender parity in the American theater. Their first action was the release of The List, an industry-nominated list of their favorite unproduced or under-produced plays by women. The story was the subject of a New York Times feature and is continuing to garner attention.

Cast Bios
Brendan Meyer (Mike) is performing at Rivendell Theatre for the first time. His Chicago credits include Lord of the Flies (Steppenwolf Theatre), Julius Caesar (Chicago Shakespeare Theater) and Fallow (Steep Theatre). Other credits include American Buffalo, Alcestis, Romeo and Juliet, and Doctors Dilemma (American Players Theatre). He is a graduate of the Chicago College of Performing Arts.

Brenann Stacker (Caylee) Brenann is making her Rivendell Theatre. Her most recent Chicago credits include Airline Highway at Steppenwolf Theatre, Bedroom Farce at Eclipse Theatre, Under Construction at Jackalope Theatre, Pretty, Smart, Poetic at Odradek Theatre, The Breadwinner at Citadel Theatre and ongoing roles at Walkabout Theatre and Redmoon Theater. Regional credits include The Williamstown Theatre Festival and Double Edge Theatre. TV/film credits include Sirens and films Washed, Persephone and The Origins of Wit & Humor. Brenann earned a BA in Drama at Tufts University and is a graduate of the O'Neill National Theater Institute, the St. Petersburg Theatre Academy and The School at Steppenwolf.

Tara Mallen (Alice) is a founder and the current Artistic Director at Rivendell Theatre Ensemble, now in its 20th season. Most recently she was seen on stage in Rivendell Theatre Ensemble’s Jeff Nominated world premiere production of Rasheeda Speaking. Prior to that she appeared in the Steppenwolf Theatre Company production of How Long Will I Cry: Stories of Youth Violence written by Chicago Journalist Miles Harvey.  For Rivendell, Tara has both produced and acted in over thirty productions as well as a myriad of productions regionally. She received a Joseph Jefferson award for Best Supporting Actress for her portrayal of Gwenyth in WRENS as part of that production’s Jeff-winning ensemble. She was nominated the following year for Best Actress in a Principal Role for her work in My Simple City.

For Rivendell, Tara co-conceived and directed the World Premiere of Women At War, directed the Jeff nominated Midwest premieres of The Electric Baby by Stefanie Zadravec, 26 Miles (in co-production with Teatro Vista); Fighting Words by Sunil Kuruvilla; Psalms of a Questionable Nature by Marisa Wegrzyn; the co-production of Elliot, a Soldier’s Fugue with Stageworks/Hudson in Hudson, NY; and the brief and brilliant Shady Meadows by Lisa Dillman as part of the 2007 Chicago Humanities Festival.

Megan Shuchman (Director) serves as Associate Education Director for Steppenwolf for Young Adults. As a director and dramaturg, she has worked with Goodman Theatre, Northlight Theatre, TimeLine Theatre, American Theatre Company, Chicago Dramatists and Lifeline Theatre and is a proud company member of 2nd Story. Most recently, Megan directed Philip Dawkins’ Jeff Award-winning play, Miss Marx or the involuntary side effect of living with Strawdog Theatre Company and the world premiere of Shayne Kennedy’s Agreed Upon Fictions at 16thStreet Theatre. meganshuchman.com

RTE@20: You Are Here
This year Rivendell Theatre Ensemble turns twenty years old. When it came to planning the 20th season, we found ourselves at a crossroads, reflecting back on the journey so far...and looking ahead to the future. So in honor of this milestone anniversary, we've mapped out three exciting new plays as well as a remount of last season's Jeff-nominated world premiere. Each work explores the tricky topography of personal choice--and the often uncharted biases that drive how–and why–we make our most life-changing decisions.

The previously announced remount of Rasheeda Speaking has been postponed. Tara Mallen explains, “Rasheeda Speaking was scheduled to be remounted at Steppenwolf, where cast member Ora Jones is an ensemble member. Unfortunately Ora has other conflicts this spring so  we look forward to revisiting Rasheeda Speaking again in the future.” 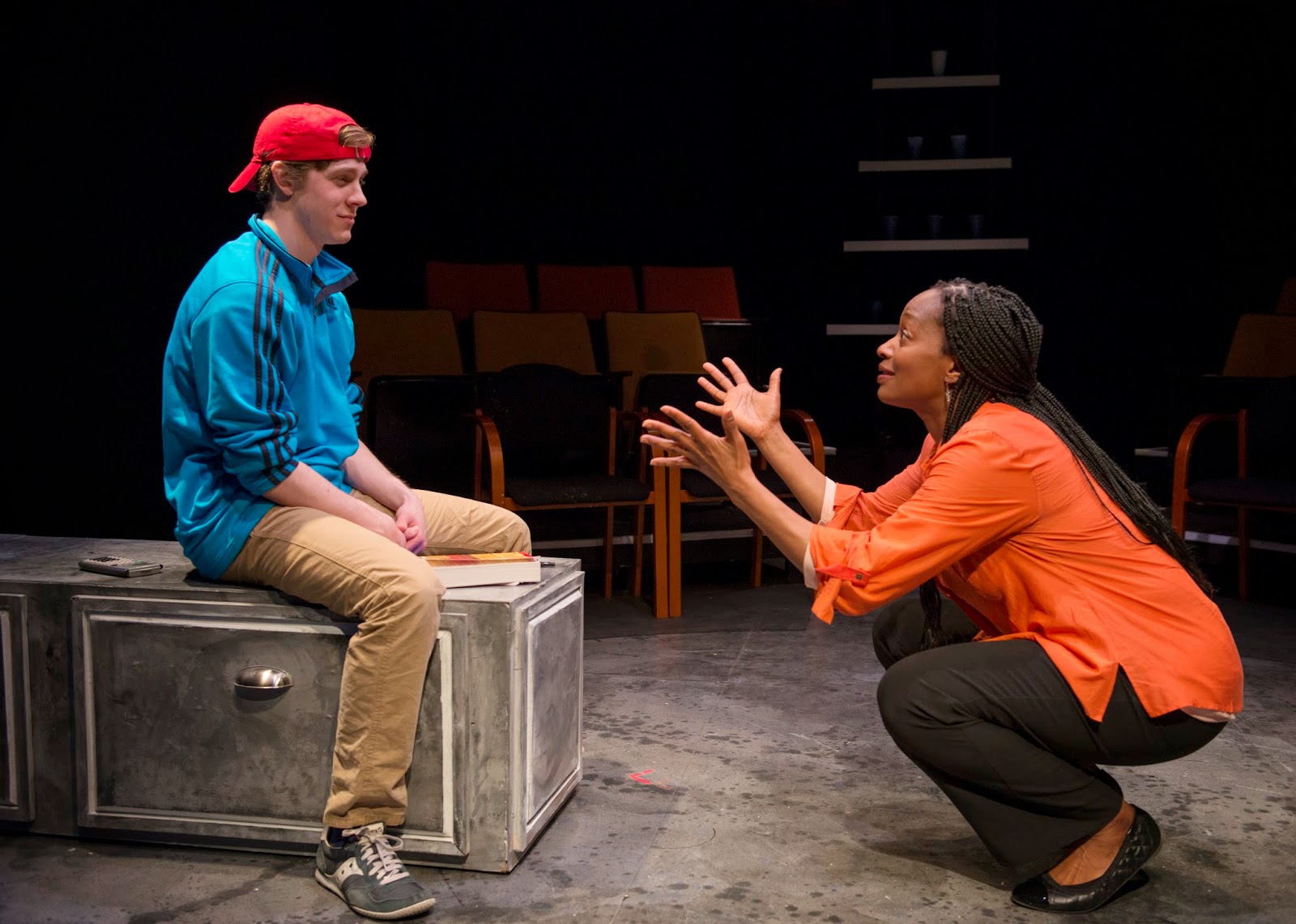 For more information about Rivendell Theater Ensemble, http://rivendelltheatre.org.  Follow RTE on Facebook at Facebook.com/rivendelltheatre and on Twitter @RivendellThtr
Posted by Bonnie Kenaz-Mara at 2:15 PM No comments: