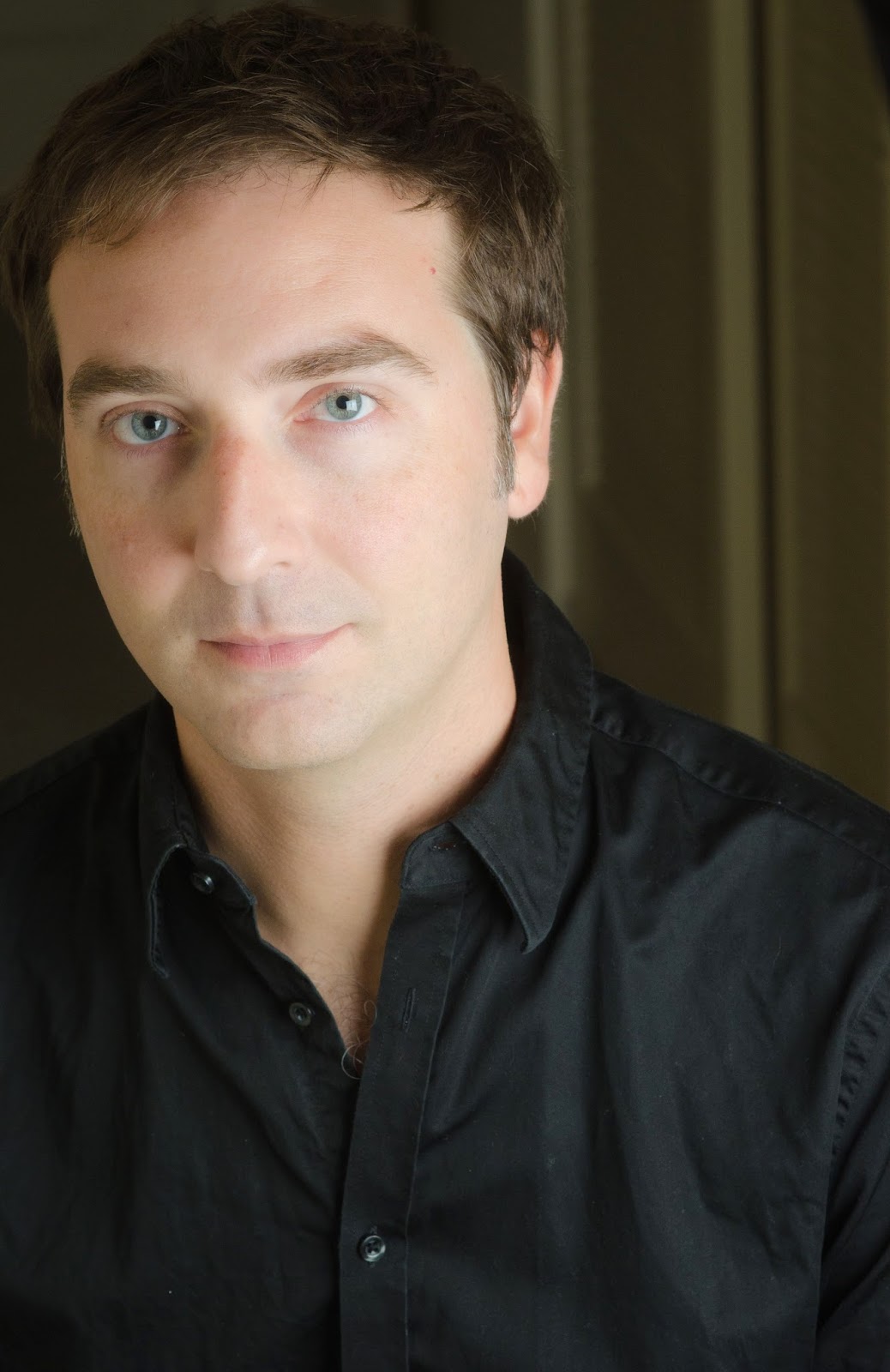 
the World Premiere of Hillary and Clinton by Lucas Hnath, directed by Artistic Director Chay Yew; and the Midwest Premiere of The House That Will Not Stand
by Ensemble Playwright Marcus Gardley, directed by Chay Yew.

"I'm thrilled to welcome old friends and new to our 41st Season at Victory Gardens Theater,” notes Artistic Director Chay Yew. “We kick off next fall with Roy Williams’ Oliver Award-nominated, searing boxing drama Sucker Punch, directed by Dexter Bullard. In November, our Playwright Ensemble alumnus John Logan and director Gary Griffin return to Victory Gardens with a new play classic Never the Sinner, a Chicago courtroom drama about the infamous Leopold and Loeb murder case. Fresh from our IGNITION Festival of New Plays last year, we present the world premieres of Cocked by Chicago playwright Sarah Gubbins and Hillary and Clinton by Lucas Hnath. It is always exciting to see our IGNITION plays make their way to the mainstage. The 2015-16 Season will conclude with the award-winning play, The House That Will Not Stand, by our Ensemble Playwright Marcus Gardley. Featuring some of the finest and boldest voices in the theatre today, these electric and provocative plays promise a continuation of great dialogue with our Chicago audiences about gender and sexuality, gun ownership and violence, crime, race relations and presidential politics as we enter an election year."

It’s the 1980s, Michael Jackson rules the radio waves and Conan the Barbarian is the box office king at the movies. Aspiring black boxers, Leon and Troy, both have promising futures in the ring. When race riots explode in their London neighborhood, these two friends are forced to make a tough decision. Years later, they square off, facing each other and the men they have become. An electric knockout, the much lauded and award-winning playwright Roy Williams' Sucker Punch takes an unflinching look at family, friends and the world of boxing.

Chicago, May 21, 1924 – Two handsome and wealthy college students, Nathan Leopold and Robert Loeb, are accused of violently murdering a 14-year-old boy. Are these two successful men capable of murder? What demons could drive this pair to commit such a brutal act? Never the Sinner, a suspenseful courtroom drama from Victory Gardens’ Playwrights Ensemble Alumnus John Logan (The Last Ship and Tony Award for Red on Broadway) and directed by Gary Griffin (The Color Purple on Broadway, Appropriate), explores a complex and twisted relationship between two men in search of passion and intellect.

Attorney Taylor and her journalist girlfriend Izzie live a comfortable life in Andersonville. Their apartment, relationship and strong anti-gun beliefs are shattered when Taylor’s troubled brother Frank crashes, uninvited, into their lives. As secrets and betrayals rise to the surface, the line between self-defense and safety is blurred. Cocked, a timely world premiere thriller from Chicago playwright Sarah Gubbins and directed by Victory Gardens’ Associate Artistic Producer Joanie Schultz (Rest, The Whale), returns to Victory Gardens after gripping audiences at the 2014 IGNITION Festival of New Plays.

The World Premiere of
Hillary and Clinton
By Lucas Hnath
Directed by Artistic Director Chay Yew
April 1 - May 1, 2016

Imagine that in an alternate universe, very much like our own, is another world where a woman named Hillary is trying to become president of a country called the United States of America. In a hotel room in New Hampshire in 2008, Hillary is poised to lose her last Primary Election. When her husband Bill arrives in the middle of the night to offer support, he turns the campaign upside down. Fresh from the IGNITION Festival of New Plays, Lucas Hnath’s Hillary and Clinton is a fast-paced, no-holds-barred glimpse into a political storm of another world. Chay Yew directs Hnath’s 2008 Primary Election fantasy, exploring the extraordinary sacrifices one is willing to make in order to gain ultimate power.

The Midwest Premiere of
The House That Will Not Stand
By Ensemble Playwright Marcus Gardley
Directed by Chay Yew
June 10 - July 10, 2016

Victory Gardens’ Ensemble Playwright Marcus Gardley (An Issue of Blood, The Gospel of Lovingkindness) returns with another stirring portrait of historic America. This time Gardley unearths a story of 1836 New Orleans where free women of color are permitted to enter into common-law marriages with wealthy white men. The home and life that Beartrice has built for herself and three daughters, on a foundation of money, freedom and secrets, threatens to collapse after her husband mysteriously dies. Told through Gardley’s signature poetic voice and directed by Chay Yew, The House That Will Not Stand is a powerful and bewitching family drama filled with desire, jealousy, murder and voodoo.

Subscriptions
Subscriptions start at just $80 for the 5-play Season plus access to resident theater productions, many rental company productions, and all additional public programming at the theater. Subscriptions will be on sale March 18 at www.victorygardens.org and by phone at the Victory Gardens Box Office at The Biograph, 2433 N. Lincoln, 773.871.3000.

Victory Gardens Theater is located at 2433 N. Lincoln Avenue, in the heart of Chicago’s Lincoln Park neighborhood. Benefits of subscribing include convenient parking; easy access via CTA, ticket exchange privileges; invitations to special events; discounted series for seniors, educators, younger audiences and persons with disabilities and pre- and post-show deals at nearby restaurants and businesses.

About Victory Gardens Theater
Under the leadership of Artistic Director Chay Yew and Managing Director Christopher Mannelli, Victory Gardens is dedicated to artistic excellence while creating a vital, contemporary American Theater that is accessible and relevant to all people through productions of challenging new plays and musicals.  With Victory Gardens’ first new Artistic Director in 34 years, the company remains committed to the development, production and support of new plays that has been the mission of the theater since its founding, continuing the vision set forth by Dennis Zacek, Marcelle McVay, and the original founders of Victory Gardens Theater.

Victory Gardens Theater is a leader in developing and producing new theatre work and cultivating an inclusive Chicago theater community. Victory Gardens’ core strengths are nurturing and producing dynamic and inspiring new plays, reflecting the diversity of our city’s and nation’s culture through engaging diverse communities, and in partnership with Chicago Public Schools, bringing art and culture to our city’s active student population.

Since its founding in 1974, the company has produced more world premieres than any other Chicago theater, a commitment recognized nationally when Victory Gardens received the 2001 Tony Award for Outstanding Regional Theatre. Located in the Lincoln Park neighborhood, Victory Gardens Biograph Theater includes the Zacek-McVay Theater, a state-of-the-art 259-seat mainstage and the 109-seat studio theater on the second floor, named the Richard Christiansen Theater.

Posted by Bonnie Kenaz-Mara at 12:51 PM No comments: