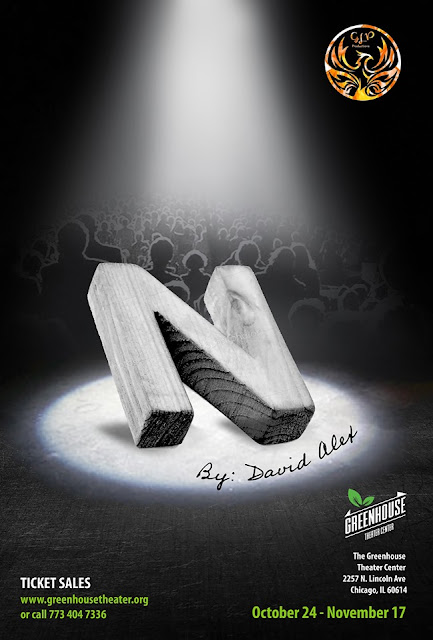 I'll be ChiILin' at Chi, IL's Greenhouse Theater Center for the press opening of the world premiere of David Alex’s political drama, N, later this month. Check back soon for my full review. David's not only a prolific, Chicago based playwright with fourteen full-length and eighteen one-acts plays to his credit, but he's also a frequent fixture at theatre openings. I'm eager to finally see one of his scripts brought to life in a Chicago production.

Greenhouse Theater Center and GLP Productions are pleased to present the world premiere of David Alex’s political drama N, directed by TaRon Patton, playing October 24 – November 17, 2019 in The Greenhouse Theater Center’s Upstairs Studio, 2257 N. Lincoln Ave. in Chicago. Tickets are currently available at greenhousetheater.org, in person at the box office or by calling (773) 404-7336. The press openings are Saturday, October 26 at 7:30 pm and Sunday, October 27 at 3 pm. 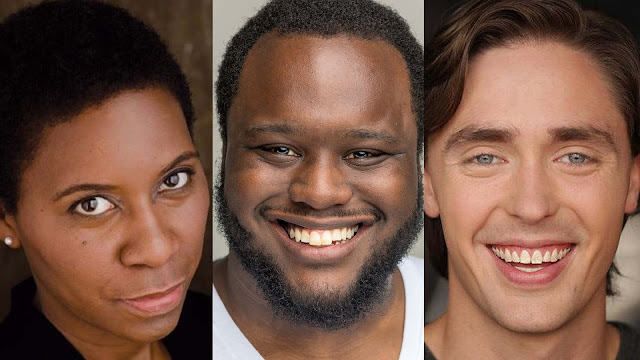 Mrs. Page is a 70-year-old, African-American widow; a passionate political conservative who campaigned for Barry Goldwater and strong admirer of Supreme Court Justice Clarence Thomas. Her guilt for a personal decision involving astrology led her to the decision to never leave her home again. Eddy, a liberal young white struggling actor, is her caregiver. He is cast in show that is a career maker for him. During the rehearsal process the playwright adds the N-word to the script. Eddy is repulsed by what he considers the offensive and destructive nature of the N-word and refuses to say it – ever, including on stage. Mrs. Page and Eddy learn something from each other and as well as about themselves while Eddy struggles to remain the person he hopes to be. N challenges us to look at the role society has played in shaping our personal, and thus, our national attitudes and prejudices.

Comments Director TaRon Patton, “This story is a great way to approach this very delicate topic with a focal lens of humanity versus history.”

N was given a staged reading in one of DePaul University’s Black History Month Celebrations and was a semi-finalist in the National Arts Club Playwrights First Competition.

About the Artists
David Alex (Playwright) has written fourteen full-length and eighteen one-acts plays. He has received three grants from the Illinois Arts Council and one from the Pilgrim Foundation, an award for plays that deal with issues of moral significance. Full-length productions include Eroica, Azusa Productions i/a/w Redtwist Theatre; Ends, an African-American Theatre Festival Award Winner (Univ. of Louisville), New Jersey Repertory Company and Bowen Park Theatre Company; Adrift, Azusa Productions; Corpus Delicti, MadKap Productions; Onto Infinity, Azusa Productions and Bowen Park Theatre Company, By the Rivers of Babylon, Chicago Playwrights Center. Dramatic Publishing has published two of his plays. He is a member of the Dramatists Guild. www.davidalex.net.

GLP Productions is a Chicago-based arts investment and production company that nationally produces theatrical new works and independent film. The GLP mission is to support artists in reaching their dreams through direct investments or management. Film credit: Road to Freedom and the web series Misty Tanner.
Posted by Bonnie Kenaz-Mara at 3:04 PM No comments: