ChiIL Live Shows and New Release On Our Radar 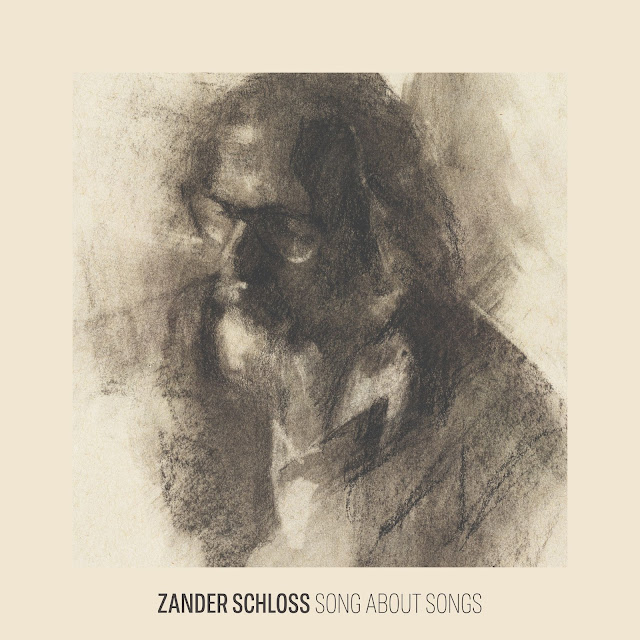 Here at ChiIL Live Shows we've dug the Circle Jerks for decades and were happy to see them playing Riot Fest in Chicago last fall. They're back out on tour again and shows are selling out fast. Still, even punks have a mellow side and we're thoroughly enjoying Zander Schloss's melodic new release too. Check it out!

Zander Schloss has released his long-awaited debut solo album Song About Songs via Blind Owl Records. The album marks the beginning of a new chapter for the longtime Circle Jerks bassist and known Joe Strummer collaborator, who calls the album his “polar opposite version of punk rock.”

Schloss has also shared the music video for the recent single “Dead Friend Letter” with Under The Radar saying, “‘Dead Letter Friend’ initially appears as one of the record’s sunnier arrangements, tinged with warm melodicism, pastoral harmonies, and a stark, intimate vocal style from Schloss. Yet, beneath the welcoming fingerpicking and gentle melodic lull, Schloss explores dark lyrical territory, tracing the outline of a man’s suicide letter and his final goodbyes. The resulting track is stark and simple, but hits like a startling gut-punch, painting a sincere and heart-rending character portrait.”

The singles leading up to Song About Songs have been praised by many including BrooklynVegan who called “Dead Friend Letter,” “a lovely dose of early '70s style folk rock,” and Atwood Magazine who did a deep dive into “I Have Loved The Story Of My Life,” (which singer-songwriter Bedouine makes an appearance on) saying, “The song touches on themes of gratitude, on sentimentality, on magic, and on memories and paints such a vivid tale in both its lyrics and its video presentation. It details the life of one who’s lived so widely and experienced such a great deal.”

There was also plenty of excitement around the release of the title track which Northern Transmissions dubbed Song of the Day, and was further praised by Punktuation!, antiMusic, Ghettoblaster, and Blabbermouth among others. Schloss also recently appeared on Damian Abraham’s (of Fucked Up) podcast Turned Out A Punk. 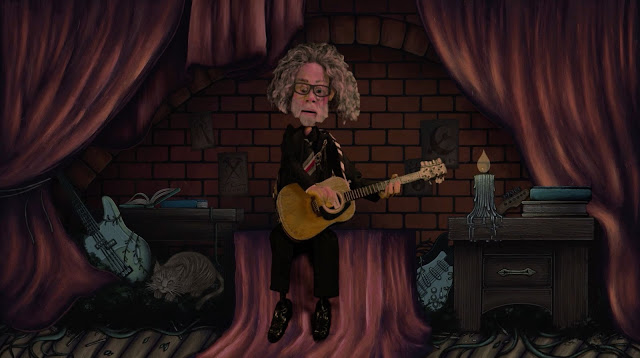 The “I Have Loved The Story Of My Life” music video features uncanny marionettes of Schloss from the many different phases of his life, including his acting roles in numerous Alex Cox films, his time working with Joe Strummer, playing bass with the Circle Jerks and Weirdos, all leading up to present-day Zander Schloss. WATCH HERE

Schloss has an impressive résumé that includes his featured acting performance alongside Harry Dean Stanton and Emilio Estevez in Alex Cox’s 1984 cult classic feature Repo Man; work on the soundtracks for Cox’s later films Sid & Nancy, Straight to Hell, Walker; and Highway Patrolman. He is well known as touring musical director and guitarist for Joe Strummer of the Clash, with performances on Strummer’s first solo single “Trash City” and album Earthquake Weather. He also has appearances on record with Low & Sweet Orchestra, Magnificent Bastards, Thelonious Monster and in concert with the Weirdos. In 2021-22, he will be seen on stage during the Circle Jerks’ pandemic-delayed 40th anniversary tour.

But Song About Songs, which features the Los Angeles-based performer as singer, guitarist, and writer of nine striking original compositions, displays a revelatory new aspect of his work. It will surprise listeners accustomed to hearing Schloss in an aggressive hardcore format, but the St. Louis-born musician notes that his early musical inspirations came from a distinctly different realm.

As Veteran Los Angeles music journalist and critic Chris Morris writes in the album’s liner notes, “Played tenderly, with a striking intimacy, the subtle and affecting material on Song About Songs may well come as a surprise to listeners who know Zander Schloss only from three decades of bash-it-out work with the Circle Jerks and other punk units….Here, we get a long overdue look at a hitherto unheard side of his musical personality. It bears the thrill of discovery.”

Schloss is currently on the road with the Circle Jerks for their pandemic-delayed 40th anniversary tour. See full list of dates here: https://www.circlejerks.net/tour

6. I Have Loved The Story Of My Life (featuring Bedouine)