OPENING: Court Theatre continues 64th Season with For Colored Girls Who Have Considered Suicide/When the Rainbow Is Enuf March 14 – April 14, 2019

I'll be ChiILin' with Chi, IL's Court Theatre for the press opening Saturday, March 23rd, so check back soon for my full review.

A sisterhood of eight women tell their stories through dramatic prose poetry, music, and movement. Told in vivid language, their experiences resound with fearless beauty and unity, despite exposing the unending challenges and oppressions that women of color face every day.

Director Seret Scott (Native Son) returns to playwright Ntozake Shange’s cherished work after performing as a member of the original Broadway cast from 1976-1978. She will inspire new audiences with this series of stories that still resonate profoundly forty years later.

"When we selected Ntozake Shange's For Colored Girls Who Have Considered Suicide/When the Rainbow Is Enuf for our season, we knew it was cherished. We’ve come to understand this depth of feeling even more clearly as we’ve heard from our patrons over the past months. With this production, it seems we’re offering something that actually belongs to our community. We are so thrilled to be sharing Shange's powerful words in a city and at a moment when its messages of hope, resilience, and empowerment are needed more than ever,” notes Charles Newell, Marilyn F. Vitale Artistic Director.

MELODY ANGEL (Lyric/Additional Music) was recently named one of 2018’s HOT New Faces of Chicago Theatre by Chris Jones at the Chicago Tribune. She made her theatre debut at Goodman Theatre in the highly rated production of Father Comes Home From the Wars by Pulitzer Prize-winner Suzan-Lori Parks. Melody’s performance led her to star in the short film Knockout by Alley Cake Films, for the 48 Hour Film Project (Chicago). This short film went on to win best film, and will now be a part of the International Film Festival Filmapalooza 2019. Melody Angel is also a singer/songwriter/guitarist, who has performed all over the world with her “Blues-Rock-Soul.”

LEAH CASEY (Lady in Purple/Choreographer) is a Chicago-based performer. She was most recently seen on Court Theatre’s stage in Manual Cinema’s Frankenstein as Mary Wollstonecraft, Percy Shelley, and Caroline Frankenstein. Some of her previous credits include Romeo and Juliet with Teatro Vista, and STORM with Walkabout/Moonfool. When not onstage, Leah can be found behind the mic narrating audiobooks, or working with the cast of Project STELLAR, a science fiction podcast.

MELISSA DUPREY (Lady in Blue) is an actor, stand-up comic, activist, playwright, and musician from Humboldt Park, Chicago. She has 3 critically acclaimed solo shows with two more in development. Her play Brujuja is an official selection of 16th Street’s 2019 Pop Up Reading Series. She was a new talent for the 2014 ABC Diversity Showcase in NYC. She is featured in the Emmy-nominated web series, “Brown Girls,” in development with HBO. She has multiple credits in TV and Film. She has been seen at The Goodman, Steppenwolf, Victory Gardens, Free Street Theater, and is honored to be making her Court Theatre debut. She is an Ensemble Member at Urban Theater Company, and the Director of Production and Community Relations at Free Street Theater.

ANGELICA KATIE (Lady in Green) After receiving her degree in Theatre Performance from Bradley University, Angelica has spent her acting career in LA, NYC, and at the Williamstown Theatre Festival in Williamstown, MA. She was most recently seen off-Broadway in the premiere of The Parlour at The Rattlestick Theatre in NYC. Angelica is making her Chicago debut in the city where she was born and raised.

beyond the rainbow: Court Community Conversations
In conjunction with the play, Court will be hosting a series of community-focused events to engage new audiences with this classic from the African American canon.

beyond the rainbow: Court Community Conversations features a number of exciting opportunities for audiences to engage further with the central themes of the play. Planned events include a reading of Boogie Woogie Landscapes, another work by seminal playwright Ntozake Shange, as part of Court’s Spotlight Reading Series, on March 8 at 6:30pm at Experimental Station in Woodlawn. beyond the rainbow will also feature a number of post-performance conversations, panel discussions, and a night of poetry and storytelling open to the community.

For Colored Girls Who Have Considered Suicide/When the Rainbow Is Enuf’s lead sponsor is Poetry Foundation, with additional support from The Sidley Austin Foundation. 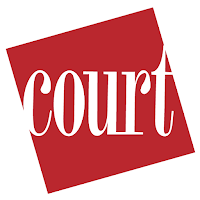 Court Theatre is the professional theatre of the University of Chicago, dedicated to innovation, inquiry, intellectual engagement, and community service. Functioning as the University’s Center for Classic Theatre, Court and its artists mount theatrical productions and audience enrichment programs in collaboration with faculty. These collaborations enable a re-examination of classic texts that pose the enduring and provocative questions that define the human experience. Court endeavors to make a lasting contribution to classic American theatre by expanding the canon of translations, adaptations, and classic texts. The theatre revives lost masterpieces; illuminates familiar texts; explores the African American theatrical canon; and discovers fresh, modern classics. Court engages and inspires its audience by providing artistically distinguished productions, audience enrichment activities, and student educational experiences.
Posted by Bonnie Kenaz-Mara at 12:42 PM No comments: