Xoe Wise-Archive of Illusions Out Tomorrow 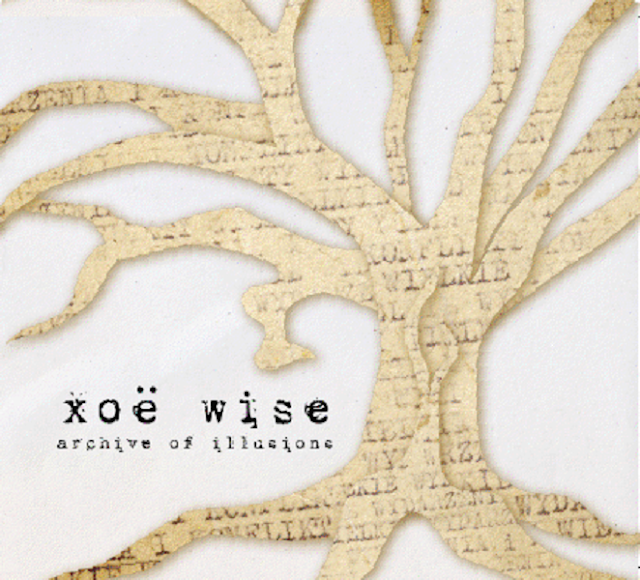 Xoe means life in Greek (whether they called themselves Greeks or not), and with a last name like wise, Chicago singer-songwriter Xoe Wise has a lot to live up to.   Her sophomore album,
Archive of Illusions, does not disappoint.   The album will be officially released tomorrow, May 1.   You can check out her insightful lyrics here.

We're pretty enamored with her poetic word play and imagery.   The depth and intensity of her lyrics and her sweet, evocative vocals belie her age.   Check out the following excerpts:

Glow in the Dark

Xoe Wise has toured nationally with fellow Chicagoan Matt Ryd and has
opened for Greg Laswell, John Legend, Colbie Caillat and Lisa Loeb. Check in with ChiIL Live Shows like we vote in Chi, IL...early and often.   We'll have details on her summer record release party, as soon as they're available.

Picking up the guitar at five years old, Xoe and her younger sister wrote their first song for their sick baby goat.
From a small town on the ocean in NC to a brief period in Michigan she
continued to pursue music and now is based in Chicago, IL.

She entered the Chicago music scene in 2009 collaborating with Ethan
Stoller. Stoller has contributed music to the DVD featurettes and promo
materials of several major Hollywood films, including V for Vendetta
(film), Ninja Assassin, Sherlock Holmes and more.  Xoe released her
first album Echo that October.

After growing in the Chicago music scene and simply growing up, her
music has taken on a dreamy folk tone drawing comparisons to a female
Bon Iver with her 6 piece band selling out shows in Chicago. She
has been heard at venues from Hotel Cafe in CA to Hard Rock in
Nashville. She has been supporting acts with artists Lisa Loeb, Greg
Laswell, John Legend, and Colbie Caillat.

Microsoft scooped Xoe up when opening their IL store now helping sponsor her 25 stop US tour.  Xoe
continues to rise to the top MTV-ourstage.com charts winning pop
categories, and having been featured multiple times. Chicago Innerview
recognizes Xoe as "easily the singer/songwriter and pop counterpart to
Columbia native Chaz Bundick’s (a.k.a. Toro Y Moi) laconic chill-wave
synth ballads. Both share an evanescent “dreaminess,” as if washing in
the aquamarine surf of their native environs.

On Wise’s first album, Echo, simple guitar and keyboard arrangements back
up almost deliquescent vocals and lyrics tinged with starry-eyed
romanticism." While Chicago Redeye states "the song as something of a
spiritual accident."  Xoe Wise has played the Korean festival with 3000+
audience, as well as Oakland arena in MI for the Miracles for Life
benefit show alongside Rolling stone featured band Jamestown Revival.

Posted by Bonnie Kenaz-Mara at 12:43 PM No comments: 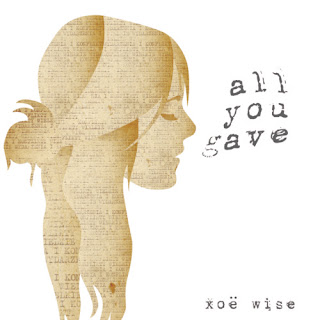 Check it out!   ChiIL Live Shows has a gorgeous, free single for you.  Chicago singer-songwriter Xoe Wise is dropping the first single from her upcoming Archive of Illusions today, March 6.The single, “All You Gave,” is available for free download at http://blog.xoewise.com/allyougave!


Archives of Illusion will be released on Tuesday, May 1 and Xoe will be performing live on WGN-TV on Friday, May 25. Her record release show is tentatively scheduled for Tuesday, May 29 @ Schuba’s.
Posted by Bonnie Kenaz-Mara at 8:19 AM No comments: