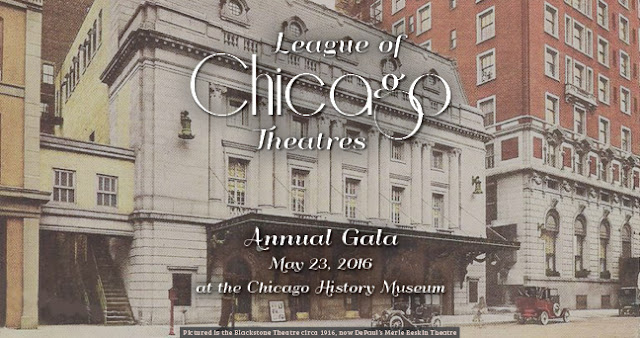 About Chicago theatre
Chicago theatre is the leader in the U.S. with more than 250 theatres throughout Chicagoland, comprising a rich and varied community ranging from storefront, non-union theaters to the most renowned resident theatres in the country, including 5 that have been honored with Regional Tony Awards, and the largest touring Broadway organization in the nation. Chicago’s theatres serve 5 million audience members annually and have a combined budget of more than $250 million. Chicago produces and/or presents more world premieres annually than any other city in the nation. In 2015-16 alone, Chicago theatre companies produced more than 100 world premiere productions and adaptations. Each year, Chicago theatres send new work to resident theatres across the country, to Broadway, and around the world.
About the League of Chicago Theatres
The League of Chicago Theatres is an alliance of theatres which leverages its collective strength to promote, support, and advocate for Chicago's theatre industry locally, nationally, and internationally. The League of Chicago Theatres Foundation is dedicated to enhancing the art of theatre in the Chicago area through audience development and support services for theatres and theatre professionals.  For more information, www.chicagoplays.com.
Posted by Bonnie Kenaz-Mara at 6:30 PM No comments: