London alternative, post punk band, Savages, are a genuine stand out in a sea of mediocrity.   They have a fantastic look, talent to back it, and a stage presence that belies their youth.  Their debut, Silence Yourself, has been garnering all kinds of acclaim, but they truly shine live.  They've been around since 2011 but are now gaining an international following.  On 9 December 2012, the BBC announced that the band had been nominated for the Sound of 2013 poll.  Their debut album hit #19 on the UK charts in May of 2013.
Highly recommended! 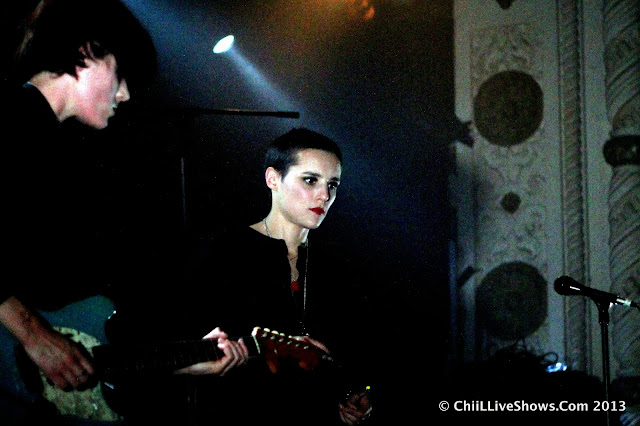 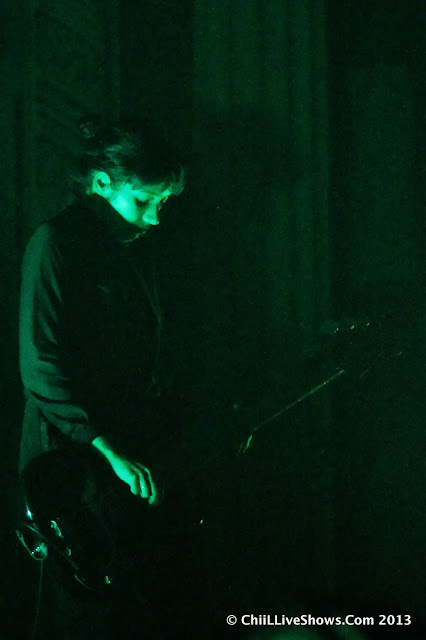 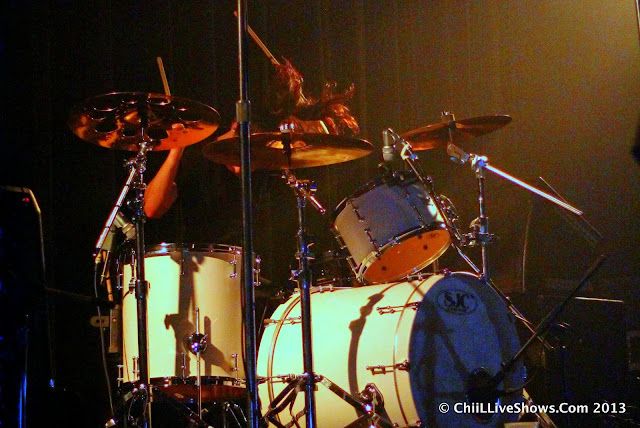 Fay goes nuts on the drums with energy and passion reminiscent of her early garage band days. 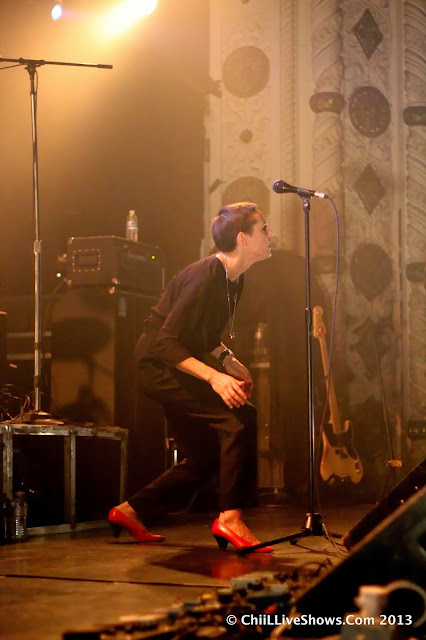 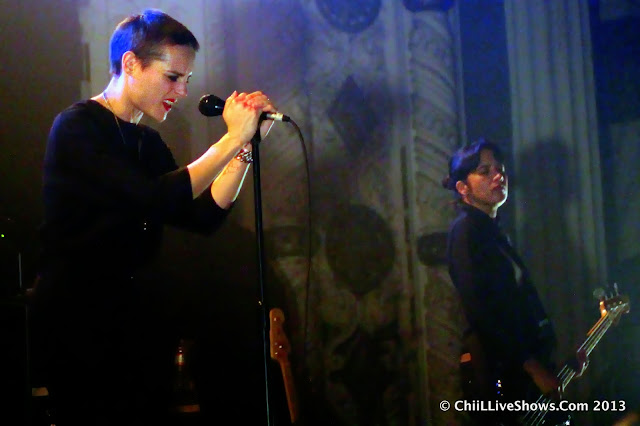 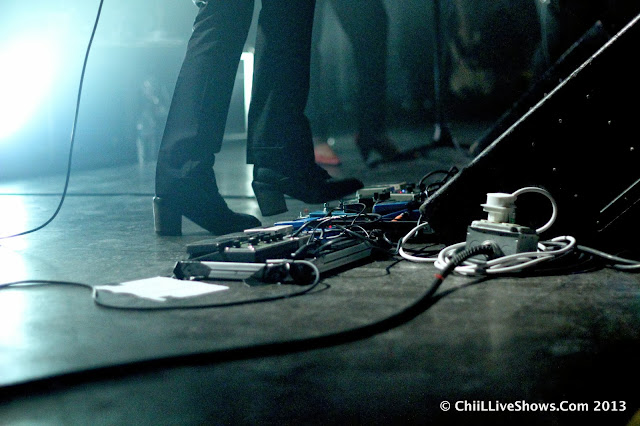 We caught their recent appearance at The Metro in Chicago and they truly killed it.   Their lyrics are some of the deepest, most insightful truths I've heard in a long while.  Their vocals and music are reminiscent of Siouxsie Sioux, Sonic Youth, PJ Harvey, Joy Division and Bauhaus, yet they retain a unique, new sound that keeps them from coming across as derivative. 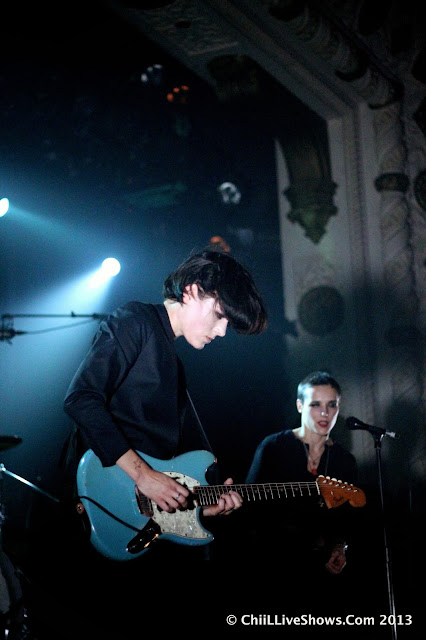 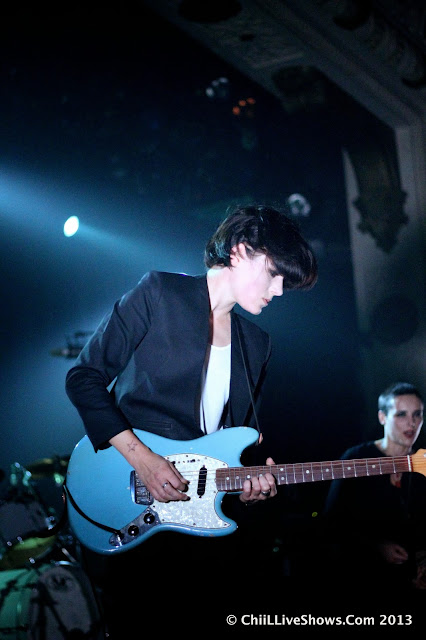 Not just boys fun.   This powerhouse band of women is androgynous, sexy and talented, with insight to spare.   We know the vibrato is not everyone's cup of tea, but we dig it!   Lead singer Jehnny Beth (given name: Camille Berthomier) is from France,  and the rest of the band is from England.  Their manager John Best also manages Sigur Ros.

We highly recommend checking them out. Thousands of band, pitches and promos come across our screen every week, but it's been a long time since I was this jazzed about new talent.   They rocked Pitchfork and Coachella Music and Arts Fest 2013 and have been selling out venues throughout the US and Europe.


Check out a few of their videos here.


Their first release, Silence Yourself, is available now via Beth's own label Pop Noire and Matador Records (released on 6 May 2013), 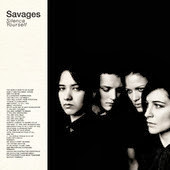 We also think they're absolutely on track with Silence Your Phones and Silence Yourself.    There's no lack of information in society today, but people are losing the ability to be entirely, deeply in the moment, without the distractions of technology.

SILENCE YOURSELF
THE WOLRD USED TO BE SILENT
NOW IT HAS TOO MANY VOICES
AND THE NOISE IS A CONSTANT DISTRACTION
THEY MULTIPLY, INTENSIFY
THEY WILL DIVERT YOUR ATTENTION TO WHAT’S CONVENIENT
AND FORGET TO TELL YOU ABOUT YOURSELF
WE LIVE IN AN AGE OF MANY STIMULATIONS
IF YOU ARE FOCUSED YOU ARE HARDER TO REACH
IF YOU ARE DISTRACTED YOU ARE AVAILABLE
YOU ARE DISTRACTED
YOU ARE AVAILABLE
YOU WANT FLATTERY
ALWAYS LOOKING TO WHERE IT’S AT
YOU WANT TO TAKE PART IN EVERYTHING AND EVERYTHING TO BE A PART OF YOU
YOUR HEAD IS SPINNING FAST AT THE END OF YOUR SPINE UNTIL YOU HAVE NO FACEAT ALL
AND YET
IF THE WORLD WOULD SHUT UP
EVEN FOR A WHILE
PERHAPS
WE WOULD START HEARING THE DISTANT RHYTHM OF AN ANGRY YOUNG TUNE – AND RECOMPOSE OURSELVES
PERHAPS
HAVING DECONSTRUCTED EVERYTHING
WE SHOULD BE THINKING ABOUT PUTTING EVERYTHING BACK TOGETHER
SILENCE YOURSELF 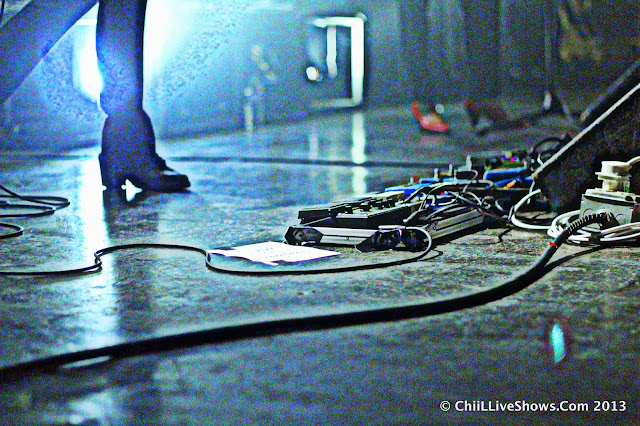 Check out Savages "manifestos" from their web site.

SAVAGES MANIFESTO #2
SAVAGES is not trying to give you something you didn’t have already, it is calling within yourself something you buried ages ago, it is an attempt to reveal and reconnect yourPHYSICAL and EMOTIONAL self and give you the urge to experience your life differently, your girlfriends, your husbands, your jobs, your erotic life and the place music occupies in your life. Because we must teach ourselves new ways of POSITIVE MANIPULATIONS, music and words are aiming to strike like lightning, like a punch in the face, a determination to understand the WILL and DESIRES of the self.
This album is to be played loud in the foreground.

I AM HERE MANIFESTO
IN OUR MODERN WORLD, MAN ASSIDUOUSLY ABANDONS HIS LIFE TO PRACTICAL NECESSITIES AND HIS IMAGINATION TO SLAVERY. MANIPULATIONS AND FEARS –MANIPULATION BY FEAR – ARE METED OUT TO YOUNG, INTELLIGENT AND RADICAL PEOPLE WHO YIELD TO THE PRESSURE OF ACCEPTED PRACTICES AND MANY AGE-OLD SERVITUDES. THE ELDER GENERATION HASN’T COME TO WARN THEM: EACH OF THEM CAME TO TELL ABOUT THEMSELVES. EACH ONE TO TELL HOW THEY HAD EATEN, HOW THEY HAD SLEPT, HOW THEY HAD IMPORTANT ORGASMS, IMPORTANT CHILDHOODS AND DREAMS. BECAUSE AN HONEST LIFE IS ADVERTISED AS A LIFE OF SILENCE, NORMALITY AND DULL CONCEIT. ART IS STULTIFIED. LOVE A PRIVILEGE. AND IN THE VICINITY OF OUR MOST SPLENDID CREATIVE YOUTH, IT IS STRONGLY ADVICE TO KEEP OUR MOUTH SHUT IF WE WANT TO SUCCEED. 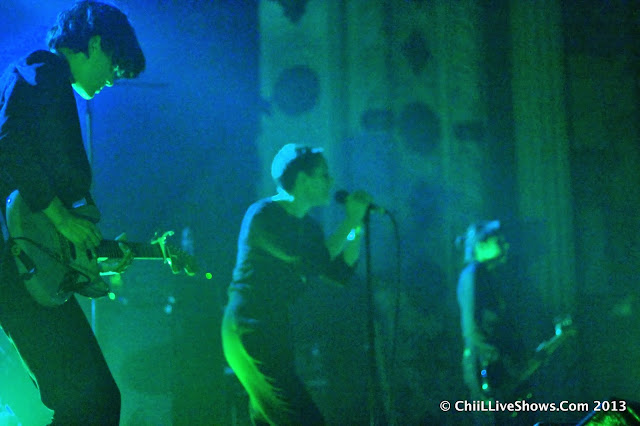 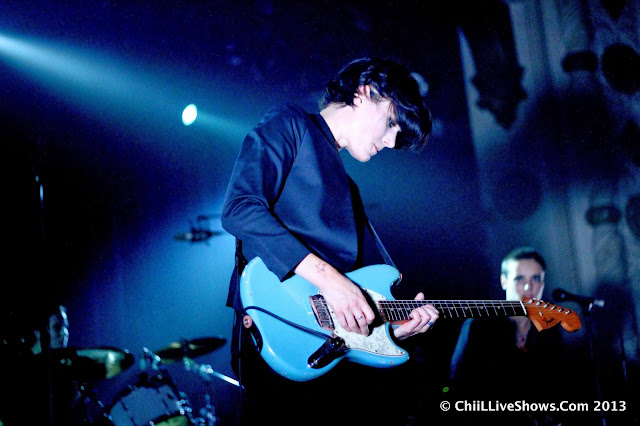 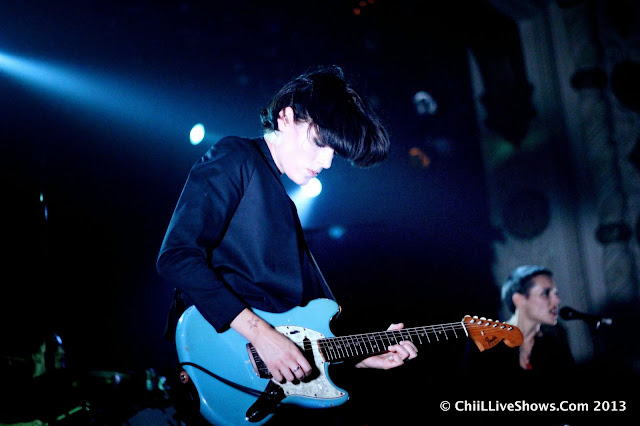 Posted by Bonnie Kenaz-Mara at 10:09 AM No comments: