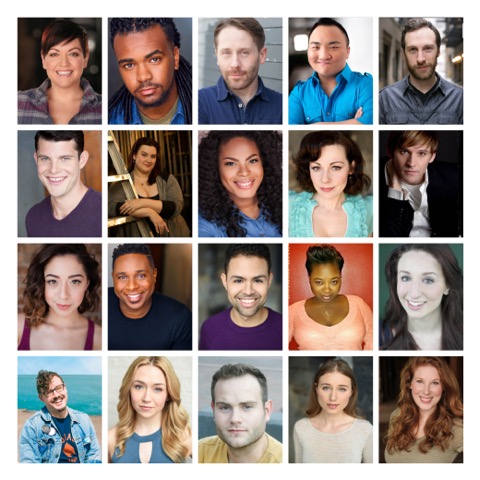 Jeff Award-nominee and HIV+ director/producer Christopher Pazdernik is pleased to announce the 4th annual Chris’s Birthday Belt Fest, a benefit concert for Howard Brown Health, Monday, May 14 at 8 p.m. at Uptown Underground, 4707 N. Broadway. Tickets are $30, in advance; $40, at the door on the night of the performance, and are available at uptownunderground.net or by calling 773.867.1946. Uptown Underground is a 21 years old and older venue and advance reservations are strongly recommended.

Pazdernik’s journey with Howard Brown Health began in 2009, when he was diagnosed HIV+. He has been receiving his treatments at Chicago’s health and wellness center ever since and has even become the Community Advisory board chairperson. In 2015, Pazdernik was looking for a way to give back to Howard Brown Health and raise much needed funds for the organization. As a popular and respected member of Chicago’s theater community, Pazdernik asked his friends - who happen to be many of Chicago’s leading talents – to donate their time and celebrate his birthday singing high-energy songs from musicals with 100% of the ticket proceeds going directly to Howard Brown Health and Chris’ Birthday Belt Fest was born. Since its inception four years ago, Belt Fest has raised more than $5,000 for Howard Brown and each year the concert’s audience and amount raised has increased.

About Howard Brown Health
Founded in 1974, Howard Brown Health is one of the nation's largest health care and research organizations, primarily serving the lesbian, gay, bisexual, and transgender (LGBTQ) community and its allies. It is the largest such organization in the Midwest and serves adults youth and children throughout the region. An innovative and patient-centered health home, Howard Brown provides primary medical care, behavioral health services, and specialty chronic and infectious disease services, and conducts nationally renowned clinical and behavioral research.

About Christopher Pazdernik
Christopher Pazdernik is a director/choreographer with "a near encyclopedic knowledge of musicals" (Newcity). He is best known for the critically acclaimed production of High Fidelity (Jeff Awards for Best Director and Best Production of a Musical) at Refuge Theatre Project, where he also serves as artistic director. Recent credits include Carrie (Ohio Northern University), Wicked City (Chicago Theatre Workshop), Planted (Chicago Musical Theatre Festival), Make Me a Song (Eclectic Theatre Co.) and Story of A Story (The Untold Story) (Underscore Theater Co.). He is also a frequent cabaret director and curator including Broadway's Cult Classics at Davenport's Piano Bar and the His & His series at Pride Films & Plays.  At Porchlight Music Theatre, Pazdernik is a proud artistic associate, and serves as company manager and casting associate and has directed, choreographed and assistant directed many productions. An openly HIV+ artist, Pazdernik was a 2016 Windy City Times 30-Under-30 honoree for his contributions to Chicago's LGBTQ community and he currently serves on the Ambassador Committee for the AIDS Run/Walk Chicago and as chairperson on the Community Advisory Board for Howard Brown Health, one of the nation’s largest LGBTQ organizations. 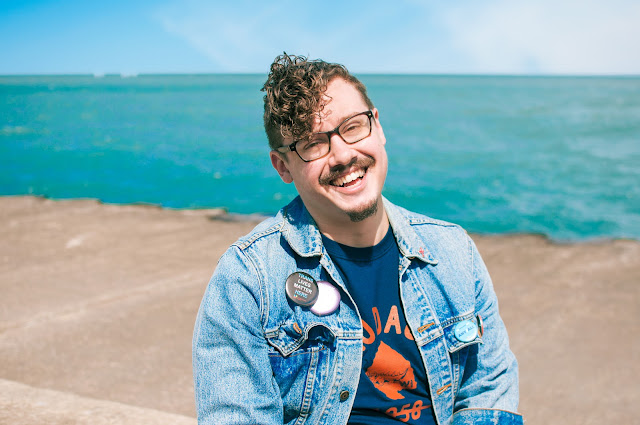 Photo by Matt Percy
Posted by Bonnie Kenaz-Mara at 10:14 PM No comments: