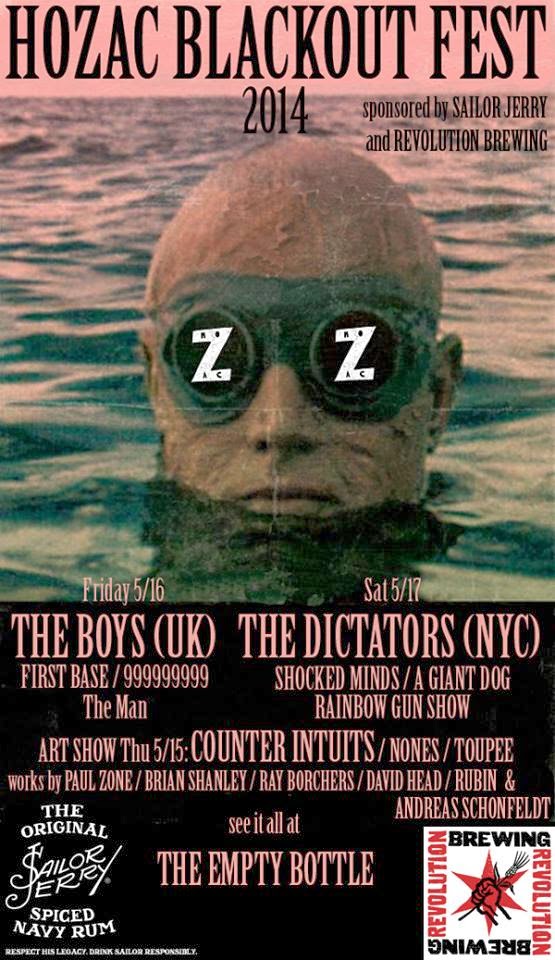 Three Day Passes are already SOLD OUT, but you can still get individual show tickets RIGHT HERE!
Posted by Bonnie Kenaz-Mara at 10:10 AM No comments: 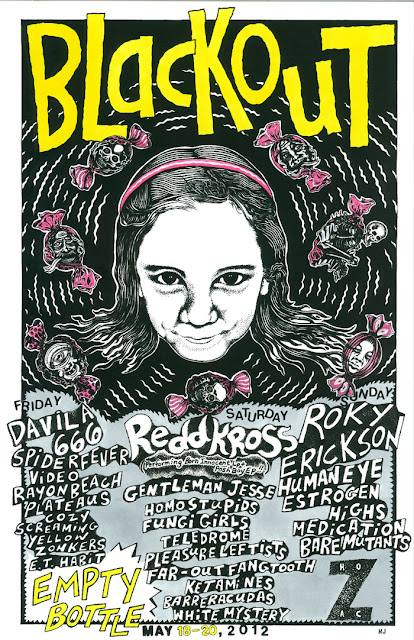 Hozac's Blackout Fest is Back.   If you got tickets, it's gonna be a weekend to remember.

Headlining the second night are REDD KROSS.  Stitching together shards of raging hardcore with pieces of leftover glam infection and delivered with the grace of a drunken chainsaw juggler, REDD KROSS might not be often mentioned in the central spotlight in the early story of LA punk, but their trailblazing is undeniable.GENTLEMAN JESSE & HIS MEN is an Atlanta-based  combo that revels in the bright, energetic power pop sounds of the early new wave era.  Full-throttle, throat-wrenching punk from Cleveland’s premiere skull crushers the HOMOSTUPIDS will likely make the club explode after psych/pop Texas wunderkinds FUNGI GIRLS beguile and seduce the room with their powerfully delicate and cavernous sound.

Another neighbor to the north, KETAMINES create a rush of swirling pop psychedelia and ropes you into a Technicolor world that we never knew existed in Calgary.  Heart-stopping power pop from Atlanta’s BARRERACUDAS and hard pounding rock from ginger brother-sister Chicago duo WHITE MYSTERY open the day’s music marathon.

Posted by Bonnie Kenaz-Mara at 9:09 AM No comments: