The Marriott Theatre transports audiences back to the Golden Age of Budapest in this delightfully scented case of mistaken identity and unexpected true love.

Tonight ChiIL Mama will be ChiILin' just north of Chi, IL, at the press opening of She Loves Me. Since 1975, The Marriott Theatre has been an award winning asset to Chicago's regional theatre scene, with an impressive track record (500 Jeff Award nominations) and world class productions. We're eager to see their take on She Loves Me.

Set against the lavish backdrop of a 1930s Hungarian perfume shop, the Tony Award-winning musical comedy gem, SHE LOVES ME, continues The Marriott Theatre’s 2017 Season, running April 26 through June 18, 2017 at 10 Marriott Drive, Lincolnshire.

Based on Miklos Laszlo’s play, Parfumerie, which then became the inspiration for the Tom Hanks and Meg Ryan box office hit, You’ve Got Mail, SHE LOVES ME features a soaring score by Tony Award-winning composers Jerry Bock and Sheldon Harnick (Fiddler on the Roof), and book by Joe Masteroff (Cabaret). With musical direction by Matt Deitchman, Marriott Theatre Lead Artistic Director and Jeff Award-winner Aaron Thielen directs and choreographs this euphoric comedy.

“I fell in love with SHE LOVES ME twenty six years ago, when I was cast in the show while attending the University of Wisconsin-Stevens Point. Also in that cast we're soon to be Marriott Theatre alumni Guy Adkins and Tari Kelly. I think it's a brilliant show and am thrilled to get the opportunity to work on it again,” says Director and Choreographer Aaron Thielen. “From the details of the props and costume pieces, to the music’s Hungarian influence, we’re really adding the element of tradition back into this already amazing piece. This production is a nod to the folk tradition of the era.”

A captivating jewel-box of a musical, SHE LOVES ME follows Georg and Amalia, two parfumerie clerks who don’t see eye to eye, constantly quarreling on the job. But once the work day is done, the feuding coworkers find solace in their anonymous romantic pen pals, not knowing their respective correspondents are actually each other.  Chaos ensues as a tangle of mistaken identity and hilarious encounters finally bring the soulmates together, leading Georg to realize the animosity between the two may have been nothing less than love in disguise. SHE LOVES ME radiates pure romance through some of the most iconic songs in the musical theatre canon, including “Vanilla Ice Cream,” “Tonight at 8” and “She Loves Me.” 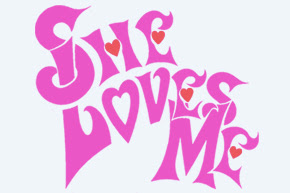 To make a restaurant reservation, please call 847.634.0100. Free parking is available at all performances. To reserve tickets, please call The Marriott Theatre Box Office at 847.634.0200 or go to www.ticketmaster.com. Visit www.MarriottTheatre.com for more information.


In addition to the presentation of classic American musical theatre, The Marriott Theatre has become a driving force in the development of original and re-imagined musicals.

Today the acclaimed theatre sells more than 400,000 tickets a year, and boasts the largest subscription base of any musical theatre! In all, The Marriott Theatre has presented more than 180 productions to an estimated 11 million people! The Marriott Theatre earns lavish praise from critics, receiving a record 500 Joseph Jefferson Award nominations - Chicago's highest theatrical honor for artistic achievement.

Posted by Bonnie Kenaz-Mara at 3:48 PM No comments: